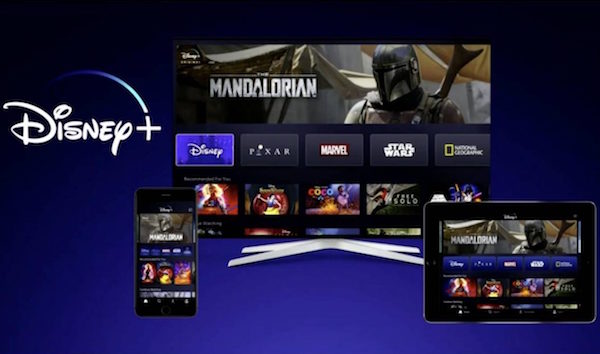 [COMMENT] A long time ago, in a galaxy far, far away…

I’ve been watching some of the columns written by my colleagues the last few weeks, especially those by Dave Morgan. Dave is an unapologetic driver of the race toward OTT and integrated, digital television (as well he should be). He has made some excellent points about the state of the business as it pertains to data, content, media buying and more.

One major point is worth focusing on, and that is the impact of this new phase of digital, which I (and many others) reference as the ‘Streaming Wars’.

The gauntlet was thrown down by Netflix and Amazon Prime. It was picked up and re-thrown by the networks that launched their apps along with the collaboration that is Hulu Plus.

Along comes HBO Go, YouTube TV and the not-so-buzzy DC Universe app — all of whom take the gauntlet and slap you in the head with it.

These have all been big, but things are about to progress to a ‘Spinal Tap-ian 11’ with the impending arrival of Disney+ and Apple’s subscription service, Apple TV+.

Apple wading in is big news, but I think the Disney-fication of the Streaming Wars is probably the most impactful and influential move to date.

The tentpole of the Streaming Wars has been original content, with Netflix leading the charge.

It has spent billions of dollars on original content that attracts an audience and retains them as paying customers.

Netflix recently hit a home run with the Breaking Bad movie, but this has been another homer in a long list of homers.

Netflix has been playing the same brand of baseball as the Yankees this past year — it’s all about the long ball.

What Disney brings to the table is similar, but with a massive emotional impact. Disney is home to the biggest and most important content brands in the known universe.

It has Star Wars, Marvel, Indiana Jones and of course the entire Disney library of content ranging from Mickey and Donald to Captain Jack Sparrow, Winnie The Pooh and even The Muppets.

These are lifelong characters who are ingrained in our childhood.

These are the characters who taught us to distinguish right from wrong, good from evil and how to be a good person. There is strong emotional value to these characters, and now we are going to see the expansion of their respective universes housed in a single location — for a small monthly fee, of course.

Once all of the Disney content is pulled from the other platforms and consolidated into a single location, it becomes a juggernaut of content that also creates original content.

If you read the reviews so far of the new show, The Mandalorian, that content is 100% living up the hype and possibly even exceeding it.

If they deliver on the ability to create original small-screen content and distribute it direct, that becomes a huge competitive advantage.

Great storytelling aligned with emotional attachment creates a uniquely loyal and avid following. What remains to be seen is how these stand-alone streaming platforms will adapt and evolve to either include ads or not.

If they choose not to have an ad-supported model, that has ramifications for cable television.

If they adopt some minimal ad-supported model — such as what we see with online video — but manage that as part of a paid-subscription model, that also has wide-reaching ramifications.

And by the way, don’t overlook that these closed-loop platforms become self-sufficient Walled Gardens on their own that create a data advantage as well.

And so it goes.