Triple Eight is Agency of the Year in FM AdFocus Awards 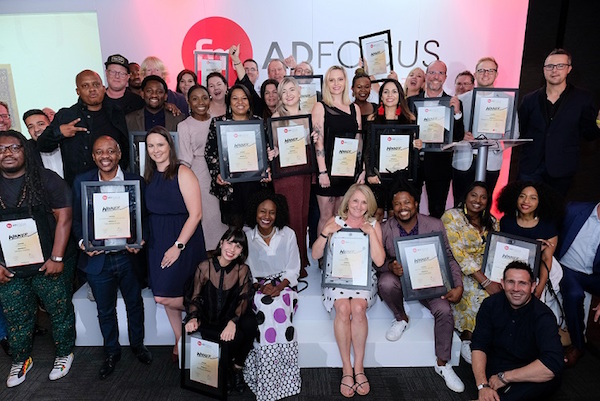 Triple Eight has emerged as the Overall Agency of the Year in the annual Financial Mail AdFocus Awards.

Described as a “socially conscious marketing, PR and digital agency specialising in purpose driven, community and influencer marketing”, by jury chairperson, Phumi Mashigo, congratulated the majority female empowered agency for “being a true testament to the fact that the courage of staying true to your core values does indeed reap rewards. They demonstrated an exceptional business year grounded in a truly phenomenal ethos”.

The AdFocus Awards were launched in 1990 to not only recognise advertising and marketing creativity but also business acumen.

The Lifetime Achievement Award went to Virginia Hollis, whose 35 year career in media planning and buying was lauded by Mashigo as being “nothing short of transformative. Everybody that spoke about her describes a sweeping force and she deserves her flowers”. Hollis was the MOST Awards media agency legend in 2011, and has served on juries from Cannes and the Lories to APEX and AdFocus itself.

FoxP2 took the Financial Mail Tactical Print Ad award for a Ster Kinekor ad created for the FM’s Creative Challenge. “As our Ster-Kinekor print ad for the Joker, placed opposite articles on Boris Johnson and Donald Trump shows, there’s no substitute for the right message delivered in the right place at the right time,” said Justin Gomes, FoxP2’s creative founding partner. The Challenge allows agencies to connect clients’ brand messaging with current news events, and are given free placement in the business weekly.

The MediaShop once again sponsored the wi-fi at the AdFocus Awards event. Other partners included Ornico, Angel Heart Beverages, IAS and Scopen.