Truth, trolls and the media on trial 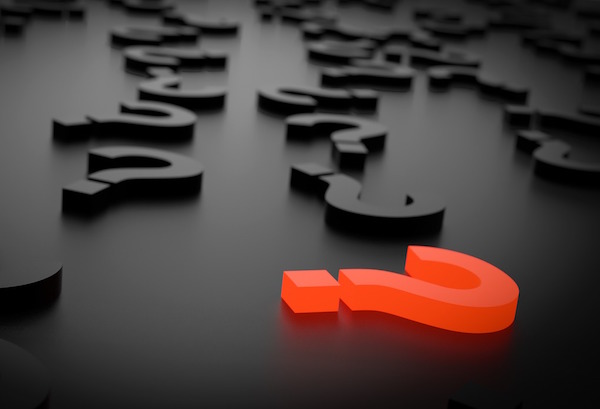 A few hours after the Rugby World Cup final, a Twitter user named Sandile posted a picture of Springbok lock Eben Etzebeth kissing prop Trevor Nyakane on the head, with the caption: “The images the media won’t show us!!!”

The image was lifted from a media broadcast that had literally just been shown to millions of people.

We’ve become used to this sort of idiocy on social media. Who could forget the near terminal stupidity of the person who tweeted a photo from the News24 website, with the caption, “Why won’t News24 show us this!!” (For some reason, this type of user loves exclamation marks — possibly because they’re the perfect tool for those who have substituted emotion for thought.)

When we come across these gaffes, we usually chuckle and move on. We shouldn’t. These scotomisations — a lovely term for the blocking out of unwanted perceptions — aren’t just the virtual droppings of diarrhoeic minds bobbing along in our Twitterstream; they’re the spoor of disinformation agents, and we need to learn to read the signs.

In a similar fashion, the deliberately divisive tweet posted by Mbuyiseni Ndlozi, the EFF “commissar responsible for communications”, seems — even by the extraordinarily high standards set by the EFF — to be blindingly stupid. “Congratulations to #SiyaKolisi … the rest go get your congratulations from Prince Harry.”

Is it possible that Ndlozi doesn’t know there were other black Springboks involved in the Rugby World Cup victory, in the same way that those who post images they claim the media is suppressing don’t realise they got those images from the media?

When social media mutts start yapping about the media not covering a particular topic, the topic itself is largely irrelevant. The important part is convincing people that there is such a thing as “the media”, and that you can use the term to stand in for “the enemy”.

Similarly, Ndlozi’s churlish attempt to create stark fissures in the all-too-rare national unity we experienced after the World Cup victory is not primarily about articulating an entirely defensible point, namely that South Africans are too easily seduced by the window-dressing of sporting success. It’s about tossing a crude weapon out to the crazy gang: a White Monopoly Cup to echo the White Monopoly Capital trope amplified for the Guptas by the late, unlamented public relations agency Bell Pottinger.

These tricks are all part of the language of disinformation — propaganda weapons backed up by mass troops of bots, sock puppets and dupes. And, unfortunately for the media, we can no longer rely on our armoury of truth and ethical journalism.

This is now an arms race, and the rules have not so much changed as been rendered irrelevant.

A prime example of this is the case of journalist Barry Bateman and his use of the second-most insulting P-word (after “politician”) in relation to the EFF’s Beloved Leader, Julius Malema.

To recap, for those who have forgotten: Bateman was interviewing Malema at a press conference about two separate incidents. The first, charges against Malema for illegally firing a gun at a rally in East London. The second, charges against him of aggravated assault, stemming from footage released of him and Slightly Less Beloved Leader and celebrity rugby fan Ndlozi allegedly in an altercation with a police officer at Winnie Madikizela-Mandela’s funeral.

When Bateman pressed Malema on whether he had indeed assaulted the policeman, he responded (according to News24): “I wish I did that, I wish I assaulted him. Now that it’s a real issue, I wish I did the real thing, proper. I regret not doing it. So that I deal with real stuff. Me, I’m not scared, boet, uniform or no uniform. Afrikaner or no Afrikaner. White or pink, I deal with you decisively.”

On the surface, many of us would sympathise with Bateman. Malema, a man who has already twice been convicted of hate speech, blatantly tells us he wishes he physically assaulted a police officer, and threatens Bateman with physical harm. Bateman responds, inadvertently thinking he is off air, by calling Malema a word that many people mistakenly believe is a tourist attraction in Cape Town.

Malema, that delicate commander-in-chief of a plucky yet sensitive bunch of freedom fighters, is mortally offended and refuses to accept the apology Bateman is forced to make by his employer. Eyewitness News suspends Bateman, and docks him a month’s pay.

Many people think this is scandalous, especially those pasty edgelords of the internet (people who try to seem edgy by saying provocative things). They are quick to see this sort of thing as an attack on freedom of expression, and are always poised to point out double standards, perceived or otherwise.

One tweeted: “The best part of this is that you just know every political reporter and editor in the country is calling Julius a p**s right now, while simultaneously watching EWN [Eyewitness News] and Sanef [the South African National Editors Forum] trying to sell Barry Bateman down the river. Hypocrites.”

And, indeed, it does seem a bit annoying that journalists should be held to a higher standard than politicians. But in this case, both Bateman and Eyewitness News did exactly the right thing.

The standards for ethical journalism become much more important in a world in which every weakness is turned into a disinformation weapon, and where memes and hashtags are used as markers of opposing ideologies, stripped of meaning but loaded with power.

Bateman’s insult, for example, was seized upon by both the populist Left and the puerile Right. One of the improbably named hosts of the Retrograde Report (sorry: Renegade Report) — its motto is “A podcast which creates a safe place for dubious ideas” — immediately launched a fundraiser to replace Bateman’s docked salary.

Though this may be defensible from a humane point of view, it also provides ammunition to those looking to call Bateman’s journalistic objectivity into question.

Sanef hinted at the problem in its comments on the episode: “Sanef does not condone unprofessional behaviour on the part of any journalist. However, we believe this should not be used as an excuse to trigger an all-out attack on the media and journalists as a collective.”

As Sanef nervously predicts, the actions of individual journalists will be used to stand in for the industry in its entirety, in the same way that US President Donald Trump has used errors and apologies by The New York Times to accuse the media at large of “fake news”.

The EFF immediately jumped at the opportunity to undermine the credibility of journalism as a whole, based on the actions of one reporter, by saying: “It is obvious that Bateman could swear at the EFF president, Julius Malema, because SA journalism has allowed, condoned and promoted biased reporters.”

It’s not a great place for journalism to find itself: having to self-censor and second-guess every interaction with politicians and audiences. Journalists will have to learn to write and publish defensively.

First Draft News, an organisation dedicated to fighting disinformation online, even suggests, as two of five questions journalists should ask themselves before publishing an article: “Does my story feature an image or video that can be easily manipulated, misinterpreted or taken out of context?” and “Am I confident that the headline presents the information in a way that will not cause confusion or amplify falsehoods?”

At this point, if you’re not a journalist, you might be asking where you fit in. Unfortunately, there is no neutral ground in this fight, and no place for spectators to watch from the sidelines.

In the new world of social media platforms and networks, if you consume media you are part of the media. The same vigilance that is demanded of journalists is demanded of you.

The great victory of the peddlers of disinformation is that they have made us doubt that there is a truth.

It’s up to us to redefine what truth is, and help it spread.

Chris Roper (@ChrisRoper) is deputy director at civic technology and data journalism outfit Code for Africa (@Code4Africa). Roper is a veteran digital strategist with more than 15 years experience in different newsrooms implementing digital programmess for the changing media landscape and as a means to creating better journalism.