A wake-up call for radio. It’s later than you think 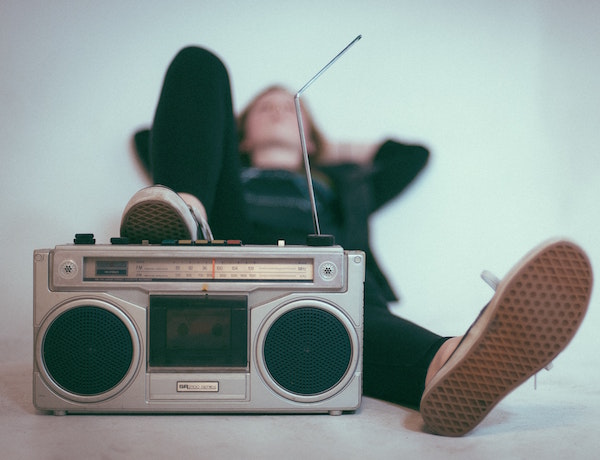 “Advertising as we came to understand and enjoy it is dead.”

Radio practitioners, myself included, convinced of radio’s resilience as evidenced over time by its ability to withstand competition from new platforms, have been clinging to the false hope that, post-Covid, the industry would miraculously bounce back to its former glory.

That glory started fading long before the current crises. During the ongoing pandemic, media consumption across most platforms, for obvious reasons, skyrocketed. Unfortunately, ad spend headed in the opposite direction.

I am generally an optimist. A glass-half-full kind of guy. But it’s time to wake up and smell the coffee. Let’s take a sobering look at the brutal facts.

This article was occasioned by something I read in the Economist, which conducted extensive research into the current state of the global advertising and media industries. The survey included the biggest and most powerful global ad agencies such as Group M, the biggest globally in terms of billings, Publicis Groupe, third biggest in the world and Interpublic, another large agency group.

Please note, all of these agencies have branches in South Africa and on the continent. Leading research companies were also consulted.

Here are the findings most pertinent to the radio sector:

On average, global ad spend is expected to be 10% lower than in 2019. No surprise there. Rishad Tobaccowala, who advises Publicis Groupe, likens it to an asteroid strike: “The Earth will go on. But some dinosaurs will die.”

Buyers are getting ready to spend, but most of their money will for the first time go online. That means less money for offline advertising, including print and radio. Most of the ad spend that was pulled during the recessions of 2001 and 2009 never came back. Let’s see how that’s panning out in the current recession. According to the research firm, MoffettNathanson, ad spend may return to pre-pandemic levels as early as next year. The reason? In a word: Internet.

According to the Economist, in 2001 digital advertisers spent 5% of America’s ad mix. In 2010, advertisers spent twice as much on print and radio as online, even as people were spending more time with computers and smartphones than with magazines or radio. And here’s the kicker. Eventually, companies that pulled radio and print ads in these downturns realised they didn’t need them. Gulp.

Old school formats are under huge pressure with print predicted to take the biggest knock. Radio and linear TV are also in the cross-hairs. In fact, the cracks are already starting to show. Video streaming services are forging ahead with new ones on the horizon, some of which will offer advertising.

According to MAGNA, a research arm of Interpublic, digital will be flat, or even tick up. The internet draws in new advertisers and persuades existing ones to spend more. The biggest beneficiaries, of course, are going to be Facebook and Google which are slated to increase their share of digital spend from 60% to 70%.

Amazon is breathing down their necks and WhatsApp has yet to start monetising. The next frontier is gaming, which has come a long way since 1993 and is now a bona fide communication platform. In some instances, gamers are rewarded for watching ads embedded in the games. Last year King, which makes the Candy Crush games, took $150 million in net ad bookings.

Mary Meeker of Bond Capital, an investment firm, observes: “There is one final – and vital reason for the resilience of digital-ad spending. Whereas a decade ago it bore little relation to people’s actual media habits, today it is closely aligned with how they while away their time. Those habits’ further evolution will also favour digital ads. Mobile screens have overtaken TV as the biggest grabber of people’s attention”.

So, can radio, which is facing possibly its greatest ever existential crisis, adapt to this Brave New World, or will it die?

Muller asks some interesting questions: Does the radio sector need to be reconfigured? Do we need to go back to square one? The usual response is to fall back on price and offer compelling discounts. When your station is drowning in distressed inventory, that is a viable short-term tactic, albeit the equivalent of the proverbial band-aid over a gaping wound.

Let’s unpack Muller’s observations: Reconfigure the sector? I believe radio will evolve and that the reconfiguration will happen over time. Perhaps a summit conference of radio stations is called for? How about going back to square one? Either way, it’s time for radio to up its game.

Much time, effort and money is spent on research and marketing to attract bigger audiences in the belief that that is all that is required to attract ad spend. As important as that is, it’s only half the job. If you live by the numbers, you’ll die by the numbers. The key is developing strategies to package whatever audience your station has attracted. Don’t count the people you reach. Reach the people who count.

Before we succumb to the doom and gloom of the prognosticators, let’s remind ourselves of some of the positive aspects of radio that make it unique.

Firstly, radio is ubiquitous. For a long time now, radio has been a utility like water, gas and electricity. In fact, people in many parts of the continent have more access to radio than they do to running water and electricity. It’s a companion, an accompaniment to other activities, it tells us what’s happening in our world, alerts us to changes in the weather, traffic conditions, what’s new, what’s trending and what to look out for. The list of attributes, including its intrusiveness, goes on. What would drive-time be without our favourite radio station?

No other platform can claim the same relationship with its consumers that radio can. So we take it for granted and in the process forget how to sell this powerful  medium in a way  that makes sense to advertisers. We fall back on price, which is really a perception of value. It’s the radio rep’s job to take the focus off price and put it firmly on value and that requires ongoing training and skills transfer.

Those stations that get more than their fair share of adspend are the ones that  train their salespeople to become solutions providers and professional radio marketing consultants. The most ludicrous response is: We just can’t afford training right now. Well, it’s a lot less expensive than Business Rescue.

To quote Abraham Lincoln: “If I had eight hours to chop down a tree, I’d spend six sharpening my axe.”

So, get out those axes and get sharpening. It’s later than you think.

Stan Katz is a renowned radio sales and marketing expert with over forty years of experience. In conjunction with fraycollege he has launched the Ultimate Radio Sales Course online.