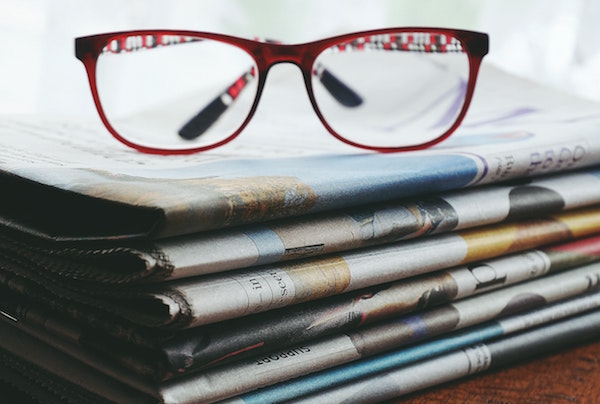 While the media in South Africa has been through hard times, readers are still loyal and still looking for quality. And they’re even gearing up to pay for it.

Journalism would be nothing without clichés. A former Financial Times colleague of mine, writing the front page piece of a supplement on Italian banking 30 years ago, opened fabulously with “the skies over Milan are blackening with the wings of economic chickens coming home to roost”.

That’s pretty well unbeatable but most people’s views about the media in South Africa are a bit clichéd too. We’re falling apart, juniorised, mired in ‘fake news’ and incompetent.

I think that’s a bit unfair. Almost nobody is making money out of quality media in this country and newsrooms at newspapers, radio stations and television channels are squeezed so tight you can hear them squeak. But, at the same time, there’s real quality in all of those places.

What has changed are reader loyalties – where the audience read one newspaper and listened to one morning show on the radio and watched one channel’s evening news, they now pick and choose.

I know I do it. I follow bylines. I read people I know are good, regardless of where or with what technology they are being published. At 8pm I flick through the television channels to see for myself who has the most compelling lead.

Our media has a bright future. There’s a lot of talent being groomed at places like Daily Maverick, and Lebashe, the new owners of what was Tiso Blackstar, now Arena Holdings, are going to take in a host of trainees in the coming few years, coronavirus withstanding. AmaBhungane is arguably the best team of investigative journalists in the world. The Citizen newspaper has vastly improved.

Add to that the simple fact that we live in a democracy where I have not heard a serious threat uttered to the media in years and the fact that South Africa is a seriously compelling story, and all the ingredients for survival and growth are in place.

A downtrodden economy doesn’t help, but it would be wrong to blame that for the state of some of our newsrooms. Owners matter and very few publications of any merit in this country are run and owned by actual publishers. We forget, in fact, what a publisher is supposed to be – someone, preferably in a frayed jersey, old shoes and broken glasses who gives his or her all for the publication.

Never underestimate passion in a publisher

I’ll get myself into trouble here but in all honesty the only real publishers in South Africa right now are Engineering News’ Martin Creamer and Daily Maverick’s founder, Branko Brkic. There isn’t anything (legal) he wouldn’t do to keep his ship afloat. The rest of the media worth reading is owned by rich people or companies who see their titles as businesses there to deliver profits into their pockets. It’s the same the world over, I know, but it still leaves a nasty taste when you see it happening.

The Daily Maverick has done really well. I think the bigger newspaper groups, particularly mine (Times Media, Johncom, Avusa, Times Media Limited, Tiso Blackstar and Arena Holdings) gave it space when they should have been taking it more seriously. Never underestimate passion in a publisher.

For much of the past decade, a parade of owners and managers has mistaken myth for truth and has regarded the Independent Media group as its opposition. But it never was. Daily Maverick is. The Independent papers may well become a competitive factor again when his creditors take them out of Iqbal Survé’s hands. But right now, they are of a very poor quality.

The big events of the year though have been and will be the impact on television news of Newzroom Afrika, a really feisty, professional and highly watchable replacement for the Gupta family’s ANN7. Newzroom Afrika will have given e.tv’s eNews and eNCA a real fright.

In fact, you can see the fright actually occurring on your screens as you watch eNCA programming change and strategies fly out the windows along with senior news executives. This is good and healthy competition. eNCA had that space all to itself and became complacent and arrogant and now it has to fight for its life.

In print, the sale of the Tiso Blackstar media business to Arena is highly significant. Arena didn’t have to borrow money to do the deal and that means their approach to the titles (Business Day, Sunday Times, Financial Mail, Sowetan, Daily Dispatch, the Herald and the Weekend Post) could be very different.

These titles have been stretched over the past few years and the prospect that editors might now be able to even think about acquiring new resources, perhaps poach back stars they have lost and to dream a little bigger is, for them, real and exciting. Newspapers need publishers to love them. I understand the pressures on previous owners but I sure hope the pressures on the new owners are at least different.

It makes an enormous difference building a new digital future on the back of an established print brand, which is where Arena Holdings is now. The Financial Times, the Washington Post and The New York Times have all proved that the mix of print and digital is potent if it is managed carefully. Simply going online doesn’t always work though – whatever happened to the Huffington Post? Or the Daily Beast?

The battle ahead is online

For me, the big battle ahead is obviously online. In South Africa the Arena titles face a daunting array of competitors, all of them available for free, while the Sunday Times, Business Day and the others earn their money through subscriptions. It means they have to be much, much better than the free competition.

They are not there yet but they could be. I see regular figures showing an amazing growth in reader traffic to articles behind paywalls in Business Day or the Financial Mail. An example popped up in my mail as I was writing this article. In less than a week in mid-January almost 33 000 customers paid to read Carol Paton’s take on opposition inside the ANC to President Cyril Ramaphosa.

In the FM in the same period more than 10 000 paid to read FM deputy editor Natasha Marrian’s column about the deputy president. The week before, nearly 50 000 subscribers read Karyn Maughan on the public protector’s battle with Ramaphosa.

So the paywalls are working – provided people want to know what’s behind them. The big battle to come is over the talent required to persuade more people to pay.

Over at Naspers, Koos Bekker is happy to provide a really good News24 and Fin24 free to the public. It keeps the Arena group (the Sunday Times and Business Day in particular) in its place. But if you happen to be Afrikaans speaking you’re toast and you have to pay to read pretty much the same stuff that’s free in English [News24 announced it would be introducing a readers subscription service in July 2020. Ed]. That’s because there’s no competition.

The survivor here is going to be the subscription model, I’ve no doubt. But it’ll take a long time to settle.

This story was first published in The Media Yearbook 2020.

Peter Bruce, a well-known columnist, was editor-at-large at Arena Holdings (formerly Tiso Blackstar Group) and editor-in-chief of Business Day, Financial Mail and ABC, the broadcaster of the Business Day TV, Home and Ignition television channels. He was editor of Business Day from 2001 until August 2012.