Seven days on Twitter: Finally, a president in the dock 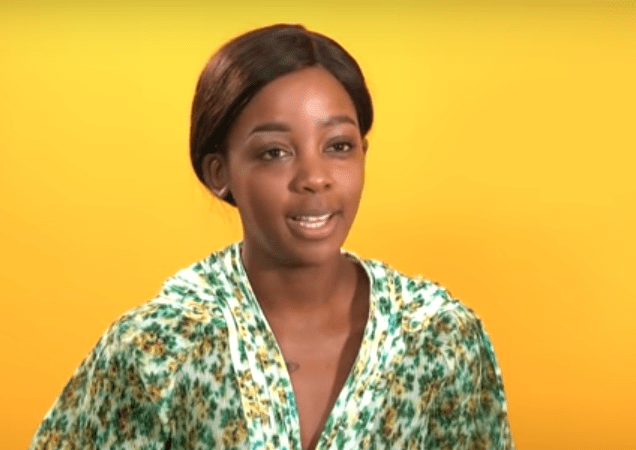 Good news this week was that actress Thuso Mbedu will star opposite Viola Davis in The Woman King/Wikimedia Creative Commons Attribution 3.0

President Cyril Ramaphosa took the stand at #StateCaptureCommission. I got out the popcorn, moved the TV into the bedroom and settled in to watch what promised to be incredible viewing, but day one was a snooze fest. I think Pretorius asked three questions and with that, four hours were gone. Safe to say I had to get up because I would have fallen asleep.

Reluctantly I tuned in yesterday and finally the legal team and #Zondo were back from the trance the President spun in the first 24 hours. Yesterday the legal team got #Ramaphosa to admit that a lot was rotten in the state of South Africa and he insinuated that the entire #ANC was captured by #Zuma and no one had a free will during the last of the #ZumaYears. (I’m still on the fence btw.) He said that the #ANCDeploymentCommitte made some horrific appointments that were pushed through the system, like #AnojSingh and #BrianMolefe. He repeated himself a great deal, citing the “cleansing” and a “renewal” of the ANC; he even went on to describe the renewal as painful as the fictional rebirth of the Eagle.

#Pretorius said the media accused the commission of acting with #KidGloves on day one and day two would be different. It was. It was riveting. The #CR17BankStatements came into question and the President says (if you believe it) he didn’t know who donated to the campaign it was “kept from him”. I don’t get this bit, the #Ramaphosa I know has an innate talent to bring in the #Madibaz and the only reason the ANC retained power after #ZumaMustFall was its leadership by #Ramaphosa. How on earth did he not know what money came in and from where? There was a discussion about #VoteBuying and as it rolled off his lips, I was horrified that we even have a term for that.

Is that why the #EFF are bleating about old people that don’t vote for them when they promised to? Are you paying them, Juju, is that why you’re shouting at the gogos? The testimony was loaded with electioneering rhetoric but #Zondo kept bringing it back to the reality of the situation and that was an agenda of self-interest and corruption. The #President returns next month in his capacity as #President of the nation and not just #President of the ANC. I’ll be there and I’m sure you will be too. With an engagement of 1.2 million over the week and a quarter of a million items in media in less than seven days, this is one of the biggest stories this year.

#SupraMahumapelo made media headlines as he battles his five-year suspension. He will appeal it, I’m not sure why. His punishment for bringing a province to its knees? “Mentoring” by none other than #ThaboMbeki. #Mentoring? I must be honest, I was a little envious. Imagine spending time with #Mbeki and learning about life through him. He was a President that suffered severe criticism but next to #Supra he looks like a #SuperHero, and that “punishment” won’t make others quake in their boots. I mean, come on? I’d take the suspension with a smile and think of my future self after such “mentoring”.

You’ll remember #Mahikeng burning a few years ago and today suffering from being gutted by #Mahumapelo’s regime. I’m sure the people living there would be thrilled to sit under #Mbeki’s wing for the next five years. WTA? Supra is not happy, though, and he will be appealing the suspension. Everything you see with Mahumapelo is a lead up to #AceMagashule’s #stepaside notice, so watch carefully.

Sexwale’s claims of the #HeritageFund have been rubbished and will be investigated. The number he is bandying about is 41 #quadrillion, (new word this week) that is missing. Point of reference, #Tokyo, that is much more than the entire world’s GDP. Sit down, #Sexwale.

Over 40 prisoners escaped, and we managed to return most of them (18 still on the run) to prison but some are gone; this is not a new story, I have personally been involved in a court case where the criminal (who confessed to his crime) escaped five times before he finally was killed in one of the crimes he committed on his last escape. We can’t even keep the jail doors closed.

I must talk about the #CubanEngineers. What on earth was that story about? Money laundering? (Oh dear, did I just write that?) Well it’s the only thing that makes sense when you pay a fortune for a skilled resource you already have and for flying in (with great fanfare), a set of people that cannot work in South Africa and are currently having a holiday at our expense while almost 50% of the youth are unemployed. What are you doing guys? We aren’t stupid; we might be blindly loyal, but not stupid.

One story that cheered me up immensely was the #LobolaRefund in Zimbabwe. The court ruled a husband may get a refund on his lobola payment if the wife cheats. Fair enough? #KatlegoMaboe, the #outsurance dude, who’s career disappeared overnight, was nominated for a #SAFTA. A story of national pride crowned the week, as #ThusoMbedu joins #ViolaDavis in #TheWomanKing.

Western Cape is #watershedding as the water turns to muck in their taps. Headlines read that we are in a great deal of trouble as 50% of our water supply may be compromised. #Mango left its patrons stranded as their flights were grounded and then after a lull, got back into the air, but the damage is done; it’s unlikely we’ll be flying Mango again. Nafiz #Modack was arrested in #Kilian slaying and a 14-year-old was charged with Lufuno’s assault that led to her suicide. Our children in the dock – what have we become? Then we witnessed #CricketSA implode.

Just when we thought the headlines would slow this week, this morning the news broke that Zulu Queen #MantfombiZulu passed away suddenly today, this after her short reign as Queen of the #ZuluNation.

To conclude, last week I got calls from all over the world asking about my well-being after a misplaced letter made its way from social media to b-stream media and then to News24 and then to television headlines and then to international headlines. This was a perfect display of how not to use the media. The true story was far from anything you saw on the TV. I’m right next to the property in question and I’m so fine, watching sunrises and sunsets with relish, blissfully ignoring #ElectionRhetoric.