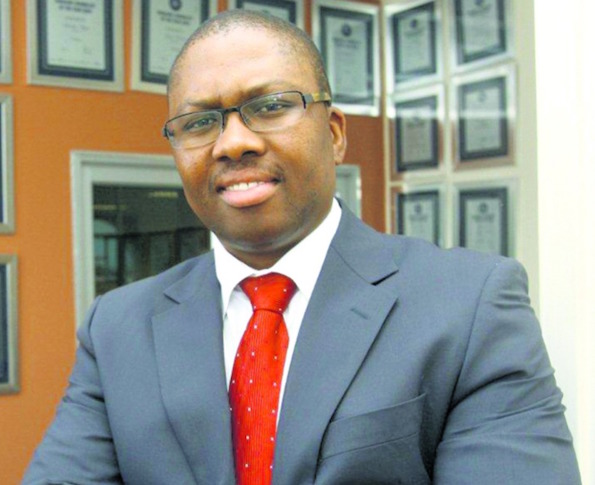 Former Daily Dispatch publisher and TV production guru Nkosinathi ‘Nathi’ Maramnco has died. Maramnco succumbed to Covid-19-related complications on Sunday. He had been admitted to hospital a few days earlier.

At the time of his death, Maramnco was COO and MD of Quizzical Pictures, one of South Africa’s leading film and television production houses, based in Gauteng.

Quizzical is an award-winning creative innovator in the industry, with shows that include TV hits such as Beyond The River, iNumber Number, Intersexions, Heartlines, MasterchefSA, Rhythm City and A Country Imagined.

Maramnco’s passing was confirmed by colleague and broadcaster Given Mkhari.

“May the Lord comfort his wife Zandile, children and his family.What a gentleman, brother, friend and colleague. Farewell, brother,” Mkhari said.

Maramnco had been in the media and entertainment industry for almost two decades, previously serving as MD at Zanathi Holdings, deputy MD for broadcast and content at Tiso Blackstar Group, former owners of Times Media Films, Gallo, Ochre, Business DayTV, RiseFM and VumaFM.

Before this, he filled publisher positions at the Dispatch’s sister publications such as Business Day, Financial Mail, Sowetan, Sunday World and The Herald.

Everyone who worked with Maramnco regarded him as a gentleman. He was loved and respected by all who worked with him, but his real strength was his exceptional business acumen

Maramnco was chair of RiseFM (formerly known as MPower), and until December 2013 also chaired the then SA Press Association (Sapa) board.

He previously served on the boards of the SA Audience Research Foundation, Sapa and Project Management SA.

He held an MBA from the University of Cape Town’s Graduate School Of Business.

Dispatch general manager Ryan Megaw said: “We are shocked by this news. Nathi was formerly our general manger and publisher for several years.

“Everyone who worked with Nathi regarded him as a gentleman.

“He was loved and respected by all who worked with him, but his real strength was his exceptional business acumen.”

Former Dispatch and Sunday Times editor Bongani Siqoko described Maramnco as a hard worker who fought for his staff.

“I worked with Nathi when he was sent from head office to manage the business in the Eastern Cape.

“I was deputy editor of the Daily Dispatch at the time. We worked very well together and were able to achieve a lot of things that he set out to achieve.

“He fought hard for the Dispatch to get the resources that we desperately needed to do our job.”

Details of Maramnco’s burial were not available at the time of writing.

However, the Dispatch understands that he will be buried at his home in Bethlehem, in the Free State.

This story was first published by the Daily Dispatch.