Audio strategy: Ours for the taking 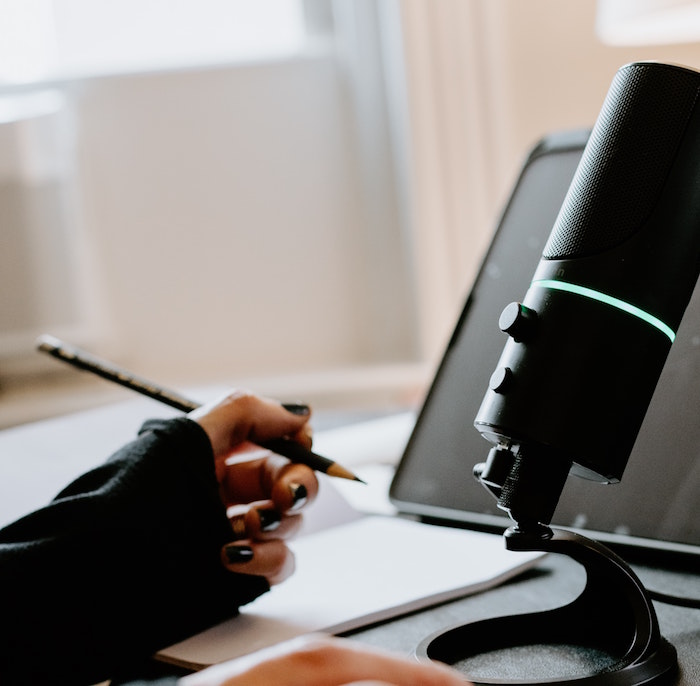 Like it or not, media strategists see radio as prohibitively expensive and not competitive/Unsplash

In the present zeitgeist, there is an incredible opportunity for audio growth and advertising – if we’re savvy enough to grasp it.

Like a slow-moving storm sitting on the horizon, digital audio has been threatening for some years to wreak havoc on the existing radio landscape. We’ve been fearful. We saw what digital did to print, scattering audiences to the wind and wrecking pricing. How could radio possibly avoid the same cannibalisation of its audiences by digital?

But then something remarkable happened. The storm hit and the Listening Revolution happened. People started consuming audio like never before. Across the globe there was a surge in music streaming, podcasts and audio books. Meanwhile, the widespread adoption of smart speaker technology such as Alexa and Siri meant audio became an integral part of our daily lives.

Audio is now seeing the same surge that video experienced during the internet explosion in the first decade of the century.

South Africa is not exempt from this. Just look around. In cars, buses, taxis, gyms, on the street, people have listening devices in their ears in a way that just wasn’t happening five years ago. Thirty-nine percent of South Africans consume online audio each month. Over 4 million South Africans listened to a podcast last month (Infinite Dial research), while Spotify offers advertisers access to over 500 000 ‘freemium’ customers. Although not at the levels of developed countries, digital audio in South Africa “is likely to grow, perhaps rapidly” (Infinite Dial).

But perhaps the real story of South African audio in 2021 is that 91% of South Africans are still tuning in to traditional radio every week. We’re actually listening to more hours of radio each week than we were last year (Broadcast Research Council Q1 2021 Interim).

It’s clear that digital audio is not cannibalising traditional radio. In fact, digital audio has the potential to completely revitalise radio in this country.

Audio has become sexy again! We’re all now in the audio game: radio, podcasts, streaming – it’s all one and it’s all audio. The key is integration. It’s about reaching your target market through their ears whatever they might be listening to.

Chris Borain, head of digital at United Stations and AME, says, “Every marketing proposal that we present to our clients includes both terrestrial radio and digital elements, to ensure that we achieve their marketing objectives.”

A well-crafted audio strategy media plan also allows you to maximise your budget. The high cost of radio in South Africa has traditionally meant an ‘always on’ strategy is out of reach for even the biggest brands. An integrated audio strategy brings ‘always on’ back into play by combining an audience buy of your defined target market across radio, podcasts and streaming based on budget.

For example, I might spend 60% buying my predefined audience on a cost per thousand (CPT) basis on radio. Then another 20% on inserting my audio commercial as a pre-roll into Spotify music or international podcasts such as Joe Rogan or Business Wars – but delivered only to South African listeners who fit my target market. The final 20% goes to tactical promotional campaigns on chosen radio stations to drive lead generation and sales.

A good audio strategy media buy will hit your target audience with minimal wastage while still making use of radio’s traditional strengths of listener engagement, credibility and response. Meanwhile, including a digital audience buy with zero wastage and greater cost efficiency means you can stretch your campaign period over a significantly longer period.

We’ve got a real opportunity to shift spend to audio on a sustainable basis. Grow the audio pie and we’ll grow existing radio spend. In the above example, 80% of the campaign spend still goes to radio.

It’s an appealing prospect all round. But there’s one sizeable obstacle in the way: the cost of radio advertising in South Africa.

Like it or not, media strategists see radio as prohibitively expensive and not competitive. “Radio has become extremely expensive over the last 10 years,” says Celia Collins, general manager: Africa at Omnicom Media Group. “The increases were based on demand and not audience, and now radio finds itself in a scenario where other mediums are less expensive, if taken back to a cost per thousand.”

It doesn’t help that our radio industry has been reluctant to adopt CPT, even though it is a common measurement for TV and digital and for radio overseas.

Park Advertising group managing director Chris Botha adds, “To get effective coverage of South Africa with radio is impossibly expensive. Regional radio needs a complete rate reset to find its way onto the media schedule in a meaningful way again.”

That’s scary talk for our industry at a time when we have a golden opportunity to secure the future. Collins puts it bluntly: “If radio wants to stay in the media mix, it is going to have to find a way to re-evaluate how rates are set, what the audiences mean to the advertiser along with streaming, and how to reach these people digitally.”

There’s no simple answer to the problem, but that doesn’t mean there aren’t smart ways of making radio cost competitive without kickstarting a ‘race to the bottom’. It’s a huge challenge for the industry (and it’s a bigger discussion for another day) but, if we’re serious about embracing the concept of the audio strategy, it’s a challenge that we need to address collectively as an industry.

Opportunities like this don’t come along too often. Let’s be the generation that grasps it.

With 20 years’ experience in creating radio solutions for marketers, John Walls went on to co-create independent specialist radio and audio agency, Ultimate Media. With a focus on integrated, content-based creative audio solutions, Ultimate Media has successfully worked with nearly all of South Africa’s top brands over the last 10 years of its existence.