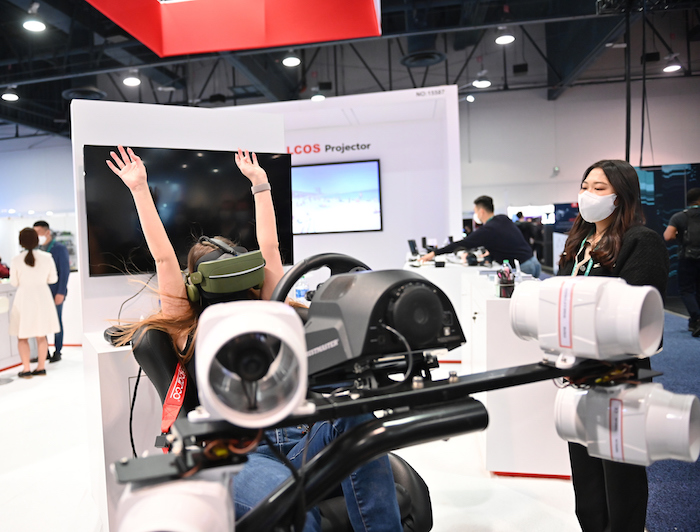 I originally started writing this last week, sitting on a bench just outside the C-Suite venue at the Aria in Las Vegas, an area normally teeming with media and marketing industry leaders during the annual Consumer Electronic Show.

What was for decades a show about the latest in consumer electronics gadgets has, for the last 10 years, become a key go-to event for many of those in the world of advertising — eager to gain some rub-off buzz from being around the latest innovations in consumer technology.

For all of the right reasons — the recent surge of Omicron infections — the vast majority of those folks are not here this year. Despite the absence of many friends, colleagues and industry market-makers, it’s still a very good CES. I’m very glad that I came.

First, everyone is vaxxed, masked and respectful of each other’s space. I’ve not felt unsafe, even once, and I applaud the organisers and everyone in the Los Vegas hospitality industry for doing such an amazing job.

The consumer electronics companies are here to tell you just what you’re looking at. I have never been able to see as much on the show floor as I have this year. If you care about where the world of smart and connected TVs is going — and I do —  this has been the place to see it. The same for cloud gaming, personal headsets and device controllers.

The cool gadgets that you’d never otherwise spend time checking out are here. I saw Sony’s electric cars, some unbelievable drones, and more innovations in digital healthcare devices than I could have imagined.

I have had many great conversations with fellow attendees. While there aren’t 180 000 people here this year, there are many tens of thousands in attendance, with quality over quantity for the meetings taking place.

Even with fewer attendees, the networking has been surprisingly strong. Longtime exhibitors like Prohaska Consulting still had its pop-up booth at the Starbucks in the Aria. I have had no shortage of serendipitous bumping-into conversations on the convention show floor and hotel walkways, and had a full slate of meetings at restaurants, bars and coffee shops.

The content sessions were strong as well, particularly those with in-person speakers. They were well-attended, whether in the C-Suite talking NF’s and electronic art, or at the convention floor meeting rooms hearing about the future of ad measurement across linear TV and CTV.

This has been a very different CES, but by no means a bad one. For anyone who cares about where consumer technology is going, this is still  the place to be.  My only complaint: I didn’t stay long enough this year.