FREE TO READ: The Media’s age of the agency issue 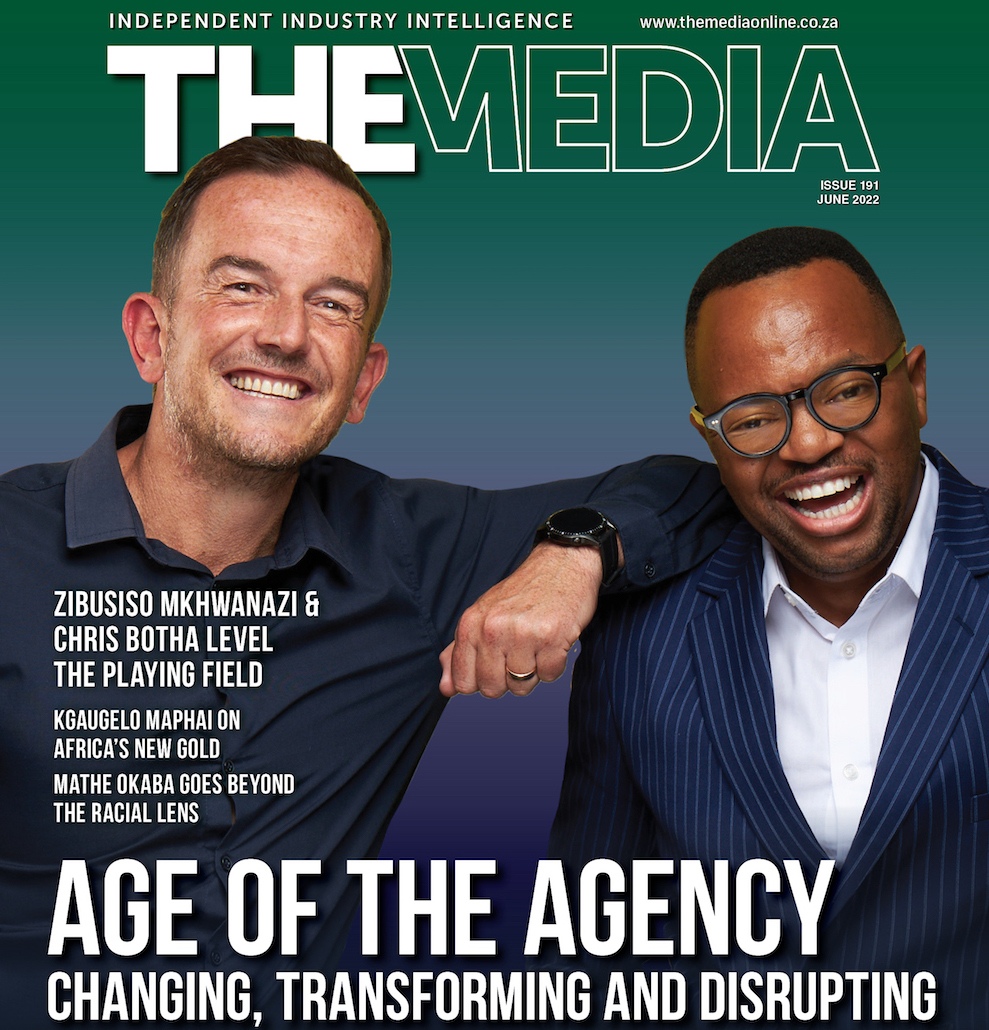 Cue 2022 and every agency is digital. Some creative agencies are buying advertising space. Some media agencies are developing creative and content. Brands are taking agency skills in-house, or operating hybrid models. The Covid-19 pandemic spurred digital transformation at an unprecedented rate. Client agency relationships are even more complex. Communications agencies have to master everything from social to video to content to native advertising.

And data is everything.

It was this that got us thinking about an issue of The Media dedicated to agencies.

The year opened with a renewed focus on the issue of transformation in the media sector. The Media Advertising and Communications (MAC) Charter is back at the head of the queue, and government has created a MAC Council to make sure it stays there.

But transformation is so much more complex than a government-mandated, tick-the-box exercise.

To get an idea of the macro view of the agency space, we asked the Matrix Group’s founder and chairman, Kgaugelo Maphai, to write a thought leader around why he chose to launch an integrated pan-African communications group. His starting point is his belief that “lines within marketing are becoming blurred on a day-to-day basis purely because brands are starting to realise that the power rests in the hands of the consumer, not in theirs”. And he absolutely believes that Africa, the continent with the highest youthful population, will make its mark on the global stage.

Then there’s the partnership between Zibusiso Makhwanazi, founder of M&N Brands and Avatar Agency, and Chris Botha, CEO of Park Advertising: in an effort to boost the earning power of black-owned media agencies, they have launched AMA, an agency determined to claw back some of the 80% of income that goes to the global networked agencies operating in South Africa. AMA, they say, has the buying power parity of its global counterparts, with more than $200 million in credit facilities – along with the benefits of bulk buying with local and international media owners.

CEO of the Association for Advertising Communication, Mathe Okaba, outlines how the organisation took deliberate steps to make it a more “inclusive and accessible organisation, rooted in a new membership proposition”. At the same time, she says, the ACA has moved beyond simply viewing the industry through a racial lens – media businesses also have to provide for greater diversity, equity and inclusion.

These are big, important reads. But we also wanted to publish insights, be they views or trends, from a number of players across the media sectors to give readers a broad sense of what agencies think we should know. It makes for interesting reading.

Got to love it.