LATEST NEWS
Home Out of Home Invest and innovate: Why SA is a showcase for OOH in Africa (With Pics)

Invest and innovate: Why SA is a showcase for OOH in Africa (With Pics) 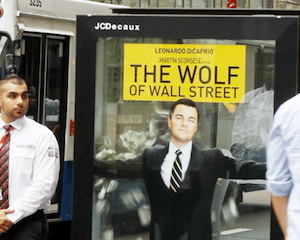 Continental Outdoor has officially been welcomed into the JCDecaux family after it was acquired by the French OOH advertising giant.

Michael Bratt attended a gathering at the Maslow Hotel in Sandton, to find out how Continental Outdoor will fit into JCDecaux, as well as what is happening in the OOH markets globally and locally.

JCDecaux wanted to enter the South African market and build a business from scratch. But fortuitously, Continental Outdoor came up for sale. The deal took a year to finalise.

Speaking to The Media Online, Jean Sebastian Decaux, CEO for Southern Europe, Belgium and Luxembourg, Africa and Israel for JCDecaux explained what the country has to offer the world’s largest OOH advertiser. “South Africa offers us a showcase. It is the largest advertising market in Africa and it is quite a sophisticated market in terms of the global advertising system. We see in this market a lot of room for growth and a lot of room for improvement of the outdoor model,” he said.

Not just to make money

A big part of the presentation was dedicated to the message that JCDecaux is not just in South Africa now to make money. There was a real interest in developing, not only the OOH market but also South African society as a whole.

“Public panels need to serve the public, not just advertisers. And the OOH industry needs to be more contributive to the public’s needs,” Decaux said, adding, “There are too many players who are here to make quick money, based on their connections or entrance with access to some people. That’s not right for the industry,” he said.

“We want an industry of entrepreneurs, whether they are big, small, from the country or from outside the country. We want entrepreneurs to comply to the rules and bring something to the market, not just monetise their contracts… We are entrepreneurs. We are here to invest and innovate. To transform the landscape and we want local entrepreneurs to participate with us. We don’t want to import all our ideas from Europe as that would not make sense for the South African market. So we need to gather the local energy into a product and into a vision, which is a sustainable vision for all stakeholders,” he said.

Another part of the presentation covered the major threats that the OOH industry is facing. Decaux identified two: firstly, the fierce competition from new digital media, which he describes as “becoming a more impactful and more meaningful medium”. In some markets, JCDecaux’s biggest competitors are tech giants like Google and Facebook.

The other challenge which he identified is the relationship with public authorities, which he says the group will be looking to tighten in SA. He touched on the importance of this relationship. “We won’t be able to improve the quality of our infrastructure if we don’t convince the public authorities of what could be done and what should be done… Outdoor belongs to municipalities, which is not the case for radio or television. How their media could be more competitive and grabbing more market share from the overall advertising spend, that’s the name of the game,” he said.

When asked whether digital OOH (DOOH) will play a significant part in JCDecaux’s new presence in SA, Decaux explained that in Africa DOOH is very important as, on the continent, digital panels are a sign of innovation and wealth, whereas in other markets, like those in the Northern Hemisphere DOOH is not as effective.

But he also shared a warning. “We don’t want African cities to become a digital place like Las Vegas, because we would lose the quality of the message. So we need to make sure the public authorities will foster digital, but in the right way.

Last year JCDecaux did a total turnover of $3.6 billion, 10% of which was from digital. This share is growing at a pace of around 20-25% per year.

Decaux also shared with The Media Online some tips on why JCDecaux has been so successful and has such a vast presence worldwide. Firstly he says a company must have a good product, which is sustainable and makes sense to people. He believes that if it doesn’t make sense the product will fail or will get cannibalised. Secondly, he says, a company must listen to their stakeholders and understand their needs and difficulties. The business model must be adapted in such a way to fit with these.