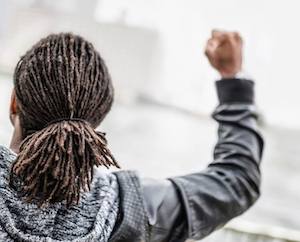 The African youth market is bursting with potential. But marketers need to understand that this space is evolving as its numbers continue to swell, as are the youth that are a part of it, who are becoming more affluent and influential.

There are six trends found in the new African youth that marketers should be paying attention to, says Robyn de Villiers, chairman and CEO of Burson-Marsteller Africa.

Burson-Marsteller’s trend canvas entitled The A-Generation Study explored the mindset and changing priorities of African youth in 2016. De Villiers stresses that as a trend canvas, not a research study, it was not a big, in-depth, hundreds of thousands of people project, but rather an overview of trends which can be explored more comprehensively at a later stage, if the want or need arises.

The research was done for two reasons: firstly to show clients the value of Burson-Marsteller’s African network, the biggest on the continent, and secondly as Burson-Marsteller believes that all of its recommendations to clients should be based on evidence. “Evidence can’t always be an in-depth research study because clients don’t always have the budget to do that, so it can’t always be a specifically tailored one. But evidence comes from various places, and evidence comes from something like the trend canvas,” De Villiers explains.

The six trends for African youth identified in the Burson-Marsteller canvas tell a significant story:

Touching on the importance of the African youth market, De Villiers says African youth is an enormous market. “There are 200 million youth in Africa at the moment and it’s said the figure will double by 2045. If you look at the workforce in Africa, an enormous number of people are between the ages of 15 and 24, so the working population in Africa is a very young one, younger than in any other parts of the world… the youth market in Africa is a massive opportunity.”

She adds that many people perceive Africa as being poverty stricken without a solid number of wealthy people, but this is a fallacy, she says, as the numbers tell a different story, “Disposable income is increasing all the time across Africa, it’s a huge opportunity.”

De Villiers also stresses that Africa is not just one big market and that different markets need tailored approaches. But commonalities do exist. She says the most important element is having local connectivity and insight through the use of local partners.

Educating clients about how things work in Africa is a crucial element. “You have to have a good local partner. People who are on the ground who come from the country, who are preferably well connected. You also need to understand the local people, so you need local people to do that. I’m absolutely against flying people in to do work in another country in Africa… And the emphasis is on partnership, not a local person to do the logistics while we do the brainwork because we arrogantly believe potentially that we know better, but we don’t, because things work differently in Africa.”

De Villiers also comments on the subject of brown envelopes, a topic that she was asked about during a recent presentation at a Public Relations Institute of Southern Africa Jumpstart breakfast.

“When I first started in Africa, some 26 years ago, it would have been everywhere. But as the PR market has developed and clients have understood it better and journalists have become better paid, it’s dying out in some of the markets. But it’s very prevalent still.”

When asked how PR agencies should deal with this issue she says, “It’s a problem from a governance perspective because no client is going to have an envelope with money in it in a press kit… once you’ve understood what it is, you can see you’re actually covering the cost of a publication or cost of a radio interview, you are paying towards the costs. But once you understand what it is you can work out how to do it, without ever having to hand over any cash.”

This was Burson-Marsteller’s first African trends analysis and could evolve further in future. De Villiers says Burson-Marsteller’s Middle East operations have a research project called the Arab Youth Survey, which has been in existence for eight years, which could possibly be tailored to the African market.