Whatever happened to the internet democratising media? 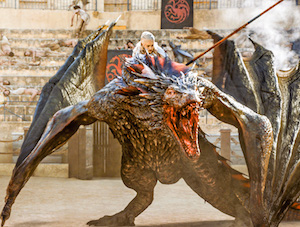 A decade ago you’d have had to look hard to find anyone not trumpeting the wonders of a democratised media landscape as the internet disintermediated every known media business model.

The internet permitted Everyman to become a publisher, in text, audio, audio visual or multimedia formats.

Overnight, one could be a citizen journalist, a blogger whose content rivaled the media moguls, or a YouTube star challenging linear television for ad dollars. The global media giants were going to be broken up and the small guys would flourish. The consumer would benefit from an inversion of the media pyramid, where a handful of companies selected the content to one where we could pick and choose from a plethora of liberated home-brewed publishers. There was even a term coined for the anticipated outcome, “audience atomisation”, by New York University journalism professor Jay Rosen.

Media integrity has been under question for centuries. Many schools of thought, including the usual ragtag groups of conspiracy theorists, have produced millions of column inches about how big capital and politicians in power curate the news and opinion agenda. There is unquestionably a healthy dollop of truth in it – just cast a glance in the direction of Hlaudi Motsoeneng’s SABC, the Guptas’ TNA and ANN7 or Iqbal Survé’s ironically named Independent titles for overwhelming domestic evidence. The business of media is unequivocally low hanging fruit for those with political ambitions, the temptation to influence the narrative irresistible.

Hence the removal of barriers to entry enabled instantly by the free distribution and promised reach of the internet was met with glee. Bloggers, vloggers, podcasters and home-grown “journalists” exploded like mould on leather in a Durban summer. The information economy became the attention economy as media consumers had their attention torn (well, not really) between gazillions of homespun tales as espoused by every book club chairperson.

Newspaper publishers panicked, uploaded their content for free online while still charging subscription and cover price for the legacy product. That strategy – or rather mind-numbing level of stupidity committed by almost every publisher of note the world over – backfired spectacularly. Not only did analogue readership skip directly to freefall, but online advertising inventory shrank to a fraction of that of analogue. With fragmented audiences and shrunken revenues, few could monetise their digital channels and none could retain their analogue revenue streams. Ten years on and the successful digital models can be counted on one hand – globally.

Other media like TV, radio and outdoor had ringside seats to this bloodletting, but have been insulated by slower technological advances and adoption rates. With cord cutting a thing in developed markets, TV broadcasters have had good warning, with some adapting well to converged service offerings. Streaming services are leading a migration from broadcast to non-linear viewing. Since the 1960s production and distribution became increasingly separate business models, further accelerated by internet-enabled distribution channels, but they’re converging again.

Netflix’s as yet untested model of securing global content rights by self-producing places it firmly into a whole ‘new’ territory of producer and distributor. Which of course is not new at all; that’s precisely where broadcast media began. It’s both expensive – $5-billion in 2016 on programming, and risky – how many markets are there for US culture content when others can and are producing their own? Only headline hits (think Breaking Bad or Game of Thrones) are relative universal successes; the multitude of others produced generates far more modest returns, many of them negative.

The printed word and the role of politics

But the real battle isn’t over clever dwarves or fictional chemistry teachers turned drug lords. It’s over the news, particularly analysis and opinion thereof. This is a hotly contested space in South Africa because, credibility aside, while government has a dominant voice in radio and TV, analysis gravitates around the written word. It has only a small voice in print, and that indirectly via the PIC’s overly generous R850-million investment backing the politically connected Dr Survé, a man with (then) zero experience in any form of media. This PIC investment is unlikely to reap anything other than pain for pensioners.

In the face of legacy infrastructure, legacy mindsets and a dirty shareholder battle between Survé and the Guptas, the publisher is acutely exposed to the risk of falling victim to diminishing state support (i.e. money) resulting from ANC factionalism. The battle for control is why the ANC has been conflating and making such a fuss about media diversity and balanced reporting – Luthuli House speak for “bury the scandals and gloss up a good story instead”.

Not only is our independent press under political pressure, it’s also increasingly subjected to the near-duopoly dominating online advertising dollars worldwide. In a cruel twist of unsustainable capitalism and a devastating deconstruction of Professor Rosen’s audience atomisation theory, Google and Facebook, neither of which invests a single dollar in content, last year cornered 64% of US online advertising between them. This ratio is likely to be higher globally, owing to lower rates of alternative options outside of the US.

So why is this a problem? In a word, competition. Or rather, the absence thereof. As these two monoliths capture aggregated audiences inside their walled gardens, so the dollars flow disproportionately in their favour. A walled garden is an ecosystem that controls access by navigating users to certain content and preventing access to other content.

It’s not driven by Hlaudi-esque big brother overlords but by cookies and algorithms, but that’s not to say it couldn’t be used for nefarious purposes. Or that it isn’t. In 2014, Facebook launched a new ad platform called Atlas, a cross-device measurement tool that tracks user behaviour via their FB identity. This allows advertisers to target audiences based on their self-disclosed public information – across devices, platforms and even offline behaviour and transactions. Provided, of course, the advertiser feeds the voracious Facebook dollar-gobbling machine.

This coerces advertisers to commit ever increasing proportions of their online spend to Facebook. Think of it like this: Facebook has an attractive garden full of many varied visiting trees and flowers. Say an advertiser wants to reach yellow flowers and deciduous trees, Facebook serves up only yellow flowers and deciduous trees, thus increasing target accuracy and reducing wastage.

It also serves them up outside their platform on others where yellow flowers and deciduous trees visit. Facebook knows this because these trees and flowers have left footprints wherever they go. In directing advertising to other sites or platforms, Facebook collects a fee, while de-duplicating unique users visiting pages from different devices.

It coerces publishers to publish their content inside the walled garden via a feature called Instant Articles. This was developed to retain eyeballs within Facebook’s ecosystem by addressing both mobile users’ and advertisers’ biggest bugbear, UX, in two ways: 1. eliminating the load time delay in redirecting traffic to the publisher’s website, an issue negatively affecting click rates and stickiness; and 2. by neatly integrating a very impressive interface for a really superior experience. For a demonstration of the technology watch this short YouTube clip.

Struggling to monetise mobile, top global publishers have invited a Trojan Horse inside their castles

Now publishers can display their content repurposed and served on Facebook’s sexier platform. At present, if a publisher directs advertisers to their own content on Instant Articles, Facebook allows them to retain 100% of the revenue, but if Facebook sells the space, the publisher only receives 70%. Incredulously, nine top global publishers (including the New York Times, National Geographic, BuzzFeed, The Guardian, BBC News and Bild) bought exclusive access in April 2015, as a trial of sorts. Facebook cleverly selected top content producers, in part because they would do the best job of showcasing the technology. Now it’s open to everyone.

The motive behind this adoption stems understandably from publishers’ struggle to monetise mobile audiences. As any reader with a smartphone will attest, those garish flashing illegible strips at the bottom of the screen are rather irritating. Understand that to a publisher, screen space, like the page of a newspaper or magazine, is real estate.

Try shrinking your physical real estate from a 54x10cm broadsheet to 10x6cm and see how much of it you can sell. Which is another reason Google and Facebook dominate ad revenues once again. Mobile accounted for 35% of all US online spend in 2015, up a mammoth 66% from 2014. Of that Facebook roped in nearly 17% and Google over 35%. The next biggest were Yahoo and Twitter at 3.7% respectively. Getting the picture yet?

While the nine trialists were undoubtedly given preferential treatment with the EdgeRank pushing their content into increasingly qualified timelines, this situation cannot and will not be sustainable as it scales. As Facebook’s primary goal is to retain traffic inside its walls, the quality of the Instant Articles deals will deteriorate. The 100% referral will decrease, as will the 70% of ecosystem referrals. The system is designed to create dependence to the point where the publisher can’t escape the garden. As each publisher’s tipping point is reached, so Facebook takes control of their chequebook. The threat is a publisher’s existential one.

If Instant Articles looks like a Trojan Horse its because it is one, colourfully described by tech journalist Joe Lazauskas as a Trojan horse draped in gold chains and being ridden by Beyoncé. Things aren’t much different for the bigger gorilla, Google. Where once its intention was to point users to the best links on the internet, it’s now more intent on keeping them right there. In your next Google search take a look at how much on-site information is served and the preference it’s given over external links for evidence of what I mean.

The smaller the online penetration, the less chance is of survival outside of the duopoly

While it’s difficult to be too critical of these media tech companies, what with all they’re doing for ease and convenience, we should also be extremely wary of a duopoly of the internet where anything outside their walls struggles to survive. In a tiny digital media marketplace like South Africa, this is exactly what’s happening.

Take the site you’re reading this very article on – it’s highly likely it battles to generate a sustainable living income, let alone a return to shareholders. And therein lies the essence of the problem of media integrity. South Africa is nothing like the US media landscape in that online accounts for a mere 5% of all ad revenue, projected to double in the next three years, whereas in the US that could reach 50%. Legacy media still rules, and will for some time. All of which leaves a very tiny and ever closing gap for truly independent, high quality offerings.

There’s a big onus here on consumers, advertisers and media agencies to be circumspect with how they treat independent media. All too often it’s taken for granted by the former because it’s free, and ignored by the latter because it’s a hassle to single out the wheat from the chaff.

My message to consumers is simple: free, independent media comes at a cost – value and protect it or you may lose it. My message to advertisers and agencies is even simpler: it is not the success of Facebook or Google that matters, it’s your own.

This is an edited version of a story first published on The Daily Maverick.