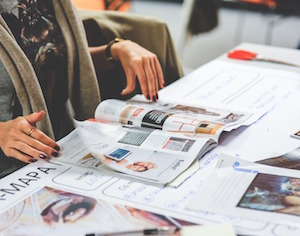 A few weeks back I joined the bi-annual media pilgrimage to Bryanston Country Club to attend the launch of the final AMPS report and to witness the end of an era.

Of course the best way to upset everyone is to initiate change. AMPS worked in the past right, so why bother to change it? The answer is simply that AMPS had to Adapt or Die (with apologies to Tannie Evita) because the way people consume media has changed; and we’re not just talking about changes in technology, but changes in the way people relate to the content technology delivers.

To a large degree the problem lies with the term ‘media planning’. The problem is that media planning implies the place to commence the process, is the medium itself. Research the medium reliably and add all the media numbers together, and you get a result. It’s essentially a throwback to that old chestnut from Marshall McLuhan, The Medium is the Message.

And so AMPS continued on its mission to measure SHIPS (readerSHIP, viewerSHIP and listenerSHIP) and ignoring the growing imperative to measure people’s behaviour.

Increasingly the role of the media planner is not just to maximise the total number of people exposed to the campaign, but to maximise the relevance and impact of content delivery at each and every point of contact with the consumer.

But the vast majority of consumers do a bit of everything and each behaviour pattern contributes a unique component to the communication Gestalt.

As planners we need to analyse the consumers content preferences and the media behaviour they exhibit in order to access their priority content. This allows us to break down the media silos that keep our strategic thinking mired in the past and to overcome the challenges of fusing digital and traditional media in any campaign.

If I am a reader, with a specific content interest in the content, does it make a difference to me whether I read that content in a printed publication or a digital edition on my computer? It is not the fact that the source of my content is printed or delivered via my mobile phone that is significant, it is the content itself. Technology is merely a delivery mechanism that facilitates my reading, it isn’t a separate medium.

That’s why there should no more be separate media communication strategy for digital than there should be one for electricity.

The problem is that AMPS was insisting on the need to continue measuring readership, rather than platform agnostic reading as a behaviour. This is clearly illustrated in the old AMPS definition of readership which means ‘that you personally read or paged through all or part of a copy of a publication irrespective of whose copy it was’. Even the phrase ‘paged-through’ is suggestive of paper and is essentially a measurement of ink on fingers.

In the new ES (Establishment Survey) which has gone into field this month, the definition of reading behaviour has been revised to mean that you ‘personally read or looked at any magazines/newspapers, articles or websites irrespective of whether they were paper copies, or read online on a computer, cellphone or tablet’.

Much has been made in recent years about declines in circulation and, although there is in fact no direct correlation between readership and circulation, a corresponding decline in AMPS readership of both newspaper and magazines. The real problem is not that AMPS readership of printed publications has showed a decline but that AMPS has simply not been measuring platform agnostic reading of published content.

The inconvenient truth is that there are more people reading than ever before and the published word is as powerful as ever.

So as it transpires I went to Bryanston Country Club not to see the end of an era but to herald in the start of a new, more holistic, era where we have finally stopped measuring readership and started to understand reading.

Gordon Muller is head coach at GSM Quadrant, his own media consultancy. In an advertising career spanning four decades, he has held senior positions at a number of major international advertising agencies including McCann-Erickson, Bates & Ogilvy. He has served on the board of Saatchi & Saatchi and The MediaShop and most recently as Managing Director of OMD South Africa. This article originally appeared in Ads24’s trade newspaper ‘The Beat’ News Edition.