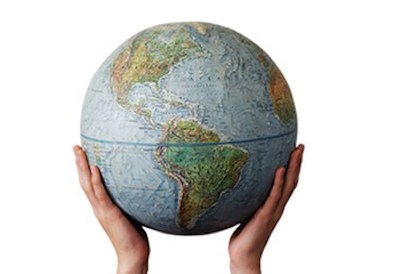 Making Mediacom the number one media agency in South Africa is a tall order, but it’s one that new CEO Ashish Williams plans to make a reality. Michael Bratt sat down with him to find out how he will blend the ingredients needed into a recipe for success.

Admitting that he is “more of a person on the ‘how’ side of things” rather than one who dreams “big”, Williams has a clear vision on how to reach his goal and has already built the foundation to do just that. Having been chief operating officer of Mediacom for just under two years, he developed and implemented a strategy that, in his new CEO role, he will building on. The elements of this plan is the promotion of specialist capabilities in the agencies, which is more about data-driven marketing.

Williams says that apart from this business focus, he also wants to pay attention to the company’s human resources. His aim is to share his vision with staff and be more inclusive, “making our talent much more capability-driven, creating the trainings that are internationally given to our staff, so hooking them up with the global experts… [and] getting the talent upskilled in that way”.

In this connected world, Mediacom would be out of the loop if they didn’t utilise their global connections to bring global best practice to South Africa as well as learnings from other markets.

An example is [m]platform, a suite of media planning applications, data analytics and digital services, which improves advertisers’ ability to use audience defining insights from hundreds of data sources to find and communicate with their consumers across all media.This is the kind of technology which Mediacom SA has access to due to its international connections. 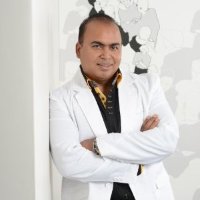 Global trends also eventually arrive on South Africa shores, as well as developments in technology, so having the heads up from international connections assists Mediacom SA in planning for the future. That is another benefit of Williams being appointed as CEO, as he has a wealth of experience having worked in both developed and growing markets, including China and India. He believes South Africa is “part of the global pool right now, and we can’t afford to sit back and relax and be reactive. We have to be more proactive”.

The internal ethos of the agency is ‘people first, better results’. “People is the consumers, our staff, our clients, and our partners. When you put people first you always get better results and we have technology which helps connect people,” Williams explains.

To move from the number four agency in SA to number one, he believes Mediacom needs to just keep doing what it is doing, but with more agility, becoming both a content and connection agency for its clients.

Lessons from other growing economies

Williams admits that the previous growing economies in which he worked were a challenge, because unlike developed ones which are homogenous, these ones have specific needs. Mobile first is a big trend, so campaigns need to be planned with this central element, and one size doesn’t fit all in these economies, so tailored campaigns are required.

“In the bigger markets you are able to have your ideas feasible; they have a huge size of price and a whole team can work around this one. In South Africa the scale isn’t there, from a size of price angle. So it’s much more complex than any other developing economy in the world,” he says. Williams uses the example of a shampoo product, which can be the same for all Indians, but in South Africa needs to be different so as to cater to our distinct race groups.

Creating value in the media industry is another area of focus for Williams. “It’s about how media can become more performance driven, than just what’s happening around the awareness side of things,” he says, adding that this is not necessarily programmatic, but rather creative, as this is performance driven, and is outcomes based, instead of just doing good creative. This will be incorporated into Mediacom’s strategy.

Meeting the challenge of digital

Williams also offered some insights into trends that he is seeing in the agency space. The key takeaway he sees is the need to treat digital differently.

“Digital has always been about performance, above the line (ATL) has always been about awareness. We believe at Mediacom that everything is connected. Consumers don’t differentiate between digital advertising and ATL advertising. For them it’s a piece of communication which is coming from a brand… all our people and strategists are digitally trained and are a hybrid,” he says. Forty percent of staff at Mediacom are specialised in technology products and 60% focus on normal planning and buying. Mediacom’s strategy is to move away from platform-based buying into asset-based buying, with systems and tools in place to synergise and drive this approach.

Programmatic buying is another system that Williams pushed for and has implemented during his time as COO. He refers to the two biggest users of this system, Google and Facebook, as examples of why this technology works so well.

The efficacy of digital measurement

A big concern for media players at present is the realness of the ‘people’ who view and engage with digital content. Over-reporting of numbers, viewability standards, bots and advertising on content that is not safe, are all problems.

“Most people have embraced digital without knowing the consequences of it … South Africa has a pretty big digital population, but most publishers have not been educated on the standards of digital media reporting.” He believes that an education programme needs to be set up for publishers to protect advertisers’ money. Mediacom has created its own digital measurement and reporting safety nets with viewability standards, blacklisted sites and tracking systems that offer reliable feedback.

Williams is replacing Julian Neuburger, interim CEO since April 2014, who is retiring. During his spell as CEO, Mediacom moved from the number six agency in South Africa to number four. There will be a handover period, but Williams stresses the two have been working closely together for the past three years.

“We are the core architects of what Mediacom is today… It’s big shoes to fill but his way of doing things has been extremely helpful and a guiding light for me.” Williams cites ‘how to work in a global organisation with such complexities’ and ‘how to make best use of resources and WPP’ as the main lessons he has learnt from Neuburger.

When asked about the threat that non-agencies, who are adopting practices that normally agencies do, pose, Williams believes the threat is real. “But we outweigh them hugely from the execution experience we have over the years… It’s not just about only having the tools, it’s about the experience of knowing the media and how to buy it… they have a huge catch-up game to play with agencies if they want to be in that space. Buying a digital agency does not make you a content and connection agency”.

Williams concludes with a powerful quote, which perfectly sums up Mediacom’s evolving strategy: “I don’t quote that, we are the map and we know everything. But we are the compass and we know we are going in the right direction”.