South Africa’s top performing magazines: Some flowers among the fields of weeds

Posted By: Justin McCarthyon: May 23, 2017In: Magazines
Print Email 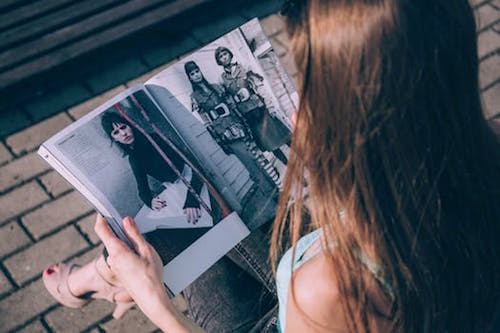 It’s been a tough time for the publishing industry, with a number of titles shutting up shop, but a few have managed to grow.

In another year of carnage for publishers, picking the top performers was a much harder task than picking the worst of the losers such was the robustness of the competition for the bottom of the table.

Besides a good number of titles shutting up shop, the publishing industry had another very tough year. Quality of content appears to be the distinguishing factor between heavy losers and titles that managed to sustain circulation, readership and advertising revenue. A small handful even managed growth, which to my mind demonstrates that astute publishers understand their markets better than most.

This is a follow up to a very popular article written by the late Gordon Patterson in 2014, in which he noted the imperfection of the data. I repeat that here and emphasise the need for caution in reading too finely into such an exercise.

The data sets are as follows:

Because AMPS Q4-2015 is the last data available, it is a year out of synch with circulation and ad revenue. It is improper to read data from non-corresponding periods, but faced with this or the option of datasets from the same period but where all data is a year out of date, it became logical to opt for the former.

Hence, I emphasise this caveat even more heavily given the non-corresponding time frames. However, I have down-weighted it significantly in a ratio of 50/40/10, attributed to circulation, ad revenue and readership respectively.

Another caveat to note is that the datasets are categorised differently: ABC segments by type and AMPS segments by publishing frequency. I’ve bundled all titles together save for annuals and bi-annuals and free titles, which in my book cannot be included in such an exercise – with notable exceptions.

AMPS Q4-15 tells us that consumer magazines held steady overall with readership stable at 45.4%, with a total of 17 360-million readers. But as everyone knows, this methodology isn’t reliable. In some instances, the respondent base is so small as to make the data unstable: out of a total 12 792 respondents in 2015, 36 titles were mentioned by fewer than 100 respondents. This is not reflected in the ABC data, where there’s no shortage of evidence of blood on the publishing room floor. Most consumer segments took a beating with the total category declining by 14.3%, preceded by an 11.6% decline the previous year.

Unsurprisingly, both B2B and custom segments fared much better, with custom recovering from a hammering the previous year to a nominal decline of -3.3%, and B2B recovering from a -9.5% decline in 2015 to show nominal growth.

One must be circumspect with these categories as the majority of both custom and B2B titles are freely distributed, although both contain subscription titles, and these are the ones that merit greater attention, for there are some gems among them.

Those great bastions of consumer weeklies, the crown jewels in the Media24 stable, Huisegenoot and YOU, had another dreadful year. They lead the bleed in ad revenue terms, with You down 20.7% to R89.5 million and Huisgenoot down 17.1% to R131 million. These declines are roughly in line with their circulation losses, at -15% and -19% respectively. In ad revenue percentage decline terms a few special mentions include Your Baby, Your Family, Men’s Health, Rooi Rose, Living and Loving, Essentials, Women’s Health and Food & Home Entertainment dropping between 50% and 25%.

I attach much greater weighting to ABC data than AMPS readership for the simple reason the former is empirical, while the latter is neither empirical nor a reliable methodology. To demonstrate just why, AMPS recorded readership increases for both Huisgenoot and You of 5.5% and 0.9% respectively. It’s theoretically possible that readers per copy increased by 15% to 20%, thus accounting for the variance, but it’s more probable that the titles are purchased and read less frequently, when disposable income permits.

And so to the winners, the blooming flowers in the wastelands, which look nothing like they did three years ago. Drum, singled out by Gordon in 2014 as the star revenue performer, more closely resembles an early stage death star, with circulation down 52% to 53 000 and ad revenue slipping -10.4%. I could go on with the horror stories, because they’re much more interesting than the five winners and five almost rans I’ve picked, but let’s give the astute publishers, editorial and sales teams a hand:

In the bottom half of the table and in no particular order the also rans:

Despite no ad revenue data, SA Rugby Magazine cracks the list because of its significant circulation jump. This is part paid and part free: free copies increased 23% from 6 945 to 9 100 while paid copies increased 22% from 13 059 to 16 651 – a much better performance than the national rugby union team! Acknowledging that 35% of copies are free, the growth in paid circulation justifies its acknowledgement.

Habitat and Vrouekeur are two consumer titles whose sales teams deserve a round of applause, in spite of small circulation declines. In this category there were very few circulation increases, which is an indication of how hard I had to look for levels of success. PnP Fresh Living cracks the nod despite it being freely distributed to the first 500 000 Smart Shoppers.

The John Brown Media publishing team has done a really impressive job with the content, with qualitative research indicating high levels of engagement and very good conversion to sale at store level. With an audited circulation growth of almost 90% to 468 000 copies, it’s clear that the custom publishing business has a good future with retail in particular. A side note of criticism though – JBM claims a readership of 1.5 million while PnP’s website claims 2.5 million – something that needs to be sorted out.

The top five South African titles in descending order are:

Highbury Safika Media is The Foschini Group’s (TFG) publisher, and it has done a great job with most of the titles in their stable. Most notable is that all 10 monthly titles published is subscription based, ranging in price from R17.00 to R25.50 and totalling 1 250 000 audited copies per month.

While circulation of parent title, the Club Magazine, dropped 21.7% to 583 000 copies, five of their other titles grew, including The Kitchen, Motor and Tech. This is a fantastic example of a retailer using their large customer database to not only sell additional high margin items, but to keep those customers active and engaged in content that in some instances has nothing to do with the shopping experience.

If a clothing retailer can sell 86 000 copies of a kitchen/cooking magazine at R21.00, it begs the question as to why a specialist grocer like Woolworths Foods manages to sell 27 000 copies of TASTE at R26.00 – albeit to a smaller, more select customer base.

Two consumer titles and a business title comprise the top three, and the numbers speak for themselves. While The Gardener only grew circulation by 2%, it is one of a handful that managed positive numbers, and a 29% ad revenue is impressive off such low growth, despite the reported 55% readership increase.

Business Brief did a fantastic job of circulation growth, pity the sales team wasn’t able to leverage that better, but let’s see what the next year holds. Compleat Golfer, despite being a niche title, wears this year’s crown for topping the paid consumer segment with 13% circulation growth and a whopping 40% revenue growth.

This story was published in the April 2017 issue of The Media magazine. To read the digital magazine, click on the cover. 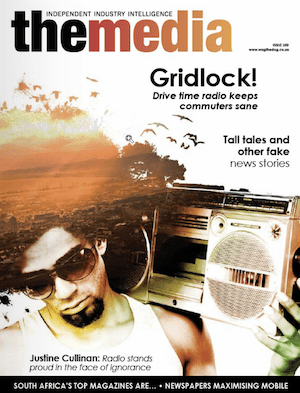