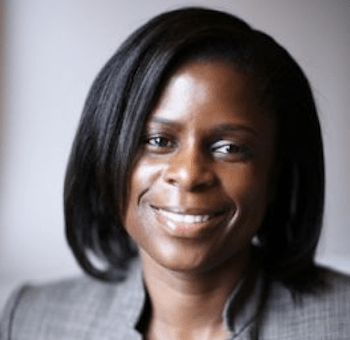 In a new series of articles, The Media Online speaks to individuals who have been making a splash in the media agency world. First up is Laiza Zikalala from The MediaShop.

Known as someone who develops successful marketing strategies that have resulted in increased brand equity and accelerated business growth, Laiza Zikalala is a force to be reckoned with. Michael Bratt sat down with her to find out how she sees the current media agency landscape as well as what it takes to make your mark in an often challenging industry.

As a business unit manager at The MediaShop, Zikalala used to handle the Eskom account, but now solely focuses her attention on Sasol. She assists with marketing briefs, integrating with other agencies involved in the account and coming up with innovative ways to ensure profitability, over and above simply coming up with media strategies.

“As budgets are getting tighter and tighter, clients still want to achieve the same for less money, so it’s important that we as media planners and strategists come up with new and innovative ways to communicate our client’s unique selling points and effectively break through the clutter, especially because consumers are being bombarded with different media types and on an hourly basis. Understanding who the consumer is in times of evolving media consumption habits is also crucial,” she explains.

She also assists with pitching for new business and manages a team, motivating and empowering them to grow in their disciplines.

From agency to business partner

This is imperative in a time of multiple challenges including evolving consumer media consumption habits, and “smarter consumers”. Zikalala elaborates: “Consumers are clever. They don’t want to be talked to, they want to be engaged with. We no longer need to have those conversations where we talk to consumers; we need to engage with them.”

Social media is breaking news and in the digital age, opinions are also valuable, Zikalala believes. “Consumer opinions, comments and sharing now make or break mass market opinion. It is more pressing for us to understand what makes our audiences tick i.e. behaviours, needs and wants.” Access to them can also be cut off at any time as not only do they choose what media to consume and when and where they do it, but they also filter digital ads using ad blocking. “In the past they were at our mercy, but we are at their mercy now because they choose what to consume and when,” she says.

Still a long way to go for transformation

When asked whether she believes the media agency environment has changed in terms of transformation, Zikalala says it has, but there is still a long way to go. “When I started in 1998 it was still very white, I was the only black person in the department. Over the years it has changed, but we are still lagging behind compared to other industries. We need to find a way to attract people into the industry as well, especially people of colour.”

She adds that a lot of people are in the media agency industry by chance, not because they want to be in the industry, and based on research she has seen, people in tertiary institutions are not aware of what agencies can offer and they don’t actively pursue a career in this field.

Another problem with is keeping staff, as they are often lost to clients, media owners and corporates. “We suffer as an agency with staff retention. And this is a general industry issue. People job hop due to shortages of talent so we are fighting for that pool. And at the end of the day at times it often comes down to who can pay more.”

But Zikalala believes there is an upside to this situation as well, as the calibre of the people in agencies nowadays is higher than it was in the past. Improved training could fix the problem, says Zikalala, as it is still a problem within agencies which needs improving.

“Due to the pressures of the job you don’t have time to do your work and sit down and train somebody. You just have to hit the ground running. When I came to the industry I had to learn, it was swim or sink. You had to do the work and learn the ropes and you went along because there wasn’t time for dedicated training.” Every year The MediaShop takes in interns and trains them, which not only benefits the agency itself, but also the broader media industry as well.

The MediaShop is evolving its business to respond to these challenges including playing more in the content space and using tools to target an audience to deliver compelling content which is suitable for their lives. The agency also has an in-house research unit, which it started last year, which allows clients to go deeper with insights. While it does use programmatic buying, Zikalala adds: “It works. The advantage of digital is that you can measure it on a daily basis and tweak it if it is not working … as long as clients understand the risks then it is fine.”

When asked what characteristics a person needs to succeed in a media agency Zikalala thinks long and hard before replying. “You need to have a tough skin as you are dealing with clients who can be demanding and the workload can be quite overwhelming. It is not a nine-to-five job. In the past we worked hard and played hard, now it is just working hard. And finding ways to work smarter.”

She adds that a person who has a can-do attitude, a willingness to get their hands dirty, is creative and detail-oriented, has strong communication skills, is agile, has an audience-focused vision and is analytical will thrive in the media agency world. Besides these basics, in order for a person to stand out, they need to know what is happening globally, with an in-depth knowledge of media which requires eating, sleeping and breathing the space.

Stepping away from the agency world, Zikalala has hobbies that calm her, removing the stress from the high-pressure agency world. These include chalk painting, pewter, travelling, and spending time with her family, particularly her nieces and nephews. “You need an outlet otherwise it can crush,” she says. She used to be a proficient runner, but hip replacements curbed that. But she is still a self-confessed gym fanatic.

In closing, Zikalala sums up her attitude, and that of her agency. “It’s just doing things differently and not just for the sake of being different, but being effective … We’ve done innovative stuff which no one would think a parastatal would implement. They’ve come on board and embraced digital including life hacks. We’ve really pushed boundaries. It’s what’s effective, given the budget and how can we do it differently … It’s thinking differently.”