The PRC JIC: More than just an acronym 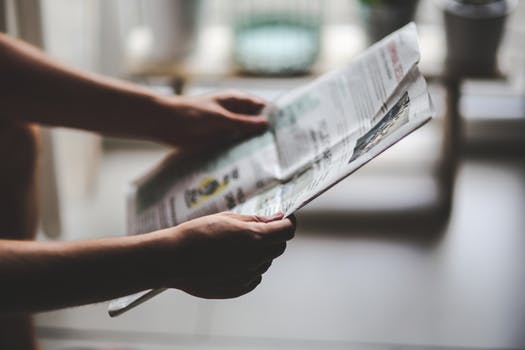 There was a cheery informality to the Publisher Research Council’s invitation to its ‘Immersion Workshop’ held last week at the Bryanston Country Club. In his opening remarks, host Pete Langschmidt stressed the intention was to be both informal and educational. Indeed, it was not long before in his exuberant loquacity he was assuring the audience that the PRC was the “friendly JIC” and “loved everyone”.

For those whose memory for acronyms is shaky, the International Association of Joint Industry Committees for Media Research describes a JIC as “a nonprofit-orientated, neutral organisation in which all key players of an advertising market, i.e. normally advertisers, agencies and media owners, are represented” and its raison d’être is audience research. A JIC can either be responsible for the “organisation, realisation, monitoring or publication of media audience measurements which serve the advertising industry as a currency for the buying, selling and planning of advertising space or time”, or for the auditing of such research.

In both instances the requirement is that valid, reliable and objective results. In South Africa, we are accustomed to the first JIC model, of which SAARF, the Broadcast Research Council (BRC), PRC and Out of Home Measurement Council (OMC) are all examples.

Whether the PRC’s warm sentiments will be widely reciprocated is perhaps dubious. The invitation had promised to explain “why you need to believe in Father Christmas to use LSMs (Living Standard Measures) instead of SEMs (Socio Economic Measure’s)”; that alone should stir the wrath of the Marketing Research Foundation/SAARF contingent, who are keen to reassure the media industry that it need not abandon LSMs, as it will some how produce a “better” version.

Together with the BRC, the PRC is a funder, albeit a minority one, of the Establishment Survey, which also delivered the new SEMs to the industry. After revisiting the inequalities of South Africa using Census and Stats SA data, Langschmidt delivered a jocular but effective demolition of LSMs. The bulk of the variables used to determine LSMs are concerned with durables and technology, with the resultant segmentation reflecting what people own.

Compounding the problem is the fact that these variables have not been reviewed for sometime; thus a VHS recorder, which at the original time of inclusion was an indicator of affluence, would now be the exact opposite. He argued that the SEMS were better able to reflect the diversity of South African society, and were intended to measure “how South Africans live, rather than what they have”.

With only 14 variables (compared with 29 LSM ones), the SEMs are easier to administer. More importantly, because those variables incorporate measures of household and community infrastructure e.g. proximity to a Post Office or police station, home roof and flooring materials as well as number of sleeping rooms, SEM’s offer a more relevant accurate measure of the differences in our society. Langschmidt explained that the use of SEMs was subject to a contractual agreement; advertisers and agencies would have free access, but research houses and media owners, who were not BRC or PRC members would be required to pay a minimal fee.

Langschmidt also spoke about the Publisher Audience Measurement Survey (PAMS) research, which will measure the audiences of publications across all reading platforms. He highlighted some of the innovations which are being utilised in this study e.g. ‘flooding’, a technique previously used in the radio diary research, which requires all adult members of an identified household to complete the questionnaire, thus efficiently increasing the sample size. Leveraging international best practice, a ‘brand first’ approach will be used to measure readership.

There are also various improvements that will make the respondents’ tasks less onerous: only regional publications in the respondent area will be surveyed, sparing them from having to plough through lists of irrelevant titles and respondents will complete the reading questions themselves on tablets, thus alleviating the pressure to make status claims about their reading habits. Inserts will be covered. The inaugural release will be in the first quarter of 2018. Langschmidt also confirmed the PRC commitment to innovation through hybrid research, mentioning that the PRC is running a 4 000 strong online panel.

Terry Murphy, MD of Nielsen Watch, which is conducting PAMS on behalf of the PRC provided reassurance around the previously daunting subject of fusion. She pointed out that as markets have become more fragmented and complicated, “single source” research, which we were once led to believe was something of a ‘Holy Grail’, has become less viable. With single source surveys, there are more questions to be asked, so questionnaires become longer leading to respondents tiring ultimately resulting in poorer quality data. We were also led to believe that fusion was an expensive and massively technically complicated solution to integrating data sets, that required the use of scarce expertise.

Murphy assured us that it is now a “preferred” and fairly routine solution, which can help provide more granular views. If both the donor and recipient surveys use the same population figures (IHS’s, for example) and there are appropriate linking variables, or hooks, then static fusion is simple, and results in the creation of a permanent third set of integrated data.

Nielsen runs a CPS (Consumer Panel Services) Home survey which covers 4 000 homes nationally, and provides comprehensive FMCG data based on diary and pantry audit information. The intention is to fuse this data with the PAMS data, which provides a neat solution for print advertisers and marketers wanting GMCG brand information. Obviously this methodology could be applied more broadly and presents an elegant solution to a large sector of the brand information that marketers require.

The workshop indicated that the publishers certainly have been hard at work on their currency and that there are new research solutions available to the industry. The question is whether the JIC’s declared amiability will have any sway in convincing the MRF that they need not duplicate the work already being done elsewhere, and that their funds and efforts could be better directed.