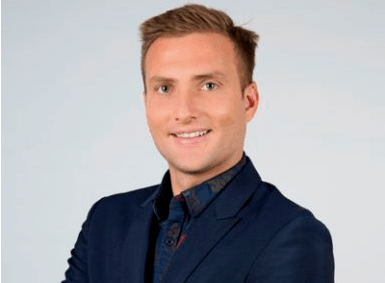 A name synonymous with Posterscope, Bruce Burgess was given the task of reinventing the brand when he was promoted to managing director of Postercope Sub-Saharan Africa. Michael Bratt chatted with him to find out how he has gone about doing this and why technology is a huge opportunity for media agencies.

Pioneering the location data space on the continent has been the focus for Burgess in a move he believes will help make the business more relevant in the new economy. This is alongside a clear approach of embracing change and leveraging the new (rather than focusing on the old and insulating oneself against the change), to address the challenges facing agencies, which Burgess says includes them having to move faster, be smarter and do more for less, and find a way to attract and retain the best talent.

“We started by focusing on staff – upskilling, retaining and building a shared objective. We built new tools that can leverage the mass of new mobile data sets available,” Burgess says. “Then we looked at our offering beyond media and have redefined what we see as the OOH specialisation, and are now selling all location-based marketing services available in the new economy – location and consumer insights using new mobile ad exchange, social data and first party data, location based mobile adserves, and dynamic digital OOH content serve.”

Tech is a major opportunity for agencies

A self-described techno optimist, Burgess sees leveraging technology as a necessity for agencies to remain competitive in a “faster, smarter and increasingly globalised industry”.

“Assuming the job is being done responsibly, better targeting and more relevant messaging means a better experience for consumers and more cost efficiencies for client. The role of the agency is, and will be, to better understand what tech to apply to get the best gains for the entire chain – including consumer, publisher, agency and client,” he says.

Believing that tech over the long term will be a job creator, rather than a job taker, Burgess does however caution that the advance of tech is not without risks. “As agencies we cannot let empathy for the humanity of our audiences depreciate to just data and revenues. Ultimately, we are responsible for ensuring that way we collect data to target, and the way the campaigns we curate vie for consumers’ attention, adds as much value to them as it does to ourselves and our clients. As agencies, we have to be the safeguard against invasions of privacy or excessive intrusions on consumers’ lives. We have to understand that part of our role is to ensure that the value exchange with the consumer is fair,” he adds.

With many clients bringing typical media agency work in-house and non-media agency players starting to encroach on this space too, Burgess stresses that an agency positioning itself as a business partner is key as well as “owning what you can do for the client to help them solve the business problems they can’t”.

Since Posterscope is a specialist outfit with specialist tools and ability that extends beyond just media, Burgess says his agency is lucky to have a unique selling point. This ties in with new data and tech which Burgess describes as the biggest opportunity to media agencies at present, “Clients need help understanding how this age of accelerations is changing consumers’ relationship with media and brands. If you understand the change, you can retain the position of trusted advisor,” he reckons.

There are still issues with ivory tower planning

When asked how he sees the state of transformation in the media agency space, Burgess says that taking the transformation agenda seriously is long overdue.

“Besides being the right thing to do, it also makes business sense. It’s embarrassing that more than 20 years later, in OOH, we still have issues with ivory tower planning, i.e. decision makers using self-reference criteria and prejudice to make decisions about the relevance of brand presence in specific locations,” he says. “The only way to undo this is to increase diversity, which will in turn broaden cultural understanding. So in addition to the social gains transformation will deliver, as an industry, we will also be gaining the ability to deliver better work.”

How to succeed in a media agency

Having been in the media agency world for just under 10 years, Burgess is in the perfect position to offer advice to youngsters just starting out or who are looking to break into the industry.

“I think that you need to be a collaborative problem solver to be successful in this industry. Understand the business problems your clients are trying to solve, and collaborate with them, your colleagues and publisher partners to solve the problem together creatively. Machines can do tasks. People solve problems by collaborating with other people.”

He adds that proactive people are better. “Don’t wait around for someone to tell you to take the lead. Be yourself. Know your strengths and weaknesses and don’t be afraid to own them.”

In his spare time away from the office Burgess loves being in the sea, typically surfing or kite-boarding. He also described himself as a closet nerd who “spends an inordinate amount of time researching obscure subjects”.

Burgess has just under 10 years of experience in media having started his career at OMD as a trainee strategist back in 2008. After a year he moved to Posterscope, where he has remained till present day, starting as a specialist OOH strategist.

“I was attracted by the creativity that OOH enables and the opportunity to get to know the whole of South Africa on site visits,” he comments. During this time he worked with clients across multiple categories including telecoms, liquor, FMCG, financial services, retail, fashion and even election campaigns. He was then promoted to regional development manager for SSA, tasked with facilitating the roll out of the agency and services across the continent.

One of his biggest achievements during this period was the successful establishment of Posterscope offices in Kenya and Nigeria. In early 2016 he was promoted to his current position of managing director for SSA.