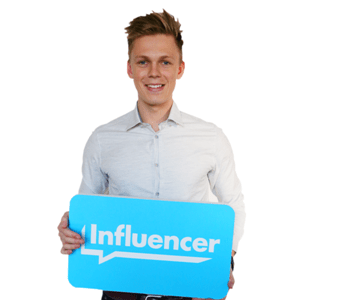 YouTuber Caspar Lee believes that youth and creativity are key in today’s social media companies. He was recently named as chief innovation officer of UK-based Influencer.

In an interview conducted with Michael Bratt through questions via email and answers via WhatsApp voice message (a first for this journalist), YouTube sensation Caspar Lee says his knowledge of social media fits perfectly with Influencer, a social media marketing agency, where he was recently appointed chief innovation officer. 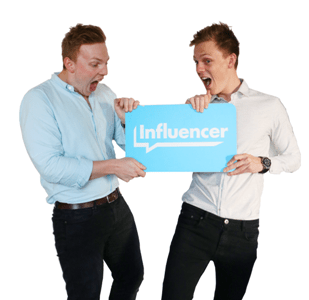 Lee  joins a young team; their average age is 22 with the company CEO, Ben Jeffries (left with Caspar), being just 21 years old, and he believes this is important in today’s social media companies. “We grew up with these platforms and we’re platform agnostic and we know exactly how to use them. They are just natural to us; it’s not something we have to really learn. You learn a lot through experience rather than having to study it,” says Jeffries.

Commenting on how young the Influencer team is, Jeffries says it is a coincidence adding, “We want to have a team of people who are capable of producing ground-breaking and explosive results for our clients on social media – it doesn’t matter how old you are, if you’ve got what it takes – we’d love to have you onboard. We do specialise in Generation Z and Millennial marketing so having a youthful team can help sometimes as who knows what appeals to Millennial/Generation Z best? Well of course Millennials and Generation Z as it’s their behavioural traits.”

Jeffries met Lee through a mutual friend who offered to introduce them. They Skyped a couple of times before meeting in person. “Upon meeting it was clear that we both shared the same energy and buzz about business and the influencer space so it seemed the perfect fit to work on Influencer together,” says Jeffries.

When asked what Lee brings to the business and his new role, Jeffries comments that immense social media expertise coupled with knowledge of what it takes to become an established creator and a successful entrepreneur who knows what it takes to run a successful business are the reasons. “Caspar helps bring that extra level of advice for the micro influencers we work with so that they can know how they too can become a successful influencer.

“He helps lead our strategic direction for our clients. Clients often come to us wanting to know how they can get something viral on social media or how they can elevate their brand to reach X thousand followers – who better to offer their creative input than someone with over 15,000,000 cumulative followers on social media?”

Shorter, more visual content is what Lee sees as the future for social media. “Text is becoming less and less relevant and video is becoming more relevant,” he says. Lee shares a random thought on how people buying up good usernames is a great idea now, but questions whether that is illegal. “I always think it’s funny how one day people are going to fight over usernames like they fight over car number plates, trying to have the best number plates and the best user names,” he says.

“It’s important to get your product out there in front of people and to help these creators to continue to be creative and make the content they are making,” says Lee. He refers to influencers as the modern day sales force.

Influence on social media is a combination of factors including followers or subscribers, and engagements, such as likes, comments and shares. A personality may influence in a particular market, which may be more valuable to a brand that is looking to market their products or services to a particular consumer. Lee cautions that an influencer with a high number of followers may not always be the best choice for a brand, as opposed to an influencer who has fewer followers, but who taps into and engages with the correct market.

During the discussion, Lee touched on various other social media and YouTube related topics including fake YouTube feuds and clickbait. Lee recently released a ‘compliments track’ on his YouTube channel featuring Conor Maynard in response to several YouTubers, including KSIOlajidebt and his brother ComedyShortsGamer, and a group of YouTubers called the Sidemen, who released ‘diss tracks’ about each other.

“YouTubers out there are creating fake beef. It reminds me a lot of WWE and it’s working. They are getting a lot of views … It is definitely beneficial and that is why people are doing it, they wouldn’t be doing it if it wasn’t getting views,” he explains.

On clickbait, Lee believes it is more of a problem in the news media than on YouTube. “People’s opinions can be changed just through titles and they don’t even read the text. As I said, people are reading less and less text, so they see a title, and it’s a visual thing for them, and then they make a decision based on that.”

Lee started a YouTube channel in 2011 because he “was bored living in Knysna and wanted to do something interesting with his time”. Since then he has racked up 9 470 121 subscribers on his two YouTube channels and 931 255 337 views (taken at the time of writing). His most popular video on his main channel is his girlfriend pranking his roommate, which has over 21 million views, followed by a video of shower pranks he pulled on his roommate, which garnered over 17.5 million views.

His advice to aspiring South African YouTubers is the Nike slogan, “just do it”. He adds, “Enjoy what you are doing but don’t try and see it as a job at all. The minute you start looking at it like that is the minute you will have less fun and it might never happen. And if it has happened still try your best to have as much fun as possible and not think of everything as the bottom line.”

Lee concludes with a heartfelt message to South Africans and the country he grew up in, thanking them for their support, which he says has been “amazing”.

“It’s a nice country to be able to come from and it makes me really proud to know that it’s my home,” he says. “They’re positive about what I have been doing because there are a lot of places like in England where people can be quite negative about people trying to do something different so that’s one of the great things of many about South Africa”.