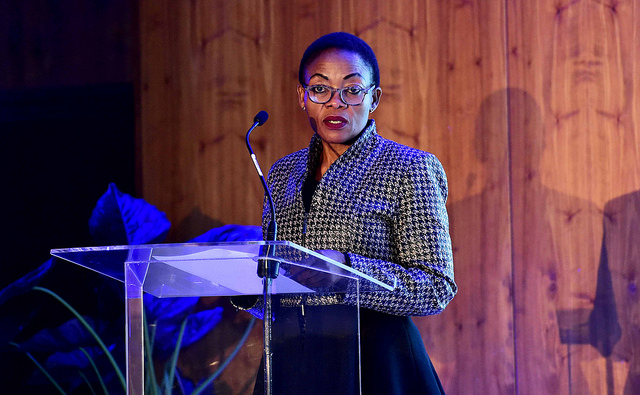 
The South African government wants to form partnerships with Facebook, Google and other social media platforms to protect citizens from harmful content.

“We have seen quite a number of disturbing things that get posted on social media. As government, we have an entity called the Film and Publications Board that also deals with regulating information that goes on social media and making sure young people don’t get exposed to information that is above their age,” explained Deputy Minister of Communications, Pinky Kekana. She was the keynote speaker at Facebook’s NGO event on Tuesday.

“As government we are alive to some of these harmful things, but also we appreciate the good work that social media also does. Because at some point there are things that need to be exposed. Through social media government is able to reign and be able to intervene swiftly. So there is a balancing act that is needed,” she added.

She stressed that the government wanted to form partnerships with Facebook, Google and all other media platforms “so that even when children are going onto the internet, at least there is information and content that is acceptable and that can be used at that age”.

During her keynote address, Kekana praised the social media giant, and revealed that she was intrigued by the company’s evolutionary journey.

“Facebook has evolved from a simple social networking website to a fully blown social media website. It has moved from a simple dorm room project to a multi-billion dollar empire. It is the story of entrepreneurship, innovation and the future.

“A social media site, like Facebook, has become more than just a network site, it is a news site, a marketing site and even campaigning site. It has become a mirror of society and conveyor of all sorts of information,” she said.

Kekana also cited a recent Hootsuite study, which revealed the number of South Africans active on Facebook and social media platforms in general.

Kekana touched on why social media is so powerful. “You are able to get information even before the mainstream media. It’s powerful because you are able to be responsive as government and deal with things swiftly… All we need to do is make sure everything happens within the parameters to protect our citizens.”

This led to the obvious question about fake news and the trustworthiness of news shared on social media. “Fake news has been a problem. It destabilises and disrupts government and communities. It creates negative perceptions and by the time you come to correct with facts, people already have certain perspectives,” Kekana responded.

Pushed for more information about whether government planned on making moves to regulate social media, Kekana laughingly responded, “Don’t pull me towards that,” before adding, “We’ll work with those who are in this space to try to find a middle ground”.

Off topic, The Media Online also asked Kekana to give an update on DTT migration. She referred to Minister Nomvula Mokonyane’s recent announcement that a team of experts would look at the situation in totality and advise, but she did comment, “The Minister will be announcing very soon an update on the DTT migration… We have looked at the challenges confronting us as government; the legal issues that were also there around the rollout, which frustrated the whole process .. Those set-top boxes that are in Post Offices are now being installed and distributed to deserving households.”

A powerful takeaway from Kekana’s speech was when she said, “Sites like Facebook, help us peep through the door knob, and expose what is otherwise hidden by closet racists, misogynists, criminals and even abusers. It has become a useful tool shun and impugn people who refuse to live up to the values enshrined in our Constitution.”