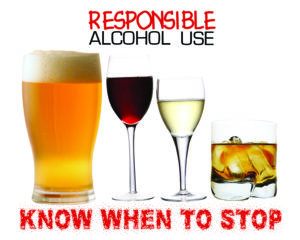 Entries into the 2018 Responsible Drinking Media Awards (RDMAs) are now open and Diageo is calling on all members of the South African media to enter.

The RDMAs, now in their eighth year, recognise journalists and media for their efforts to positively influence perceptions and habits related to the irresponsible use of alcohol.

The awards are open to all South African media who have generated responsible drinking content that talks to the impact of alcohol abuse, including issues such as drink driving, underage drinking, foetal alcohol syndrome, binge drinking and alcohol-related violence.

Any material published between 1 August 2017 and 31 July 2018 on any media platform that aims to support this cause is eligible to enter the 2018 awards and win a prize.

“The RDMAs have become an entrenched part of the Diageo calendar. The increasing number of entries each year, show that there are members of the media who have decided that the abuse of alcohol is a societal issue and one that must be tackled head-on,” says Sibani Mngadi, corporate relations director of Diageo SA.

For more information on the awards and how to enter, journalists can visit //diageordma.co.za/. Entries are open from now until 31 July 2018 and can either be submitted online or by downloading an entry form and sending it to info@diageordma.co.za.

Winners will be announced at an official awards ceremony in late August.

Four students from Vega – a brand of The Independent Institute of Education (The IIE) – are reeling with excitement after receiving two D&AD Pencil awards for their respective group submissions to the competition’s New Blood category.

The D&AD New Blood Awards category recognises young creative talent with the goal of helping them take their first steps into the industry of their choosing. Pencils were awarded to Jenny Groenewald (left) and Raphael Janan Kuppasamy for their ‘Earn Your Stripes’ campaign for Adidas, and to Bernice Puleng Mosala and Kyle Marais for their ‘Embody Your OS’ campaign for Microsoft.

Groenewald and Kuppasamy chose to conduct research into London’s youth and found that, along with being relatively low on disposable income, millennials who live in London don’t volunteer much despite having a fair amount of time on their hands.

“We then created a campaign called Earn Your Stripes, which will give Adidas

consumers (specifically 17-25 year olds) the opportunity to earn a reasonable discount off their next Adidas purchase, by volunteering at specific sports-based and non-sports-based NGOs and NPOs in London,” said Groenewald and Kuppasamy (left).

Mosala and Marais’ Pencil-winning ‘Embody Your OS’ campaign came off the back of a brief that required the team to create an inspiring, forward-thinking short film featuring the Microsoft Surface.

“We chose to focus on human experiences that are relevant now, which include gay right as well as black and female empowerment,” says Mosala. “We then expressed the human truth through spoken word, which is popular at the moment because poetry is an authentic art form that is based on human experiences.” 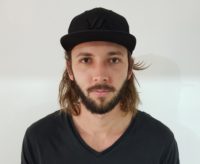 “This award will provide the necessary stepping-stones and exposure for my future in film,” says Marais (left), adding, “As a creator passionate about film this D&AD award shows I’ve got what it takes to create enjoyable and motivational content.”

And staying with the D&AD Awards…

Grey Johannesburg walked away with a Wooden Pencil at the D&AD Festival in London for its Duracell radio campaign ‘Times change. Power doesn’t.’

Grey is especially proud of this accolade as D&AD is a notoriously difficult awards show and considered the most prestigious by many ad aficionados. Out of the thousands of submissions, only eight were awarded Pencils in the Radio Advertising Campaigns category.

Jeff Harvey, who wrote the spots, describes the Duracell campaign as “a fun but nostalgic journey to 2007, highlighting the ten-year duration of Duracell Quantum batteries.” He explains how “Carefully chosen trends, events, politicians, celebrities and technology emphasise how much things change in ten years. But the one constant is a Duracell Quantum battery.”

Lines such as ‘… before 140 characters could overthrow a government.’, ‘When Tiger was famous for playing the fairway. Not the field.’ and ‘It was the year Rihanna opened her umbrella, ella, ella.’ are typical of the ad’s tone.

“We needed to show longevity of the brand as well as the product. What better way than to tie our concept into the ever-changing times we live in?” says Chief Creative Officer at Grey, Fran Luckin.

For Grey, the campaign is the gift that keeps on giving: last year it earned a gold Cannes Lion, and a gold Loerie.

Here are the award-winning spots:

“Grey Global has done extremely well at the D&AD Awards.  As a network, we’ve picked up 12 Pencils this year and I’m extremely proud that our Johannesburg office has contributed to one of them,” said Luckin.

The Lagos Chamber of Commerce & Industry (LCCI) has presented CNBC Africa with the 2018 Award for Best Business Television. The award which aims to acknowledge the very best of business journalism, comes in recognition of the network’s efforts to highlight the narrative of Africa’s growth and the opportunities present in the continent.

The distinct blend of pan-African and international content, and keen focus on economic news led CNBC Africa to emerge as the undisputed winner of this award. CNBC Africa started its African journey in 2007 and has since then, grown to be a dependable network for actionable business and financial information. The detailed coverage provided by the channel across markets and sectors, makes it a reliable source of information to the African business community.

The network aims to be Africa’s business channel of choice across the continent – focused on aggressively growing its viewership by making the channel more accessible to the average African, this award does provide more momentum and encouragement to channel to achieve its dream.

Reputation Matters has won two SABRE Africa Awards and a Certificate of Excellence in the Corporate Image category. The Awards recognise superior achievement in branding, reputation and engagement.

The prize-winning entry from Reputation Matters demonstrated how annual reputation research conducted since 2015 with members of the Institute of Directors of Southern Africa (IoDSA) has led to significant improvements in the overall reputation of the IoDSA.

“We are thrilled to receive these awards which recognise our work ethic, authenticity and determination to grow, constantly pursuing excellence in everything we do,” says Regine le Roux, managing director of Reputation Matters.

Chair of the SABRE Africa Awards judging panel, Paul Homes comments: “The quality of work in Africa is improving year on year. We are seeing exceptional campaigns from across the entire region, with increasingly sophisticated use of digital channels and a more integrated approach.”

At In2 SABRE Awards EMEA, the agency received top honours, winning Best Use of Integrated Social Media for its Life Uncensored Pfizer campaign and receiving a Certificate of Excellence for Best in Real-Time Engagement for its KFC Black Fried Day campaign.

The agency maintained a strong presence at Holmes Report 2018 SABRE Awards EMEA, winning Diamond in the Measurement and Evaluation category for the Life Uncensored campaign for Pfizer and Gold in the Social Media/Social Networking category for its Nimue 12 Week Challenge #NoMakeUpBride campaign.

Earlier this month (10 May 2018), Ogilvy SA won Platinum at the 2018 Holmes Report SABRE Africa Awards for Best in Show for the second year running with the “Life Uncensored” campaign for Pfizer; and four category awards and a certificate of excellence.

“Being recognised with these highly respected awards inspires us to work harder for our clients, who are at the heart of our business,” said Ogilvy South Africa Chief Operating Officer and Head of PR and Influence, Joanna Oosthuizen. “We always strive for global recognition amongst the best in the business.”

A solid food offering and continued innovation are fundamental to success in South Africa’s convenience retail sector, which was borne out at FreshStop’s latest Retailer Awards.

According to Alisa Winfield from Nielsen, the percentage of consumers buying from convenience retailers continues to increase with small stores now accounting for 26% of the global grocery market and 71% of shoppers choose to stop and shop at their closest c-store. 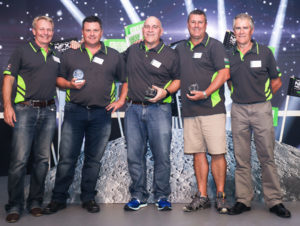 Signs of this growth and success were reflected at FreshStop’s 2018 Retailer Awards where the Eastern Cape region took the top awards for convenience retail performance. With 33 FreshStop convenience stores in their stable, the Caltex Eastern Cape Marketer (CECM) has real reason to celebrate with no less than six of its retailers from the Eastern Cape being recognised for their achievements.

“It is indeed a proud moment to have sites within our region not only taking the top three awards for the FreshStop Retailer of the Year but also to have two runners up in this category and a runner up in the Best Coffee (Seattle Coffee) category. These retailers have clearly shown that the more you put in the bigger the award and it is a clear reflection of their passion and hands on approach on a daily basis” said CECM CEO, Clive Berlyn.

In yet another coup for the Eastern Cape, it was announced that FreshStop at Caltex Fort Gale Motors in Mthatha has been elected as one of the ten finalists for the 2018 International Convenience Retailer of the Year Award which was announced by the National Association of Convenience Stores (NACS) in the United States. The final standing will be announced in June this year at the international trade convention and awards function in London.

South Africa receives ‘The Best in the World’ Award 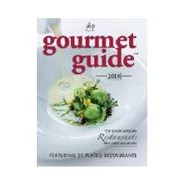 When the first JHP Gourmet Guide was launched in May 2016 chefs, the industry and diners applauded South Africa’s completely impartial restaurant rating, subscribing to international standards. There are no restaurant nor hotel advertisements – it is neutral and unbiased, with restaurants initially judged anonymously. Only 21 restaurants and their chefs are awarded plates.

“I am incredibly proud of this award and the JHP Gourmet Guide team, our partners and our chefs in South Africa. The guide showcases their talents,” says Jenny Handley, curator and author.

The striking, glossy guide is a must-have for travellers and food lovers with the signature recipes from the top chefs in South Africa making it a keepsake. The 2018 JHP Gourmet Guide™ is available in selected Woolworths, Exclusive Books, Wordsworth and other national book stores, and online at R299.

Produced by the International News Media Association, the Global Media Awards were presented before more than 400 participants attending the INMA World Congress of News Media at the Mead Centre for American Theatre in Washington, D.C.

“If there were emerging themes among this year’s Global Media Awards winners, it would be about communicating the values held by news brands amid the misinformation explosion and the rise of algorithms, data, and machine learning in the everyday running of a media company,” said Earl J. Wilkinson, executive director and CEO of INMA. “This year’s competition was intensely competitive with a record number of entries that provoked debate among judges on what defines success – the precise argument happening at INMA member companies.”

The Awards Wrap is published every Tuesday in our newsletter. Please send all awards news to michael@wagthedog.co.za