Disney also made a change to the nature of its offer, switching to a cash-or-stocks deal, rather than the all-cash offer it made previously. With an all cash offer, which is what Comcast is still offering, FOX shareholder Rupert Murdoch (left) and his family will be subjected to a massive capital gains tax bill. Hence the appeal of Disney’s new offer.

The bidding war continues, and it will be interesting to see where it goes to from here. To read more about the deal, published by The Economic Times, click here.

Anyone for Sir Martin Sorrell’s peanuts? 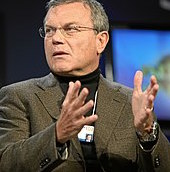 Anyone who thought Sir Martin Sorrell would disappear into anonymity after he resigned from WPP and the subsequent prostitute scandal had another think coming. Sir Martin popped up at the Cannes Lions Festival of Creativity on Thursday where he told his audience his new S4 Capital venture was a “peanut” compared to his former company. “I wouldn’t be worried about a peanut, though it does occur to me that some people have peanut allergies,” he said.

Sir Martin spoke at The Drum’s intimate pub venue, where he gave insight into how he envisions S4 Capital fitting into the media world. He wants it to “go upstairs and sit at the top table like the consultants”.

For more on his plans, check out the WARC story here. 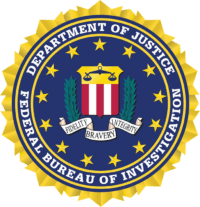 Concerns around lack of transparency with the trading practices of US media companies, has led the Federal Bureau of Investigation to launch an investigation.

Sources say the agency has been contacting people familiar with and who are experts in the US advertising agency for their assistance with the matter.

While very few concrete details are present at this time, as the FBI has a history of keeping its investigations a close guarded secret, it is being reported that several major companies are being looked at, along with the role their executives are playing in the market.

For more information about the situation, published by WARC, click here.

Burger King in Russia gets their advertising very wrong 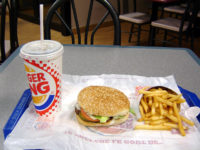 On a day when Croatia thrashed Argentina 3-0, putting the latter on the brink of elimination from the tournament, this wasn’t the biggest news coming out of the World Cup.

The story that had everyone talking was an ill-conceived online advert by Burger King in Russia, which promised that “every woman will get three million rubles (around $45,000) and a lifetime’s supply of Whopper burgers if they are impregnated by a World Cup soccer player”.

The advert went on to add, “Women who manage to get the best football genes will ensure Russia’s success in future generations.”

While some view the marketing idea as a social commentary on politicians calls for Russian women to not have sex with foreigners during the tournament, others have slammed the advert for its message.

To read more about the controversial situation, published by The South African, click here. 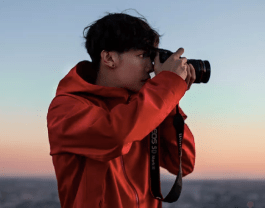 Talking about getting things wrong, a Singaporean influencer has apologised after being bust passing off stock images as his own and said he will accept all consequences of his actions.

Singapore website Mothership exposed Daryl Aiden Yow after he doctored images and shared them on his Instagram feed, claiming to have used a Sony camera to take them.

Sony told Mothership it was “surprised and disappointed”, insisting it “encourages the art of creativity, however we do not condone any action such as plagiarism and take a serious stance on it”.

Yow apologised on Instagram, writing, “The outrage regarding how I have conducted myself is justified and I accept full responsibility for my actions and all consequences that arise from my actions,” he wrote.

Check out the photos and the story on Mumbrella. 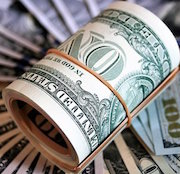 A new study by Ebiquity has made the bold claim that advertisers around the world are missing out on $45 billion that they could make in profits, if they allocated their marketing spend in better ways.

To read more about the report’s findings and its implications for marketers worldwide, published by WARC, click here.

Disney ups its bid for Fox to $71.3 billion, above Comcast’s offer

Walt Disney Co highlighted its seriousness in purchasing the bulk of Twenty-First Century Fox Inc’s film and television assets, by raising its offer to $71.3 billion. 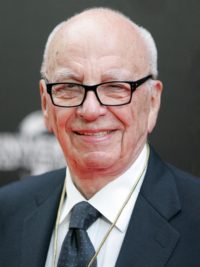 This beats a previous offer of $65 billion, which was made by Comcast Corp.

Disney also made a change to the nature of its offer, switching to a cash-or-stocks deal, rather than the all-cash offer it made previously. With an all cash offer, which is what Comcast is still offering, FOX shareholder Rupert Murdoch (left) and his family will be subjected to a massive capital gains tax bill. Hence the appeal of Disney’s new offer.

The bidding war continues, and it will be interesting to see where it goes to from here.

To read more about the deal, published by The Economic Times, click here.

Magazine pundits are asking why Facebook has chosen to call its upcoming magazine ‘Grow’. Because, as a large portion of the population are aware, Grow is also the title of the US’s “quintessential cannabis horticulture magazine’ available in 50 states and in Canada too (which is about legalise the good herb for recreational use).

Facebook’s Grow is a quarterly magazine for business leaders, and launched in London earlier this month. CBE, Europe, Middle East and Africa vice president of Facebook, Nicola Mendelsohn, wrote in the foreword that Grow “started life at a small event in the English countryside about a half year ago”. It explores niche brands – “one of the most interesting business stories of the past couple of years”.