LATEST NEWS
Home Digital The plus-sized blogger who’s oozing confidence, and taking down one cyberbully at a time

The plus-sized blogger who’s oozing confidence, and taking down one cyberbully at a time 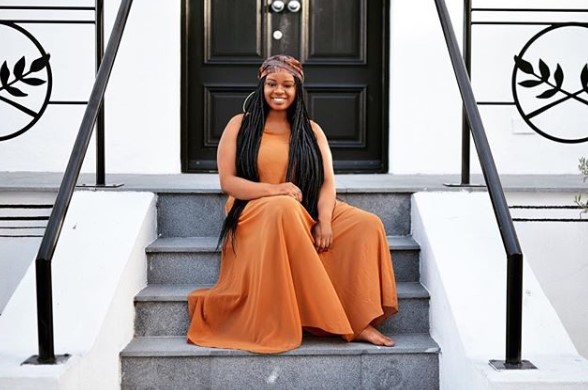 Lesego Legobane, more commonly known as Thickleeyonce on social media, is all about being unapologetically comfortable in her own skin and putting cyber bullies in their place.

She was recently one of the panelists at Castle Lager’s #smashthelabel event, alongside other influencers as they broke down stereotypes about themselves and others.

Last year,Legobane was propelled into global stardom when she tweeted “I don’t like you”, directed at a random guy who used her picture in a meme to body shame curvy women on social media. Her tweet drew so much attention that even American singers Nicki Minaj and Ariana Grande retweeted her snappy comeback.

“The tweet was completely minimalist, I’m past the stage of fighting with people online. It was important that he knew that just because I’m not society’s conventional idea of beauty, I won’t just settle for any man who pursues me, emphasising the fact that not all overweight women settle for less because you think we don’t have options,” she stresses.

The dark side of social media

The influencer reflected on her experiences on social media and how she’s realised that although it’s an amazing tool for positivity, it’s also a place for cowards to hide.

“Some of the time when I got onto social media, people would ask: Who is this fat girl in crop tops and shorts and what is she doing here? People weren’t used to seeing a curvier girl embracing her curves, I guess,” Legobane says.

“Over the years I’ve endured cyber bullying merely because of the way that I look. As much as social media can be an amazing tool to promote your brand, it can also be a space where people hide behind their keypads to say the most negative things about you, which they wouldn’t be able to say to your face.”

The internet is a place filled with miserable people at times and misery loves company.

Navigating through the hate

It’s safe to say that all the negativity that’s come her way has allowed her to develop a thicker skin, because she could care less about haters.

“I don’t take it that seriously, I mean the other day I saw my fat shamers having an interview somewhere and she’s just as fat as I am. A clear reflection of who these people really are, if you know who you are and are secure in your image, nothing that anyone says matters,” she explains.

And if you need advice on fashion, choosing the right bra, or travelling, just check out Legobane’s YouTube channel.

The land of Ferraris and supermodels

Social media has unfortunately become less about individuality and more about displaying what you’ve got. Sadly the youth are buying right into it, wanting what they can’t have and hating what they do have. She encourages them be less naïve and see it for what it is, just smoke and mirrors.

“It’s important to remember that social media is all staged, influencers are paid to make their life look perfect and make you think that they have all the money in the world. Don’t compare your life to anyone else’s, stay in your lane and never ever try to be the thing that you’re not,” Legobane advises.

The key to longevity on social media is staying true to yourself. The minute you lose yourself is when you’ve got it all wrong. She believes social media should be a hobby, not your whole life.

As Legobane says: “I’ll sometimes time myself just to see how much time I spend on Twitter or Instagram as a way to not be totally consumed by it.”