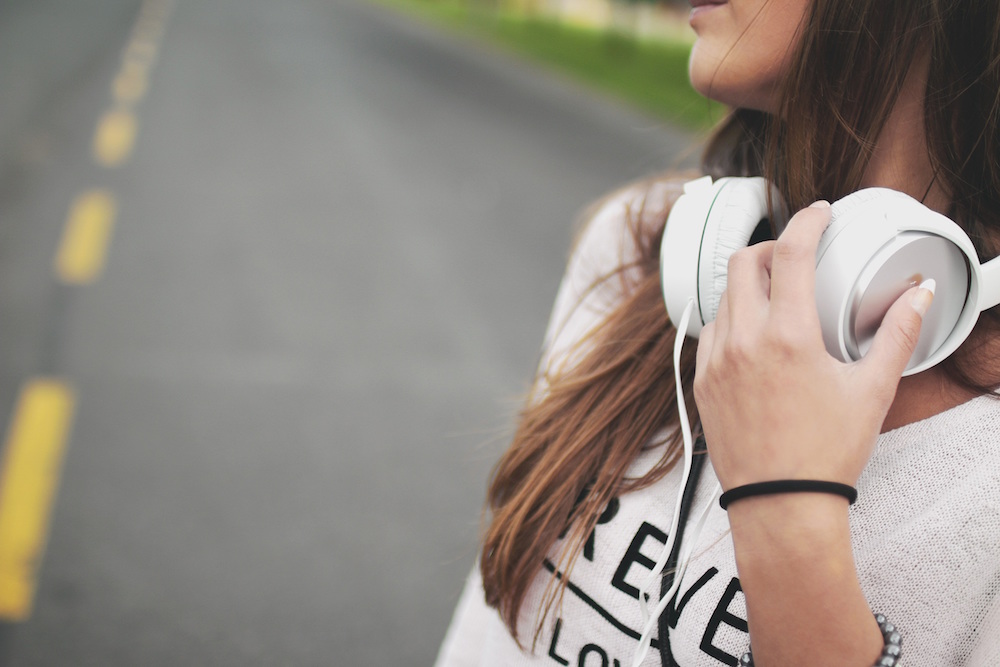 While times may not yet be booming for radio broadcasters, those who have a clear vision of how to deliver to their advertisers will prosper, as tracking the shifts in the medium over the past year have shown.

Advertising investment is the life blood of South African radio. Unfortunately, the only measure of it, Nielsen’s Ad Dynamix, is imperfect: it only measures spot revenue and is rate card based, thus delivering a rosier view than the discounted market reality. A further complication is that from 2017, Nielsen began reporting on Nett rates: if one is to compare the most recent available data (12 months ending January 2018), with the previous year, it is advisable to strip out commission from the earlier period. 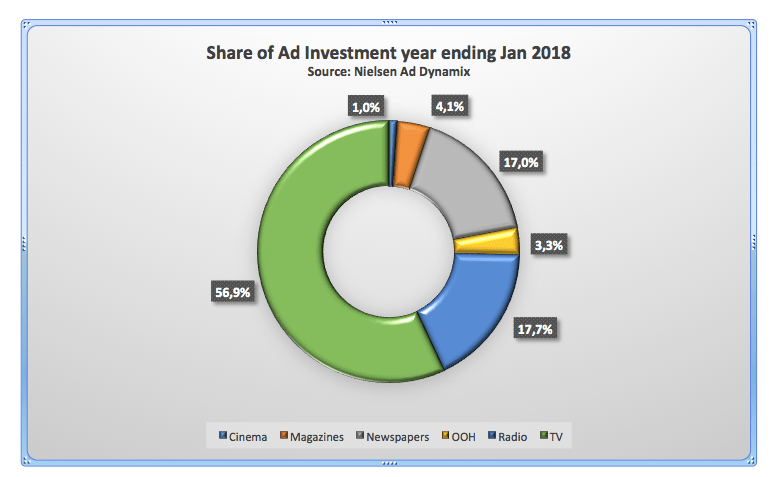 On this basis, radio looks in fine fettle, having nudged ahead of newspapers, and increasing its share of legacy media investment to 17.7% from 16.8%. This represents a growth rate of 11.9%, well ahead of the overall market’s increase of 5.8%.

But Karl Gostner, former group head of strategy at Primedia Broadcasting and recently appointed its chief operating officer, admits that the reality is “not as rosy” as the data suggests, while Cobie van Jaarsveld, general manager, business intelligence at SABC Commercial Enterprises concurs, called 2017 “a very challenging year for the SABC”. United Stations managing director, Rivak Bunce, describes the advertising environment, in the last last 24 months, as “brutal”. His counterpart at Mediamark, Werner Lindemann, suggests that a 1.4% revenue growth in overall radio in 2017 is more realistic, but is quick to point out that the Mediamark brands grew at approximately 9%.

From this comment, it can be inferred that some stations experienced significant declines. The Nielsen data supports this, showing wide variations in stations’ spot revenue. 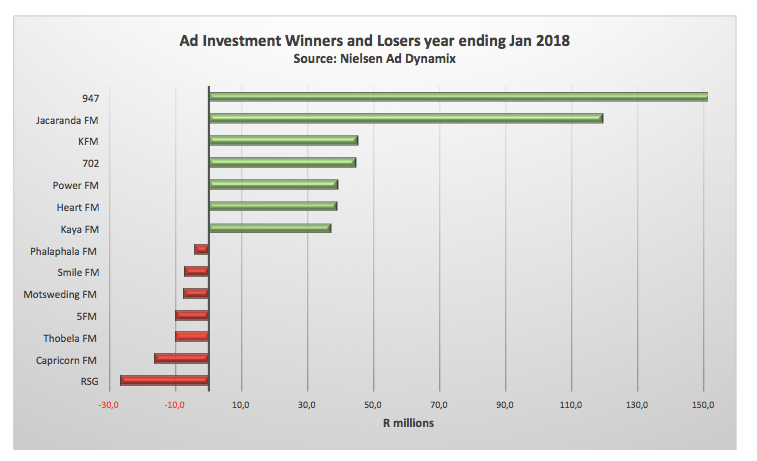 This top-line view of the major winners and losers in terms of ad revenue, suggests that SABC, in particular, has suffered. Ilan Lazarus, managing partner at PHD, comments that “worrying signs for the SABC remain, as they appear to be struggling to recover from their 80:20 content policy”. He adds that audience losses and increasing rates compounded the corporation’s problems, resulting in some unsettling inventory statistics: February 2018 AFStereo monitoring data indicates “many of the SABC stations are selling less than 20% of their available airtime inventory!”

Van Jaarsveld acknowledges that their competitors reacted faster than the SABC to the “pressed economic reality in 2017” by offering enticing trading options to new and existing advertisers, but points out that the SABC’s commercial mandate is “written in such a way that value incentives to advertisers must be applied fairly and consistently”. This clearly inhibits the SABC’s ability nimbly react to the tactics of their commercial competitors.

A comparison of the BRC RAM data (July – December 2017) with the same period of the previous year, shows that although overall radio reach remains stable, this is not the case at individual station level: 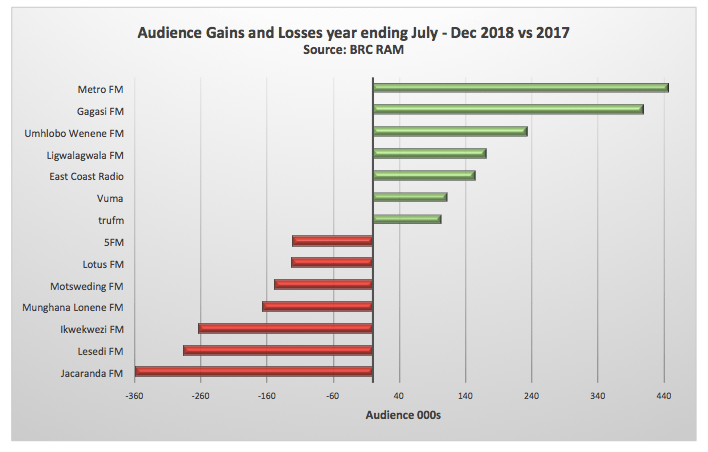 It is worth noting that the correlation between audience performance and ad revenue is not as close as might be anticipated. A partial explanation might be that media selection decisions are often made annually and not revisited when the quarterly BRC data is released. There is something of a lag too, because the fieldwork for the RAM diaries takes place over three months.

For Jodie Bailey-Norris, senior communications manager: connections planning, Coca-Cola Africa, “the biggest challenge with diary data is that it’s a snapshot in time. In a fast paced digital world, the biggest effect on how we spend and commit ad dollars will be when the data is more dynamic and we can assess real time results versus the lag we currently experience. It is what it is, but at some point in the future there’s going to need to be shorter intervals on reporting so that brand investment decisions can be more real time”.

Nevertheless, she acknowledges that the BRC RAM data facilitated “very level and fact based conversations and responses to some of the partners we have longer terms agreements with, to ensure that these would continue”.

Tatiana Ndlovu, Nedbank’s media group head, affirms the marketer’s continued and sizable commitment to the medium. She underlines radio’s “inherent ability to deliver scale at much lower cost per thousands (in contrast to TV)”, as well the power of the theatre of the mind. Describing it as “an appointment listening medium” she argues that this was positive for advertisers as their “brands are reaching the right audience at the right time enhancing effective targeting and minimizing wastage”.

She references a recent Ebiquity report, which showed that “advertisers realise the advantage of radio in that it is consumed in the listener’s personal space and feels like there’s a one-on-one connection with the presenter or the music. Advertisers who took part in the survey noted an immediate uplift in sales after running radio campaigns”.

Another attraction for advertisers, identified by Lazarus, is the synergy between radio and digital. Lindemann concurs, saying “we see higher effectiveness in campaigns that uses digital AND radio. We do believe that multi-channel touchpoints on a campaign leads to better consumer engagement”.

Advertising decision-makers and broadcasters tend to agree on the challenges facing radio. Lazarus calls music “the heartbeat of radio”, and believes that “the ease of accessing music is a major threat to broadcasters, particularly streaming platforms, such as Spotify”. He further lists “the growth of smart speakers (wireless speakers controlled by voice recognition) and the newer motor vehicles providing access to music streaming services” and “the need for broadcasters to evolve to ensure that radio remains relevant, particularly amongst the youth”.

Ndlovu points out that “internet penetration and/or fibre to the home is still an issue affecting many South Africans and the price of data”. These circumscribe the local broadcaster’s capacity to keep up with the fast paced audio evolution, being experienced in many first world countries. Gostner points out that while there is an audio renaissance with consumption at an all time high, it is not necessarily linear audio. He also stresses that the local digital market is relatively immature. For him the key challenge is to balance future-proofing the business, with commercial sense in the present.

Reassuringly, there is widespread agreement with Lindemann’s view of “renewed positivity both within the broader economic and political environment”. Bunce affirms that “revenue over the past three months shows that momentum is growing once again”.

Bailey-Norris believes “the broadcasters who will remain profitable and sustainable are the ones who understand how to redefine the value they offer both advertisers and listeners.” She believes that “a station needs to be agile and adaptable, in terms of responding to listener demand and behaviour. Some stations are well ahead on this journey… The number of recent presenter changes and switches between stations indicates that there is a lot of focus on attracting presenter talent and hopefully new audiences.”

Meeting advertiser needs, requires “redefining the relationship from purely transactional to partnership based. It is not enough to chase a cheque – there needs to be a value equation that benefits both parties”.

The broadcasters and their sales houses have been giving this a lot thought. Gostner refers to a “sociological shift in the way businesses operate”, with there being a “greater openness to partnership and integration”. He explains that Primedia has developed its capacity to deliver non-traditional radio solutions and innovations such as ‘Radio to Road’, in which a radio promo triggers the same campaign creative to roll out on digital billboards.

Lindemann refers to “solution based selling”. He says radio stations are “constantly growing and refining their digital and on the ground channels to reach their audiences wherever they are”. Examples are the East Coast Radio and Jacaranda apps, ECR TV and its ECR Shop, Kaya Travel and Kaya TV. Together with radio stations’ social media channels and repurposed and curated on-air content, these offer advertisers “the opportunity to touch the consumer across of all of these channels in a way that is authentic to the brand and fits in with their broader strategy”.

While times may not yet be booming for radio broadcasters, those who have a clear vision of how to deliver to their advertisers will prosper.