WARC’s latest data report, which focuses on global ad trends for the past year and this year, provides some fascinating insights.

These include the following key takeaways:

Incumbent agency Essence will be defending its NBCUniversal Entertainment media planning and buying account as the brand has undertaken a review.

WPP’s Maxus had been NBC’s media agency of record since winning a 2011 review that followed Comcast’s acquisition of the cable giant and a subsequent 2014 pitch for the digital portion of the business.

Three years later, WPP mergedMaxus and MEC to create Wavemaker, with Essence spinning off into its own agency unit and inheriting all the NBC business.

Out of home media works as customer retention tool

A new report by the Journal of Advertising Research, Do Billboard Advertisements Drive Customer Retention? Expanding the ‘AIDA’ Model to ‘AIDAR’, has found marketers could have overlooked the potential of out of home advertising as a customer retention tool.

“Traditional management assumptions that billboards are mainly awareness and interest builders may be more a limitation of their typical usage rather than potential capabilities,” the authors wrote.

“Such models generally omit post-purchase and reinforcement roles of [outdoor] advertising, however, which reflects their origins in a selling-oriented era.”

Their paper proposes that the traditional Attention–Interest–Desire–Action (AIDA) model for measuring the power of outdoor media needs to be extended with an extra “R” to reflect the additional asset of “Retention”, WARC reported.

For more, read the story on WARC here. 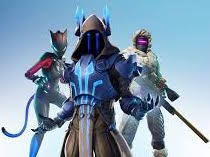 Epic Games, the makers of Fortnite, as well as companies such as Disney and Nestle have pulled advertising over ads appearing alongside videos shared by paedophiles.

“All Nestle companies in the US have paused advertising on YouTube, a spokeswoman for the company said Wednesday in an email,” Bloomberg reported yesterday.

“Video game maker Epic Games Inc. and German packaged food giant Dr. August Oetker KG also said they had postponed YouTube spending after their ads were shown to play before the videos. Disney has also withheld its spending, according to people with knowledge of the matter, who asked not to be identified because the decision hasn’t been made public.”

YouTube told Ars that it has taken action against users violating its policies this week, including by terminating more than 400 channels, deleting accounts, and disabling comments on tens of millions of videos, the site reported.

Ars has the full story. Hanrahan is responsible for accelerating agency growth and culture and working with clients across the agency roster.

She will report to Publicis Media America’s CEO Tim Jones.

Members of the Association of Commercial Television (ACT) in Europe, and the European Broadcasting Union (EBU) have called for “critical action” in terms of stricter regulations for global online platforms.

They want these platforms to be more responsible and accountable in today’s new media world, with them believing that censorship and disinformation from unregulated global platforms is jeopardising the credibility of European public and commercial broadcasters.

IBC has more information on this story, here.

Amazon advertising poised to pull ahead of Google

Publishers around the globe blame tech companies for loss of advertising. Now the giants are taking business from each other.

Research firm eMarketer has reported that Amazon’s AMZN advertising business will take market share from Google GOOGL in 2019. Amazon is projected to claim 8.8 percent of U.S. digital ad spending in 2019, up from 6.8 percent in 2018, and could reach 10 percent market share by 2020, according to the study.

Google, on the other hand will lose a percentage point dropping from 38.2 percent to 37.2 percent while Facebook is expected to pull 22.1 percent of digital ad spending in 2019, just barely up from 21.8 percent last year.

For more, check out the CNBC story here.