Entries can be submitted to the Publishers Support Services (PSS) offices or via email at penelope@pdmedia.org.za or fatima@publishersss.org.za.

There is no extension this year so no late entries will be accepted.

The awards recognise excellence in journalism and strive to reward journalists for publishing the truth under difficult, and at times threatening, conditions.

This year’s awards ceremony will take place on 12 September 2019 at The Venue, Melrose Arch.

On 28 March, South Africans with a passion for digital will converge at the IAB Summit19. In only five years, it’s become known as the place to network, engage with leading digital thinkers and get a glimpse of where digital innovation in South Africa is headed. This year’s summit is themed: The New Now, Transformation through the Power of Digital. With only 500 seats available, tickets are selling fast. Here are several reasons why you should reserve your seat ASAP.

This year’s IAB Summit19 covers all facets of The New Now, from corporates evolving through digital disruption and results-driven digital product development to the intersection of marketing and street culture, youth participation in digital and using online tools to empower underprivileged communities. If it is trending, it will be on the lineup at the IAB Summit19. Every talk will be 30 minutes or less, giving you enough meat to go back and implement the principles in your own business’ context.

Digital doesn’t stand still, and neither do we. It is important that we connect the theory and best practices of digital with its practical use and impact, which is why this year’s Summit will include new 15 minute demos showing technology in action with live audience participation.

The goal of the IAB Summit19 is for the audience to learn as much as possible, and come away with insights, tips and strategies that can be adapted in their own environments. For this reason, the IAB SA has introduced a series of 10×5’s, which are 5 minute bursts of fast learning insight from leaders in the direct brand economy. Each speaker will have 10 slides, with 10 insights, lessons or values that they would like to share.

While there will be plenty of experienced industry stalwarts sharing their knowledge, the IAB wants to celebrate the youth who are making waves in our industry. As an industry, we know that our youth bring the perspective and state of mind to lead our businesses into the next evolution of our digital economy. Now is the time to focus on our young rock stars who are already propelling our industry forward into 2019 and beyond.

The IAB Summit19 is not only about what is presented on stage, but what goes on off stage too. As a meeting of digital minds, the IAB Summit19 is a gathering of leading digital execs, as well as up and coming talent. All facets of digital marketing in South Africa will be represented, making it a melting pot of the most innovative thinkers in the industry.

To book your ticket click here or to learn more about the program, event sponsors and the lineup of the day, visit the event website.

SundanceTV has announced the second SundanceTV Shorts Competition, following last year’s successful launch in South Africa. The Jury Prize-winning film will premiere at an event during Sundance Film Festival: London, which takes place from 30th May to 2nd June, followed by a broadcast on SundanceTV later this year. DStv will partner with the channel in South Africa for the second year running to support the competition, with a representative joining the panel of jurors alongside SundanceTV and Sundance Institute.

The Jury Prize for the 2019 SundanceTV Shorts Competition will be judged on a number of criteria, including creativity, entertainment value, original storytelling and production values.

The competition winner, announced in May, will receive a trip for two to London in June, which includes a screening of their film during Sundance Film Festival: London, followed by a broadcast on SundanceTV, DStv channel 108, later in the year.

Submissions to the 2019 SundanceTV Shorts Competition from filmmakers in SA, France and Spain can be made from 5th March to 16th April at www.sundancetvshorts.com.

Local entries can be submitted by the producer or director, who must provide proof of residency. Films should be no longer than 15 minutes and must be delivered with English subtitles if English is not the spoken language. Entries must meet SundanceTV’s official rules and technical requirements, available on the website.

From New York to Tel Aviv to Mumbai, WARC scoured the globe for the world’s most awarded campaigns and companies for creativity and effectiveness.

The WARC Media 100, the third and final ranking on media excellence, is out now.

This year’s winner scored a hat trick – taking home the #1 campaign, media agency and agency network. Says the agency, “Of all the accolades we have won, this achievement will be a moment none of us forget.”

Discover the story behind the winning campaign and download the top 10 lists. 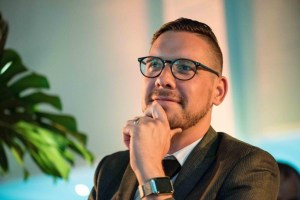 Hot on the heels of winning Best South African Blog of the Year, founder of South Africa’s Good Things Guy, Brent Lindeque (left) has been named the category winner of ‘Social Enterprise and Philanthropy’ and the fourth most influential South African in the ‘100 Most Influential Young South Africans’ poll.

The survey, conducted by leading international PR and ratings agency Avance Media, recognises remarkable contributions made by individuals towards their respective fields which have impacted other young South Africans and beyond.

“It’s moments like these that remind me that I am on the right path,” says Brent. “Good Things Guy feels like a gift that was given to me to help South Africans see our beautiful country with new eyes and I am thankful for each and every one of our readers!”

Previous winners include comedian and TV personality Trevor Noah (2016) and Ndlozi (2017). This year, Caster Semenya was the first woman to be awarded the coveted title as the Most Influential Young South African for 2018.

“I believe that there is always a good news story to tell and I’m honoured to be recognised as an inspirational South African amongst amazing individuals who have excelled in their fields of business, lifestyle, sport and entertainment. All this in the first quarter of the year! I’m looking forward to sharing many more good things throughout 2019.”

The Good Things Guy can be found at www.goodthingsguy.com.

The winners of the WAN-IFRA’s 2019 Middle Eastern Digital Media Awards were celebrated during a ceremony at the end of the first day of the 14th annual Middle East Conference.

The awards recognise publishers in the region that have delivered unique and original digital media projects during the past 12 months, from new approaches to digital subscriptions to powerful native advertising campaigns and more. Over 70 projects from throughout the Middle East were entered in competition this year across ten categories.