Consumer goods giant, and the world’s second largest advertiser, Unilever is launching a “trusted publishers” network, with the aim of giving the company more control and visibility over where its ads are placed online.

Any publisher hoping to be included in the scheme will have to meet very strict criteria, which go beyond the company’s traditional 3Vs of viewability, verification and value standards.

For more on this, published by WARC, click here. 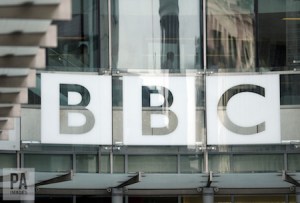 In his letter in the BBC’s annual plan for 2019/20, the broadcaster’s director-general, Lord Tony Hall, warned that local content was under threat from global players.

“We must not underestimate the importance of distinctively British content. At a time when the country feels divided and fragmented, our responsibility to reflect and represent every part of the UK and make sure all voices are heard has never been more crucial,” Hall wrote.

Giants like Netflix, Amazon, Comcast and Disney are taking over, increasingly spreading their reach and popularity at the expense of local content.

This isn’t just a British issue, with the South African market needing to watch out, so that local content doesn’t get ignored or overlooked.

The American Athletic Conference has signed a 12-year extension for its global media rights with ESPN. 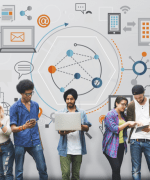 New research has revealed some fascinating insights into the global digital advertising market.

The research adds that regardless of political and economic concerns in various markets, increasing digital advertising business will sustain overall advertising benefits. 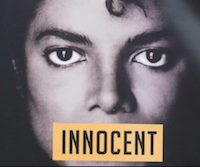 The investigation by the Advertising Standards Authority in the UK into outdoor poster claiming Michael Jackson is innocent of the claims made in Leaving Neverland is finished.

The watchdog said there was little practical action they could take as Transport for London had already removed the ads, but not before coming under fire for allowing them in the first place.

“We received 34 complaints in total. In assessing whether there were grounds for further action, we took into account the fact that TfL had removed the ads following concern from the public,” the ASA said. “In this instance, as the ads had already been removed, there was very little practical action left for us to take.”

For more, read the story on NME. 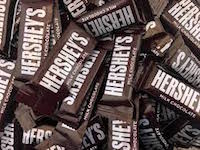 US chocolate maker Hershey will be using blockchain technology for its advertising campaigns, the company announced this week. It has joined the blockchain based coalition AdLedger, a non-profit consortium that develops shared database technologies for the digital advertising market, launched by IBM, Tegna and MadHive in 2018.

“Hershey’s first foray in blockchain may purely for advertising, but there is a healthy possibility that the company will explore the tech’s potential for its supply chain management. Blockchain has a proven record in the logistics industry as a number of e-commerce companies like Alibaba and Amazon, who heavily depend on logistics, have successfully implemented the technology in their respective supply chain departments,” www.coinnewsspan.com reported, adding that there were concerns over the ad industry’s lack of data transparency.

For more, read the report here.

New York based outdoor advertising company, Ballyhoo Media, is in big trouble with the Big Apple’s mayor, Bill de Blasio. He has accused it of turning New York’s scenic waterways into a Times Square-style blight.

Now the city has fled a suit against Ballyhoo Media, alleging that the LED-lit floating billboards on the Hudson and East rivers are a “public nuisance” that have broken zoning laws, and distract motorists.

“Our waterways aren’t Times Square. These floating eye-sores have no place on them. Ballyhoo is operating in direct violation of the law, and we are filing this suit to put a stop to it,” De Blasio said.

The signs carry ads for Heineken and the Universal Pictures film Dr. Seuss’s The Grinch. But Ballyhoo’s CEO, Adam Shapiro, said the the company hadn’t broken zoning laws. In a statement, he said, “Advertising along the city’s waterways is not new activity, Ballyhoo just happens to be the newest”.

The full story is in the New York Post.