Mindshare has claimed the title of leading network in Asia, according to WARC’s recently announced ‘Best of the Best’ list.

The ranking compiles the region’s best campaigns, agencies and brands across parameters like creativity, effectiveness and media excellence.

It is based on WARC Rankings, which consider how well the campaigns and agencies have performed in some some of the most prestigious global and local award shows.

Entries open for FAIRLADY Santam Women of the Future 2019 Awards 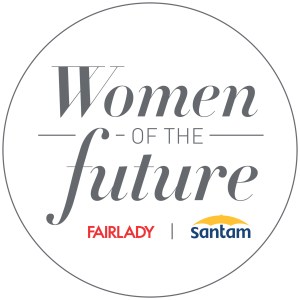 FAIRLADY and Santam are looking for South Africa’s Women of the Future: three amazing women who are creating opportunities for others and boosting South Africa`s economy by setting up their own businesses.

The FAIRLADY Santam Woman of the Future 2019 title goes to an entrepreneur aged 30 years or older whose business is older than 1000 days (3 years) and who is well on her way to creating an empire.

The FAIRLADY Santam Rising Star 2019 title is awarded to an entrepreneur between 16 and 30 years old who is still within her first 1000 days but whose business, our judges believe, will flourish way beyond them.

The FAIRLADY Santam Social Entrepreneur 2019 title is awarded to an entrepreneur making a real difference in her community. Aged 30 or older, her business has survived the first 1000 days.

The prizes awarded to the three winners are R80 000 in cash to the Woman of the Future, R50 000 each in cash to the Rising Star and Social Entrepreneur and, to all the winners, an invaluable mentorship session with one of the judges, a short course from the IMM Graduate School, worth R15 000, a Karissa Business Spinner and Business bag from Samsonite worth R7 000, a ladies watch from Obaku worth R2 000, a luxury beauty hamper and a media training session.

Entry forms and terms & conditions are available on www.womenofthefuture.co.za.
Entries close on 7 June 2019.

The general public can nominate a female entrepreneur for entry into any or all of the three categories: Woman of the Future, Rising Star or Social Entrepreneur. Nomination forms can be found on //www.womenofthefuture.co.za/nominate-now/

This year’s INSP Awards saw a record number of entries, with 365 submissions from 54 street papers in 28 countries.

Established in 2008, the awards highlight the outstanding achievements of independent street paper journalism and street papers’ contribution to social justice.

Eleven gongs are up for grabs across editorial and impact categories, including two new awards for 2019 to honour Best Special Edition and Best Partnership.

Through the collaborative efforts between Nedbank Insurance and Accenture Interactive, the award-winning geyser telematics solution (brought to you by Nedbank Insurance) received additional industry acclaim at the 2019 IAB Bookmark Awards, earning gold in both the Customer Experience and IoT categories.

Now in its 11th year, the IAB Bookmark Awards reward excellence in digital and showcase the potential that exists to build brands through creative and high-impact digital executions that deliver measurable results.

Geysers account for a large portion of a household’s monthly electricity costs, which continue to escalate at rates that outstrip inflation. Geysers also burst or break, often while the homeowner is out or sleeping. This results in the inconvenience of no hot water or, worse, a flooded and damaged home. The resultant insurance claims are also significant.

Yet, despite the prolific impact that these factors have on consumers’ lives, most homeowners lack the ability to control this appliance. Intelligent, connected technology, therefore, offered the ideal solution to these challenges. In response, a geyser telematics solution, working name Senseable*, brought to you by Nedbank Insurance, was created to transform and improve the lives of Nedbank Insurance Home Owner Cover Policyholders.

The device senses moisture in the drip tray, immediately shuts off water and electrical supply to the geyser, which limits resultant damage, and automatically logs a claim (First Notification of Loss) on behalf of the customer and begins the process for a plumber to be sent out to assess and replace the geyser.

A push notification is sent to the app on the customer’s mobile phone alerting them of the event, and next steps to follow, the outcome – Nedbank Insurance contacts the client to inform them of the geyser fault and asks them, when is a convenient time to sort out this problem and not the other way around, as traditionally experienced.

The ability to remotely switch geysers on and off and set schedules for optimum temperature and operating hours via the app has allowed homeowners to save an average of R250 per month in energy costs.

The entries into the categories were also very good. Category 4. FEATURE WRITING had 55 entries, Category 1. HARD NEWS saw 35 entries and while and Category 2. Columns and Editorials and Category 9. NEWS PHOTOGRAPHS both had 34 entries. The new Category 14. LIFESTYLE that was introduced this year for soft issues such as Travel, Reviews and related topics drew 30 entries, which is excellent for a new category.

The increase in entries speaks to the tenacity of the newspaper journalism industry, which despite operating under difficult conditions, including decreasing circulations and shrinking newsrooms, continues to provide excellent journalism by uncovering and bringing the truth to the South African public.

This year the Awards will take place on 12 September at The Venue, Melrose Arch.

All the winners will receive R15 000, a trophy and a certiﬁcate while all finalists receive certiﬁcates. Commendation Certiﬁcates are awarded at the judges’ discretion. The Convening Judge this year is Mathatha Tsedu, who also oversaw the judging panel and process last year.