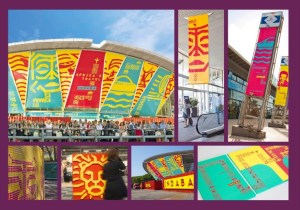 Hot on the heels of being part of the team praised by Tourism Minister Derek Hanekom for delivering the “best Africa’s Travel Indaba hosted yet”, FCB Joburg has received another accolade for its work on the account.

This time, it’s a Wood Pencil from the D&AD Awards, which bestows the most prestigious awards in the creative industry – the Pencils. 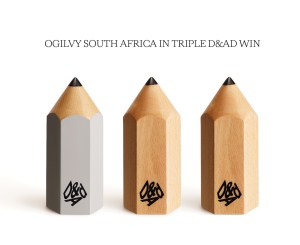 The agency scored two Pencils for its collaboration between the Nelson Mandela Foundation and Philips South Africa, with the Shave To Remember Campaign. Winning a Graphite pencil for Direct Response/Ambient, plus a Wooden Pencil for Direct Response/Film. In addition, its Soccer Song For Change campaign for Carling Black Label captured a Wooden Pencil for Innovative Use of Radio/Audio. In total Ogilvy SA was shortlisted for awards in a total of five categories.

“Our teams in Cape Town and Johannesburg deserve huge congratulations for this global honour,” said Ogilvy Chief Creative Officer Pete Case. “These were both highly creative and integrated campaigns that caught the attention of millions of South Africans. At the same time they both drove brave and much needed commitment, towards positive social change in our country. We’re very proud to have this type of brand activism recognised on the world stage. We are also very pleased to have clients who partner with us to push the boundaries of advertising and communication.”

The D&AD Awards have been celebrating creative excellence for the past 57 years. The awards see 250 of the world’s best creatives invited to judge work by advertising agencies around the world to see who wins an iconic D&AD Pencil.

SundanceTV has announced the winner of the 2nd annual SundanceTV Shorts Competition. The winner of the Jury Prize is Life’s a Drag by Johannesburg-based filmmaker Kate D’hotman. She receives a trip for two to London, which includes a screening of her film at a SundanceTV event during Sundance Film Festival 2019: London, taking place from 30 May to 2 June. The winning film will also be broadcast on SundanceTV, DStv channel 108, later in the year. 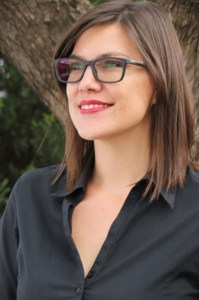 hard to adjust. Life after death just isn’t all it’s cracked up to be. He’s in a dead-end job working for a narcissist, and he hasn’t been laid since before the Apocalypse. Up until now, he’s played by the rules, but Bob is reaching his breaking point, and he’s about to lose his temper. Life’s a Drag offers a hilarious reimagining of a world in the grip of a zombie apocalypse.

“I made Life’s a Drag because I wanted to have some fun and flex my directing muscles again, and hoped that we could enter it into a few festivals to get some exposure in the lead up to my first feature, which I hope to shoot later this year,” D’hotman (left) said. “But I certainly didn’t expect to win such a prestigious award! It’s a huge honour and I’m so glad that the film has been so well received. The team all worked really hard, on a less than shoestring budget and I couldn’t be prouder of everyone.”

WARC has introduced the 2019 WARC Media Awards, a comprehensive set of awards spread across four categories, with a $40,000 prize fund to reward the insight, strategy and analytics that power effective media investment around the world.

“The WARC Media Awards recognise the essential role of robust communications channel planning in delivering effective and efficient campaigns, particularly in this era of multiple choice and fragmentation – and as such aim to inspire generations of practitioners to come,” said Carrie Timms, vice president of global media at Unilever and chair of the judging panel for the Effective Partnerships and Sponsorships category.

For more details about the awards and how to enter, click here.

Entries are now being accepted for the 2019 Mobile Journalism Awards.

The awards honour the best #mojo reporting each year and are organised by a global partnership of journalism schools and non-profits to recognise excellence in non-fiction visual storytelling.

To find out more about the awards, and how to enter, click here.