LATEST NEWS
Home Out of Home Programmatic in OOH light years away… or is it?

Programmatic in OOH light years away… or is it? 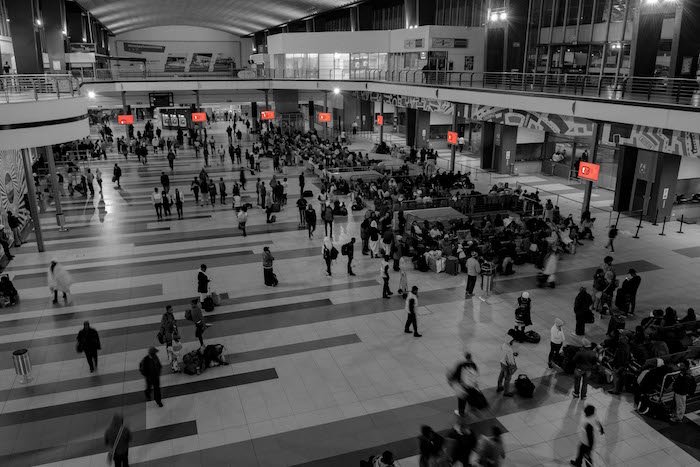 
Out of home media owners are divided on whether the sector is ready for programmatic, but it’s definitely on its way.

In the United States, 82.5% of all digital display ads will have been bought programmatically in 2018. According to an eMarketer forecast, the ‘US Programmatic Ad Spending Forecast 2018: Private Setups Pull Even More Ad Dollars to Automation’ report, this amounted to $10 billion more than in 2017.

The company’s principal analyst, Lauren Fisher, says there’s been “significant momentum” behind programmatic out of home (prOOH). “Buyers have come to rely on programmatic as the primary way to infuse their ad campaigns with first-, second- or third-party data insights,” Fisher said on the release of the report.

Cut to South Africa, a significantly smaller market. Out of home media owners are divided on whether the sector is ready for programmatic, and even if it would be of much use here. Other technology, and combinations of useful tech and software, are being used in the DOOH space.

“Programmatic buying in the digital out of home environment globally is in its infancy and the reality is that it’s light years away from reaching our shores,” Provantage Media Group CEO Jacques du Preez, reckons. 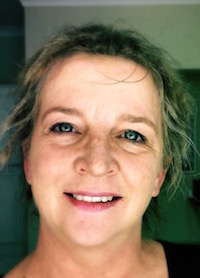 PrOOH has become a way to buy media across a broad range of digital inventory, says InTouch Media’s Margie Carr, and the trend will extend across other above-the-line media platforms. But, she adds, “I do believe that it will take some time for this to come to fruition, especially in the OOH landscape of Africa and South Africa.”

Carr says that despite the high cost of setting up DOOH structures, there are 193 digital roadside billboards in South Africa – making up 1.6% of all roadside advertising. Thirty media owners have at least one DOOH site, while six media suppliers lead the field, with firm digital development strategies in place.

“In South Africa, councils are clamping down on the use of animation in roadside DOOH, which can be problematic as content has to be customised for these sites, and cannot link through directly with the rest of the animated/video elements of an online campaign,” says Carr.

Donald Mokgale, general manager of Posterscope [recently appointed managing director of Carat], has nailed his colours to the mast, estimating that in less than three years, South Africa will be trading digital out of home inventory programmatically. 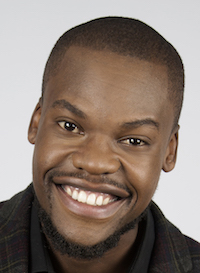 The rapid growth of DOOH in South Africa (and Africa) has laid fertile ground for prOOH, and has brought with it an increase in the number of unsold inventory, which could be sold programmatically. “The rise of OOH measurability is also in favour of prOOH, as it will create a single language as a measure of ROI, or at least, what you are getting for your investment as an advertiser,” he says.

Mokgale says what’s missing, though, is data that will allow the DOOH tech to know the consumer standing nearby or driving past – if only by user ID – and a software platform that can make sense of this process in real time, as well as generate a booking and serve the ad(s).

Ads2Trade is an automated, web-based, outdoor media aggregator and trading platform. Its CEO, Daniel Voros, told The Media magazine recently that the biggest challenge to the OOH industry was being able to provide meaningful analytics to advertisers in terms of frequency, reach and impact data of the collective inventory within an OOH campaign.

“Part of our approach in creating Ads2Trade was to build a platform that provides the tools to make these decisions. It shows Google traffic density, allows for points-of-interest proximity measurements, and gives traffic counts, street views and a great deal more. It’s a tool that enables a more informed, common sense approach to making sound advertising decisions,” he says. 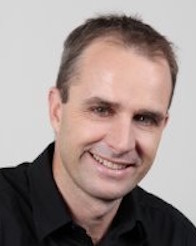 JCDecaux is one of the largest out of home companies in the world, and operates in South Africa and Africa. Chris Hitchings, director for marketing and sales in South Africa, offers a global perspective on the topic.

“JCDecaux is convinced that out of home can compete with digital advertising (mobile, search, display) by transforming its whole offering through optimised campaigns using data and technology,” he says. The company launched VIOOH (pronounced ‘view’) in June 2018. It is a global, independent automated planning and trading platform “designed to accelerate growth of out of home and connect the industry to the programmatic digital ecosystem”.

Hitchings says the system, owned 93.5% by JCDecaux and 6.5% by data specialist and modelling company, Veltys, is designed “to grow out of home advertising spend globally by offering an integrated platform to provide automation and offer programmatic trading for media sellers and buyers”.

VIOOH will be rolled out to many countries over the next few years, but Hitchings can’t say when it might make it to South Africa. What’s clear, though, is the country is nowhere near the top of the list.

The convergence of mobile and OOH

While programmatic out of home might be years away, Du Preez says there are numerous other exciting and technologically advanced methods of achieving efficacy within the out of home environment. “A key growth area in our market is geo-based marketing through the convergence of mobile and OOH,” he says. 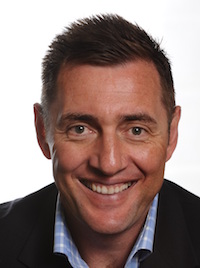 The use of location targeting in communication, fuelled by mobile, is driving new opportunities for advertisers within the OOH space, Du Preez reckons.

“South African mobile connections, in relation to the population, stand at 117%, and internet penetration at 52%, the majority of which is through mobile,” he says. “This is great news for out of home, as linking geo-location advertising with mobile can increase engagement by 17%, in addition to extending reach, and lowering overall CPT cost. This changes the role of OOH in the sales funnel from awareness and top of mind to bottom of the funnel activities, such as search and influencing purchase intent.”

Primedia Outdoor, says executive: sales and marketing, Peter Lindstrom, isn’t convinced programmatic is a realistic option in South Africa at present. He says while prOOH has had some success in bigger markets, South Africa is different and doesn’t have the same kind of potential.

As he points out, in a country like the United Kingdom, digital rollout is often about pedestrians and software that tracks and monitors their movements before serving relevant ads. In South Africa, roadsides are key in digital out of home. And by the time the driver has been tracked, the robot has changed, the car has moved on, and the opportunity to engage is lost.

That’s why Primedia Outdoor focuses on what they term ‘contextual advertising’.

“It works on triggers, which go off should a billboard camera pick up, for example, a car worth over R2 million, at a certain interchange where expensive cars would pass. Targeted advertising for high-end products would be shown and the client only charged for an ad that flighted,” he explains. “Or if a city were experiencing over 35 degree heat, ads for ice-creams would show, as would cabriolet cars. But come a thunderstorm, only cars with roofs would flight. Clients would be charged a premium for this kind of service, he says.

Du Preez points out that international research shows Near Field Communication (NFC) and other technologies are used to drive immediate call to action.

“Location marketing, coupled with mobile digital communication strategy is playing an increasingly vital role in the out-of-home space,” he says. “South Africa is not immune to this development and we will see immense growth in this area over the next couple of years.” 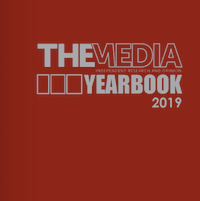 To read The Media Yearbook 2019, click on the image of the cover.