What WON’T happen in Cannes this week 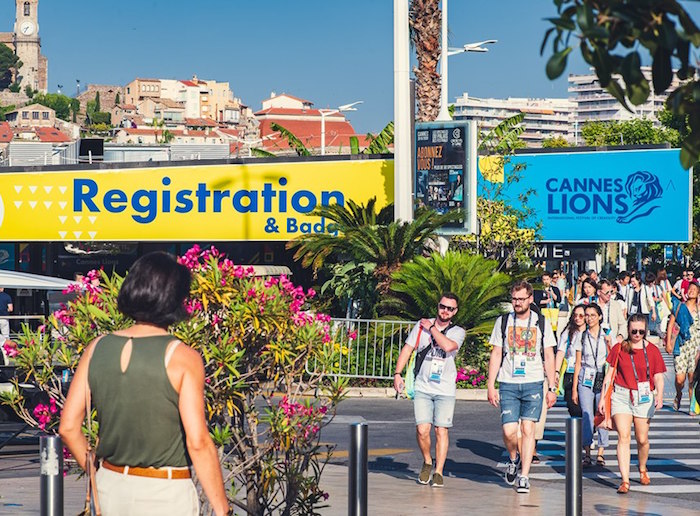 
[COMMENT] Cannes and its hotels, beaches, bars and yachts will be brimming with folks from the advertising and media industry this week, there to participate in the Cannes Lions International Festival of Creativity.
What will happen there? First, a lot of people will talk to a lot of people. It is one of the consummate networking events of the year.

Second, a lot of rosé will be consumed, poured from really, really big bottles with cool names like Double Magnum, Jeroboam and Methuselah. This adds a nice touch when you’re doing a lot of networking in the south of France.

With any luck, some of those conversations will result in getting business done. After all, those travel and entertainment expenses will need to be justified. To be clear, that’s not a bad thing. Lots of great things in our industry have sprung from the intense experience that is the Cannes Lions and its environs.

However, what won’t happen in Cannes is likely to be more important than what will.

Contrary to the session promo headlines, the industry is not likely to make any real progress in solving several really big, looming issues that could undermine so much of what we do.

For example: How do media, advertising and commerce transform to become truly consumer-centric? Most of our industry was built to serve channels, not consumers. Let’s spend more time trying to understand how real consumers think, live and breathe today. We spend way too much time worshiping at the temple of the mythical millennials or Gen Z-ers, who look great represented by cool stock photos and pithy quotes from focus groups, but spend far less than their parents.

I’m being a bit unfair for singling out the Lions event and its trappings here to make a point. But, that while our industry does an amazing job being collegial, celebratory and self-supporting, we don’t do a good job of being very self-aware. We don’t like conflict. We don’t like to say things that may make others in our business unhappy, even when those things need to be said.

And how can we help marketers grow? Too many of them have businesses that are flat or in decline.  Great advertising and media can almost certainly help them grow. Let’s do the hard work to make that happen. Let’s let the numbers, not our emotions or our dogma, drive our work here.

How are we going to eliminate the massive amount of fraud that pervades our digital business? We may disagree on the numbers, but there ‘s little question that many billions of dollars of advertising and media spend are being siphoned off in fraudulent impressions and transactions, particularly in some of the fast-emerging “buzzy” area like digital video, mobile video and “CTV.”  Let’s ask the hard questions and not be afraid to pursue the answers, no matter where that might lead.

And how do we regain trust on Main Street? Here, I’m not talking about the transparency issues in buying and selling media; that’s insider baseball. I’m referring to what’s happening in Washington, D.C. and in statehouses across America where concern is growing about alleged practices of the two largest sellers of advertising, which appear to  have run afoul of laws and consent agreements in areas like privacy, data protection and antitrust.

We shouldn’t see these actions as just ‘Beltway’ issues. If there’s one thing politicians are generally pretty good at, it’s knowing when to go after companies whose popularity with the public is on the wane. They are chasing Big Tech – and Big Ad Tech – because they know that it will curry favour with their voters. We have a trust issue on Main Street. The politicians know it. You should, too.

I’m being a bit unfair for singling out the Lions event and its trappings here to make a point. But, that while our industry does an amazing job being collegial, celebratory and self-supporting, we don’t do a good job of being very self-aware. We don’t like conflict. We don’t like to say things that may make others in our business unhappy, even when those things need to be said.

If you are going, I hope you enjoy Cannes and urge you not to let the rosé undermine your willingness to talk about the tough issues. We need to balance collegiality with challenge, even if it means a little conflict.