World of Media: Condé Nast targets consumer experiences, Sky to double down on original content, Who will pay for digital news? 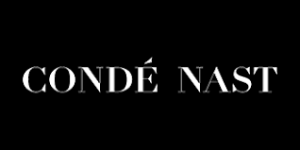 Print is no longer the primary focus for Conde Nast’s portfolio of magazine brands, as the publisher shifts its strategy towards building “an ecosystem of consumer experiences”, which combines global reach with local relevance.

WARC has a detailed breakdown of the new strategy, with insights from top executives at the publishing giant. You can find the full story, here. 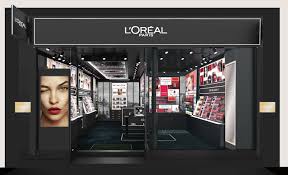 WPP’s Essence is the new media agency of choice for L’Oréal, and will manage media planning and buying across the UK and Ireland.

And in an interesting move, Prolific London has reported the pair are to launch a new venture called Beauty Tech Labs, “a dedicated client-agency team combining expertise from both companies with insights and knowledge from across WPP”.

“We are excited to help L’Oréal in the next phase of their transformation journey and share a deep-rooted belief in using technology to create better experiences for customers,” said Essence’s EMEA CEO, Tim Irwin. “We’re not only looking forward to building a new model for client-agency collaboration, but to setting new standards for what is possible in data analytics and media innovation.”

People unwilling to pay for news 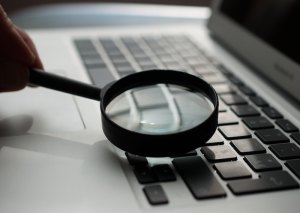 A new report from the Reuters Institute for the Study of Journalism, its annual Digital News Report, has highlighted the worrying fact that most people will not pay for online news and that there has been only a small increase in the proportion of people willing to do so in the last six years.

With digital publishers struggling to make significant revenue, mostly due to the Facebook, Google duopoly, paywalls have been explored as a new innovation that could aid them.

But if people are not willing to pay for online news, particularly since breaking news can be found on social media platforms like Facebook and Twitter, these publishers need to find other alternative methods.

To read the full article, published by Reuters, click here. 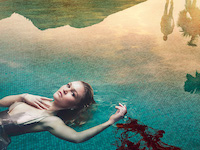 Sky is to double spending on original programming, reaching around one billion pounds by 2024, WARC reported.

“Sky’s increasing success with original productions, coupled with the ability to partner with NBC and Universal, puts Sky in a strong position to extend its leadership in this increasingly global, profitable, and strategically important area,” the company said in a statement.

Group chief executive Jeremy Darroch said this was a “transformational” development, and an indication of new owner Comcast’s belief in its ability to produce “the best original content in Europe”.

“Being part of Comcast enables us to increase our investment and to maximise the advantage and leverage of the Sky Group and our partners, NBCUniversal,” he said.

US cable giant Comcast bought it for £30 billion last year. Sky Studios, a new Europe-wide development and production unit, will spearhead the initiative.

Sky has seen success with Patrick Melrose, which won a best actor Bafta for Benedict Cumberbatch, as well as the series Riviera (pictured above).

The company said that Sky Studios will produce and develop original content across all genres, although it will concentrate on drama and comedy “with the emphasis firmly on quality”.

Global ad spend to slow, but digital will continue to thrive

And speaking of digital publishers and revenue generation, Group M’s latest global media forecast has predicted a slow in overall global ad spend for 2019, but notes that digital investment will remain buoyant – capturing 50% of budgets by 2020.

The Drum has more details, here.

Social media giant, Twitter announced this week that it has closed and removed 4 779 accounts it believes belong to or are associated with the government of Iran.

The company referred to “signals and behaviours” which drew suspicion about the accounts, leading to their removal.

For the full article, published by Sputnik News, click here.

New agency out of M&C Saatchi and the7Stars?

A story coming out of moreaboutadvertising.com reports that M&C Saatchi and media agency the7stars are launching a new agency M&C7.

This, the ad site reckons, is “to help clients align their media and creative thinking”.

“Creative agencies have been flirting with media recently, most notably The&Partnership’s fully-fledged m/SIX, which benefits from WPP’s GroupM negotiating clout. Mullen Lowe has a MediaHub operation and there are others,” it reported.

For more, read the story  here.

Coca-Cola South Pacific has retained IPG Mediabrands’ media agency UM after an agency review. Mumbrella Asia has reported that the account, estimated to be worth around $20 million, covers Coca-Cola’s operations across Australia, New Zealand and Oceania.

In a statement, a company spokesperson said: “Coca-Cola South Pacific did invite media agencies to participate in an agency review process and demonstrate how they could support the Cola-Cola business in Australia and in New Zealand. We wanted to ensure that Coca-Cola has the strongest possible media agencies in these markets, so we can continue to deliver fantastic campaigns from some of the world’s biggest brands like Coca-Cola, Fanta, Sprite and Powerade.”