Is your brilliant global idea just Greek to your audience? 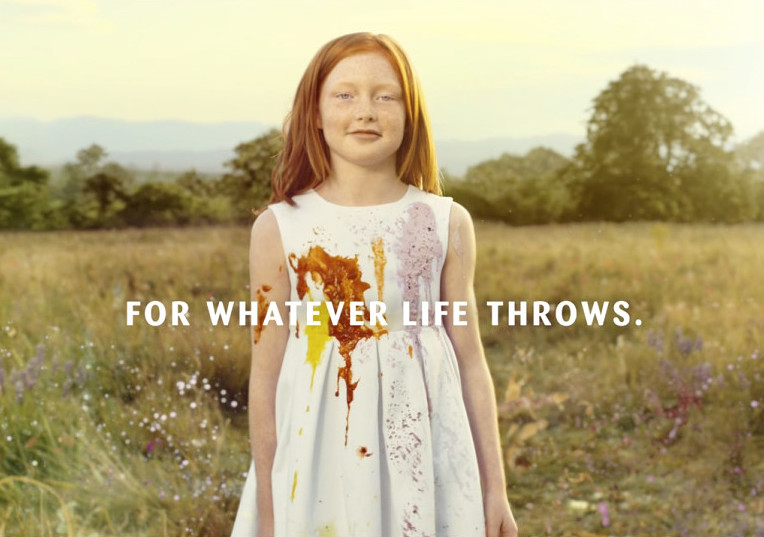 Photo: The 'Dirt is Good' campaign for a washing powder brand

Not very long ago, a piece of research emerged claiming the way parents were cosseting their children was actually harming them.

By keeping their precious little angels in pristine, freshly vacuumed rooms, away from the numerous germ-laden threats outside, not only were they depriving the children of some of the best fun they could ever have, but they were also depriving the children’s immune systems of a vital ingredient for its development: something to fight.

Without coming into contact with yuckiness, the immune system can’t build up antibodies to defend against its harmful effects. Plainly put, kids shouldn’t just be allowed to get dirty when they play, they need to get dirty for their healthy development.

The rest is the stuff of marketing legend.

‘Dirt is Good’ is one of the most inspired positionings in the history of advertising. And what made it all the more powerful was the fact that it was for a washing powder (Persil/Omo), at a time when most washing powders were obsessed with the banalities of white versus whiter.

Here was a universal insight: all kids needed to be exposed to dirt to grow healthily, and a washing powder able to remove any traces of that same dirt afterwards. The Americans would call it a home run. And it should have been. But it wasn’t. At least not at the beginning.

The ‘beginning’ was not that far back: the early 2000s, when the ever-increasing interconnectedness and interdependence of people around the world was awakening many brand owners to the prospect of global marketing. Indeed, it’s been such a relatively short time since our industry first embraced the concept of globalization that there is still little to no best practice set down as to how to approach the task.

Unilever developed two campaigns off the initial big idea with an ad for South Africa (and other developing regions) featuring a young boy scoring a goal and celebrating by diving through mud puddles and other dirt, obliterating the white kit he was wearing. He didn’t have a care in the world because his mum used Omo, so the dirt was of no consequence. Or shouldn’t have been.

However, for global brands to make a local connection is not always as simple as adding some shots using local talent or even an entire re-shoot of the concept in local setting.

The reason it’s important is because even a brilliant idea like Dirt is Good can stumble, as it reportedly did in South Africa initially. The problem was, it didn’t matter how good the washing powder was at getting dirt and stains out of clothes, those clothes cost a lot of money and mums from disadvantaged backgrounds just couldn’t buy into this idea of wilful negligence on the part of the child in the ad.

Unilever soon realised that no matter how universal an insight may appear to be, it will always be interpreted differently by people with different value systems. Values define culture and culture dictates how your brand is perceived.

Even in countries that may seem similar, there are subtle differences. So, while the choice for brands, as they travel across cultures, is between a standardised global approach or localisation (both of which have pros and cons), the key to global brand success lies in not just adapting talent and messaging, but adapting to the actual values and therefore culture of the region in which they market.

A standardised brand name, logo, packaging, etc. just aids recognition. Real success comes when brands become immersed in every aspect of a culture and use their outsider’s perspective to raise and solve local cultural problems. This doesn’t mean abandoning the brand’s DNA, in fact, it’s vital that it’s preserved. But you can still adapt to local culture while doing so. McDonald’s is brilliant at this with its local menu items. But it’s still the same McDonald’s they have in the US, UK, and Japan.

So the big lesson for those in their London, New York and LA offices plotting global domination with a single ad: have a chat to your people on the ground in your markets around the world. They might, just might, have that little bit of insight that catapults your idea from being Greek, to being gold.

This post was first published in the 2019 BrandZ Top 30 Most Valuable South African Brands report.