Marketers should look for opportunities beyond television and pure-play digital 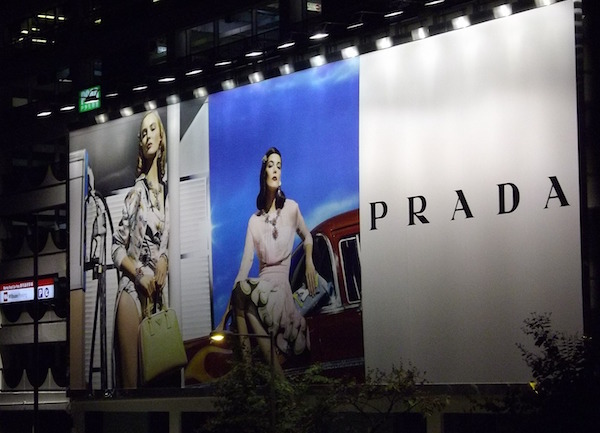 Photo: Outdoor advertising is growing faster than the rest of the industry, aside from pure-play digital media. What is behind this trend?

Beyond TV and digital – which combine to account for approximately 80% of all global advertising – other media face a general problem of simple math: An advertising economy growing at low- to mid-single digits, with digital growing at least twice that rate, does not leave much opportunity.

However, other media – which include outdoor, radio and print – may offer real benefits and maintain the potential for faster growth in the future than in the recent past, especially as they develop their own directly related digital assets.

Outdoor advertising is growing faster than the rest of the industry, aside from pure-play digital media. What is behind this trend?

First, out-of-home (OOH) advertising’s effectiveness is relatively undiminished by fragmentation or ad avoidance. Second, owners of outdoor-related ad inventory have invested in digital infrastructure. There is also widening availability of digital OOH inventory from niche providers. This encourages a wider range of advertisers to use the medium and provides some confidence in the long-term opportunities.

Outdoor is also benefiting because there are many fast-growing marketers who believe the medium is a superior alternative to television when goals are focused around brand building and target audiences are in geographically narrow areas.

Radio maintains wide reach and real impact, but growth is more modest and the industry is essentially stable and should grow by 0 – 1% each year into the future, according to GroupM’s worldwide media forecasts report “This Year, Next Year”.

Despite those tepid growth rates, innovation in radio, or “audio”, has recently achieved more meaningful scale. The medium has the potential to benefit from advertisers looking to stray from pure-play digital and television-based advertising.

Traditional radio has arguably always been very effective, so long as an advertiser is willing to invest in appropriate creative content and manage what can be, in some countries, a relatively fragmented medium.

Podcasting – while modest in size – has seemingly captured the attention of marketers in a meaningful way as well, and programmatic buying of radio is helping overcome some executional issues in some countries.

Now we are at a place where audio can be judged on its own merits, which remain relatively healthy given the medium’s wide reach and high levels of consumption.

Print still struggling but opportunities are there

Print still struggles, but there are niches with opportunities for long-term growth.

While once dominant in almost every country, print’s struggles selling advertising have been pronounced and trends look no more positive into the future, with declines approaching 10% every year going forward.

Print has generally suffered because the goals it tried to help large brands meet – consumer engagement, for example – were provided more efficiently by digital media.

By now, what is left of print as a medium can still be very effective for marketers, but the scale is so different that it is best viewed as a niche platform.

Despite these generally unfavourable growth trends, all marketers should regularly assess opportunities to use media beyond television and pure-play digital in their campaigns. Just because a medium is growing slowly or declining does not mean it cannot be impactful for a marketer now or in the future.

What matters is whether or not the media owner is investing in opportunities to connect with audiences. Marketers also need resources to capitalize on opportunities involving media that are incremental to existing plans. Doing so likely helps to improve the overall impact of their efforts.

Moreover, ongoing investments into alternative sources of media inventory – and finding best practices that exist within them – may help improve the use of traditional TV and digital media, both of which are likely to persist as the dominant forms of media into the future.