LATEST NEWS
Home Press Independent journalism is a public good. We must work together to protect it

Independent journalism is a public good. We must work together to protect it

Posted By: Antonio Zappullaon: May 13, 2021In: Press
Print Email 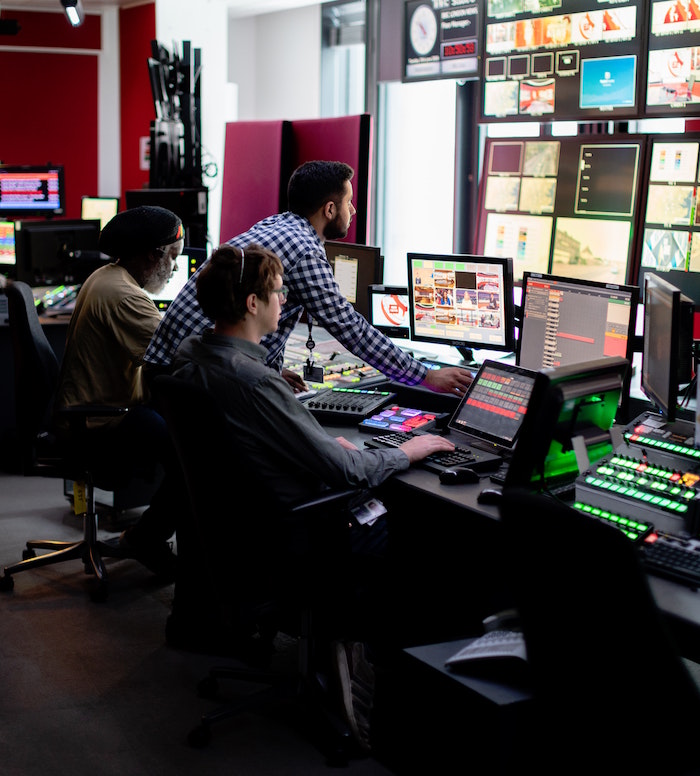 There’s no doubt the pandemic has driven a surge in demand for trusted, high-quality and original journalism.

It’s one full year since the Covid-19 pandemic broke out, which has since claimed millions of victims and changed the way in which we live our lives forever. And while some of the immediate consequences of the pandemic have been starkly evident, others have remained less apparent – despite the severity of their consequences. The erosion of media freedom and the decline of independent journalism around the world are among them.

In a defining paradox of our time, Covid-19 has simultaneously driven an acute need for accurate information and a thirst for trusted news while dismantling the very ecosystem that supplies it.

This year’s World Press Freedom Index compiled by Reporters Without Borders demonstrates that efforts to control the narrative around the pandemic has led to journalism being blocked in 73% of the 180 countries evaluated – with journalists’ safety threatened and their reporting censored.

This grave deterioration in press freedom is set against the death knell for traditional media business models. The pandemic has forced news organisations to adapt to additional changes to news consumption, whilst facing the dire economic repercussions created by a drop in revenues. Recent estimates suggest newspapers alone will shed $30bn this year whilst an estimated $63.4bn was wiped off advertising revenues globally in 2020, threatening the long-term financial sustainability of many news outlets.

This has put news media outlets’ economic sustainability in jeopardy, and their editorial independence at risk. Independent news outlets are vulnerable not only to state control by autocratic regimes, but also at the mercy of advertisers or individuals interested in controlling their output.

Meanwhile, news consumers continue to move online. Social media platforms are used on average by 31% of news consumers around the world, with 72% of those surveyed for the Reuters Institute for the Study of Journalism’s Digital News Report consuming news via means other than a specific news website or app. But the proliferation of digital platforms has also super-charged the spread of mis- and disinformation, from rumour and conspiracy theories about the vaccine rollout, to misinformation for political gain. As a result, readers’ trust in news is now at an historic low. According to the 2021 Edelman Trust Barometer, 59% of consumers in 28 countries believe journalists are deliberately misleading them.

Free and independent media are fighting the battle of their lives, but for some, their defences are weak. So, how can we all play our part, and prevent what Philanthropic organisation Luminate has bleakly defined a media ‘extinction event’?

Our roadmap to recovery should be co-ordinated. It should take learnings from those leading the way in efforts to strengthen the economic sustainability of the media ecosystem post-Covid, while seizing opportunities created by emerging trends.

There’s no doubt the crisis has driven a surge in demand for trusted, high-quality and original journalism. By September last year, The New York Times had reported a 45.9% increase in digital news subscribers. This is the first time that its online subscriptions have generated more revenue than print sales. La Nacion in Argentina is another example of such success. The paper has seen a 35% increase in digital news subscriptions this past year. Country-wide, there have been significant increases in payment for online news in both the US and Norway, with smaller rises elsewhere, including the UK. The proportion of those who say they would be willing to pay for quality journalism in the future is also increasing, although currently only 16% do.

Globally, quality journalism is increasingly seen as something worth paying for, albeit firmly confined to certain countries, certain demographics and certain media.

Then there has been an encouraging new wave of government support for journalism during this crisis, from Canada’s emergency financial relief for publications to Singapore’s new fund for the media sector. Norway too introduced an aid package for media to help recoup some of the losses incurred by Covid. Increased scrutiny on an ailing industry is fuelling a greater appetite for public policy solutions and government intervention without state control.

Changing the dynamic with Big Tech

Elsewhere, efforts are being stepped up to defend public service media. The newly established International Fund for Public Interest Media is an ambitious project that aims to bolster financial support for media in low and middle-income countries through an independent, multilateral body. Decisions on which media outlets secure funding will be made at a regional level. The fund aims to secure $100 million by 2022. Closer to home, the UK government’s decision not to move ahead with its plans to decriminalise non-payment of the BBC’s licence fee has saved the public service broadcaster an estimated $1billion over five years.

Philanthropic support for journalism has also increased, with emergency funds and grants established during the Covid crisis. In the midst of the pandemic last year, intervention by a consortium of philanthropists and impact investors saved Australia’s AAP newswire from closing, and the Guardian – here in the UK – raised $9 million through readers’ donations. Philanthropists such as Pierre Omidyar, Craig Newman and George Soros are some of the leading names who have continued to channel vital support to independent journalism. This trend is also growing with benefactors increasingly seeing the need to protect unbiased, high-quality journalism for the benefit of civil society.

Perhaps, though, the most effective methods of securing the future of independent journalism might come from the transformation of news outlets themselves and their relationship with Big Tech.

Changing the dynamic with Big Tech is no easy feat, but Australia’s new legislation is paving the way for somewhat redressing the imbalance between powerful platforms and public interest news organisations. The News Media Bargaining Code will see tech giants paying Australian media companies an estimated $600 million a year for the content they generate, with an independent arbiter stepping in if they cannot agree on payment amongst themselves. This follows the launch of the Facebook News service in the UK earlier this year, and US last year. The service is set to scale to Germany, France, India, and Brazil.

Meanwhile, Google has promised $1 billion in licensing fees to its partner news publishers around the world as part of its Google News Showcase initiative. Staving off regulation might well be a motivating factor here, but if successful and scaled to include smaller news outlets as well as the leading ones – whilst also driving traffic to publishers’ news sites and apps – this could be transformative for the industry.

Finally, the Covid crisis has accelerated innovation in the drive to transform business models, from more publishers charging for content through donations, memberships, paywalls or subscriptions, to diversifying revenue streams through – for example – online events. These investments are costly, but outlets relying on hybrid business models – such as Rappler in the Philippines – appear to be in a stronger position.

Meanwhile, in countries where independent journalism is most under threat, support from organisations committed to preserving and protecting media freedom is critical. Here at the Thomson Reuters Foundation, strengthening local and national journalism is key to our work in building free, fair and informed societies. Our vital support to independent media outlets to enhance their distribution and their financial models, whilst improving the quality of their journalism and their understanding of their audience, has never been more needed.

Independent journalism is a public good and protecting its future should be a shared goal. This past year has taught us that we can only succeed in defending it through a coherent and co-ordinated combination of responses. The time to act is now, because when the future of independent, pluralistic and accessible journalism is threatened, democracy itself is at stake.

This story was first published by the World Economic Forum and is republished via Creative Commons Attribution-NonCommercial-NoDerivatives 4.0 International Public License

Antonio Zappulla is the CEO Designate of the Thomson Reuters Foundation, the philanthropic arm of the world’s leading news and information provider. He joined the Thomson Reuters Foundation as director of communications in 2013. In 2014, he was promoted to director of strategy and communications, and appointed COO in 2016. Prior to his present role, Zappulla was executive producer at Bloomberg Television in charge of news, factual programming and documentaries for Europe, Middle East and Africa.