LATEST NEWS
Home Broadcasting There’s a war going on for your ears | Do you even care?

There’s a war going on for your ears | Do you even care? 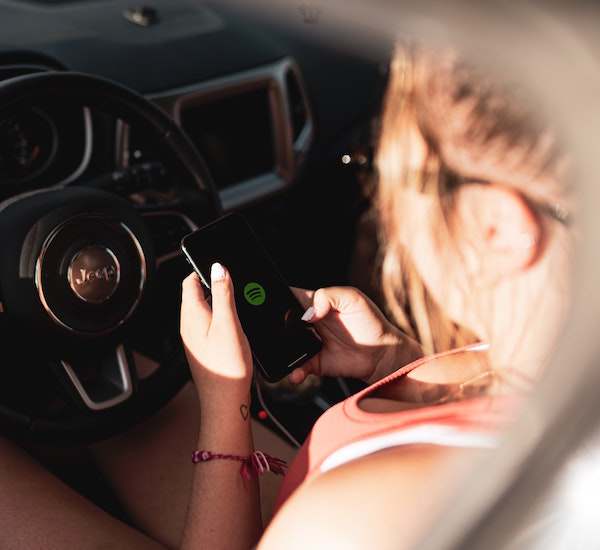 A new battlefield is being prepared in South African marketing; one that looks nothing like you’ve ever seen before, because it doesn’t look like anything.

Audio is the new, well audio, and it’s as serious and disruptive an advertising tool as social media was a decade ago.

All the big players are at it. Spotify has nine million South Africans on the platform – the majority on the ad-supported version. Deezer has plans to expand and combine its advertising offering with traditional radio inventory. Twitter Spaces is growing every day in this country. Just this weekend I watched a Space started on a Sunday afternoon grow to over 4 000 participants in an hour. I can name quite a few radio stations who would fall over themselves to secure those numbers on a Sunday.

Apple is offering lossless and spatial audio on Apple Music to improve the listener experience. Netflix have appointed a head of podcasting and are experimenting with audio-friendly versions of their top shows – while also turning popular podcasts into shows and vice versa.

Facebook, who admittedly are yet to fully and logically roll out their audio offerings, have skin in the game and that’s before we even get to what the traditional audio behemoths at the radio stations are up to with their digital offerings.

And what about podcasts? Just admit that you’ve thought about starting one so we can move on; this is a safe space.

South Africans are going nuts for podcasts. Spotify says that 43% of us have listened to a podcast in the past month – way above the worldwide average of 36%.

CliffCentral and Podcast & Chill with MacG podcasts – who I doubt share much cross-over audience – have told me that their audience numbers are improving month on month. Oddly enough, growing substantially since they both improved their video presence.

Which proves the James Cridland’s adage – when asked ‘what is a podcast?’ He said, “Anything you want it to be.”

So, why are most advertisers still hesitant to advertise on these new audio platforms?

WARC, the global authority on marketing intelligence, in collaboration with iHeartMedia – the biggest owner of audio properties in the US – have recently discovered that while 31% of the average consumer’s media consumption is now audio, only 8.8% of the average media budget is allocated to audio, and 25% of advertisers do not invest in audio at all.

And those numbers are greater in South Africa, even when you throw traditional radio into the mix.

When the advertisers I work with convert to new audio and a broader audio strategy, they find a lack of clutter. They find listeners who have made a decision to listen. They find the ability to add instant call to action and visual to audio.

They like that using the likes of Spotify, Wondery or producing their own podcasts gives them a level of creativity, brand voice and bragging rights that the traditional mediums are not always able to.

Audio advertising should not be complicated

I have encountered many people in the new audio space who I think tell the wrong story. They tell the story of CPMs and algorithms and attribution.

Have you ever fallen in love with attribution playing in the background?

That’s not why we interact with music or the human voice. Why did you first fall in love with radio? Or music?

Because it was intimate. It felt like you and the DJ. It took you away. To your first kiss, or first crush. To an unforgettable vacation. It painted a picture in your mind, that only existed in your mind.

It was a comfort, and it was honest.

All the innovations and technologies I’ve spoken about have those elements at its core, forget the algorithms – all they’ll do is take you to something you want to hear.

Why would you not want to connect with people along the way?

Paulo Dias is a radio content and convergence specialist at Ultimate Media. He believes radio is no longer the sole custodian of audio marketing, so it is important to take a holistic approach to an audio strategy. Radio paired with podcasts, music streaming and even streaming of radio through apps and websites gives brands an opportunity to surround a listener regardless of platform.