Getting closer to consumer minds in more ways than one

Posted By: Michael Bratton: May 09, 2016In: Research
Print Email 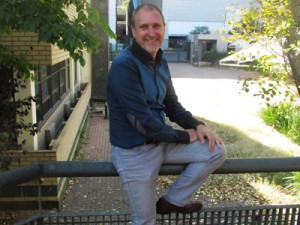 Brand intelligence research firm, the Ornico Group, has continued to diversify its business, entering into a new joint venture. Michael Bratt sat down with company founder and CEO, Oresti Patricios to chat about a range of topics.

For those who don’t know, Ornico monitors the media, including every instance where the consumer touches it. The company also researches competitor brand activity, reputational analysis, social media, and makes recommendations to companies on how they can boost their brands.

Now the business has added another element to its arsenal, entering into a joint venture (JV) with Columinate at the end of last year. The JV created AD360, comprising Ornico’s measurement of the media and Columinate’s research into consumer behaviour and thinking.

“We can tell Columinate about a new ad and they can go out to the consumer and research how it was received in a matter of days, giving the media better insights. It’s called AD360 because it gives a 360 degree view of what is happening in the media and what is happening with consumers,” Patricios elaborated.

Best ever month of business

The strategies Ornico is utilising are clearly paying off, as the company recorded its best month ever of business last month. Speaking on what the group is doing right Patricios says, “We’re completely independent. We never hold people to any contracts if they don’t want to, which is very unusual in business today, but it has built a higher level of trust with our clients, which is lacking in other businesses. Also being customer-centric is absolutely critical.”

He said the business is value-driven, citing the example that Ornico has not paid a single bribe in the African markets in which it operates.

About 10 years ago, Ornico expanded its reach into the rest of the continent, offering the same services it did in the South African market. But it soon emerged that there was a problem.

“We were using international tools to monitor social media in an African context. But in Africa these tools were not timeous; they weren’t monitoring the right things, so it was important for us to buy a system and company that could produce the right data for Africa,” Patricios explains.

This led to Ornico acquiring Fuseware in May of last year, which allowed Ornico to “have access to all the data that we wanted”. Patricios adds, “In the world that we are in today, everyone has data. It’s about how do we personalise that data that becomes absolutely critical.” Ornico 100% owns businesses in Kenya, Nigeria and Botswana and has associations in another 11 countries.

Programmatic buying vs the human element

Patricios had a strong message for media agencies and media owners in terms of measurement and brand presence. He says, “The way things are measured is evolving. And I don’t believe we should leave it all to programmatic buying. I believe machines are important, but you still need the human element to make informed human decisions … Human beings are just important to take decision making to another level.”

Moving to the heart of Joburg

An exciting development for the company is that it will be moving offices from Sandton to Johannesburg city centre. The new building, which was constructed in 1903 and is thus a heritage building, has already been bought by Ornico. “We want to keep all the original feature and heritage elements of it so it’s difficult to predict a timeframe for moving in,” Patricios said.

Explaining why Ornico is moving offices Patricios said, “As a company you need to move and evolve with the time… we need to be at the cutting edge of trends… and I believe the shift to town will happen and we will be at the cutting edge and time of the exodus from Sandton… In town you can really understand what is happening in South Africa and are also closer to where the consumer minds are”.

He also sang the praises of Joburg city centre, touting it as the place where youth innovate and exciting new developments are taking place. This ties in with the company’s idea to dedicate a space in the new building to digital agencies and young start-ups and entrepreneurs. February 2017 was put forward as a tentative date for the move.

A big deal for Ornico

A major achievement that Ornico can tout is that it is the only South African company that is a member of the International Association for Measurement and Evaluation of Communication (AMEC). Patricios explained that this came about after the company presented different measurement methodologies it uses to the global organisation. These were benchmarked against best global measurement practices and AMEC was impressed with the robustness of them as well as how thorough the methods are. After four Skype calls Ornico was accepted into AMEC.

Ornico has come a long way from its humble beginnings. It started out as a video production operation, when Patricios was still studying at university. It then evolved into a company that did brand reviews on television only. As such, the group can proudly say that it is the only entity to have in its archives every advert that ever flighted on South African television.

Ornico also has every advert that flighted on South African radio, dating back to 1994 and every print advert since 2002. But Patricios says that these archives no longer form a significant part of the business. “The reality is that when you are looking at history, history becomes null and void in today’s time … when trying to understand the landscape and the trends now, it’s not necessary to go back.”