The anatomy of a successful advertising campaign 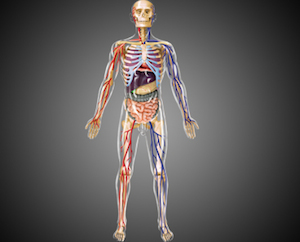 The components that make up an advertising campaign can be compared to different body parts. And just like body parts, each component has a vital role to play. That’s the view of Ben Wagner, chief marketing warrior at NATIVE VML. Michael Bratt attended a presentation by Wagner to find out more.

The heart of any campaign, according to Wagner, is the client/agency relationship. This has to be a true, healthy partnership otherwise a campaign will never succeed. The development of this relationship relies on several qualities including a commitment to each other, a mutual obsession for great work, individual complexities not eroding great work, and knowing when to get out of the way. The last point goes for both the client and agency.

The next body part of a campaign is the brain, which drives the campaign’s strategy. Wagner stresses that “campaigns must be governed by creativity and strong intent, purpose driven work that lives in people’s lives… campaigns must also not only offer value, but shared value”.

The spine was the next stop for Wagner on his tour of the campaign body. This is the strategic framework, which consists of the business strategy, brand strategy and communications strategy. Wagner says all of these need to be aligned to work together seamlessly.

The eyes are the next body part of a campaign. This relates to the interpretation of data, using the valuable bits of it to shape the direction of a campaign. “As marketers we need to sift through large amounts of complicated data to find smart data,” Wagner explains.

The next body part seems to contradict the eyes, but Wagner believes that sometimes it needs to be used rather than the eyes. This is the nose, which refers to intuition.

“We abandon all knowledge, data and information with intuition, and sometimes it works,” Wagner elaborates. He used the example of Taco Bell, which deleted all of its social media accounts when it launched its new app. By doing this Taco Bell indicated that the future of contacting the brand is through one platform, and during that period when Taco Bell went ‘dark’ on social media, it created more noise than it ever had before. This was a bold move but paid off thanks to intuition.

The arms of a campaign are the tools used for the campaign. “Choose the correct tools for the campaign and focus on the craft, as it makes content stand out,” says Wagner. He adds that too many campaigns get bogged down with using too much or overly complicated technology. A video was played showing a parody of a creative team overcomplicating their campaign with unnecessary technology, which at the end of the day failed as they did not keep it simple. The message is clear, while technology may seem like the big thing at the moment, sometimes it is better to just keep it simple.

Another campaign focus should be on moving an idea, how to get it into the right spaces and places so that it can be most effective. This is the legs of the campaign. Wagner reassured everyone that, “sometimes despite the best laid plans, things don’t go according to plan. Thus a strong, close client agency partnership is vital.”

All these body parts are vital for a campaign to succeed. But the most important element, just like the human body, is that they work together, rather than siloed. A dependable client agency partnership will ensure this happens, and will lead to future advertising campaigns having more of an impact.