The TV waiting game – is it necessary? 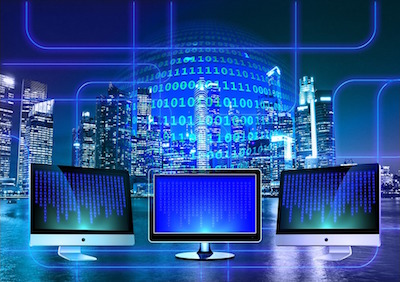 The Broadcast Research Council of South Africa (BRC) recently presented the latest BRC TAMS panel universe update. Since the BRC took over the task of restoring the panel to good health, there have been regular universe updates, but this was different. It was the big update, aligning the TAMS panel to the new Establishment Survey (ES).

Funded by the BRC (68%) and the PRC (32%) (Publishers Research Council), the ES provides the media industry with a new and more representative view of the South African population and its size. It also gives a view of the composition of the population and cross platform broad media consumption habits.

There was palpable tension amongst the agency planners and buyers with whom I talked before the presentation began. This was, perhaps, understandable. These were the people, who have to deliver on their TV audience projections on an ongoing basis. Many are accountable to media auditors, and their performance can determine their remuneration.

Clare O’Neil, CEO of the BRC, had lined up an impressive team of co-presenters: Her research director, Setshwano Setshogo, Robert Ruud, the international auditor from 3m3a and Terry Murphy from Nielsen. In addition, Jennifer Daniel of Telmar also joined the presenting team for a post presentation panel discussion.

The presentation began with a useful reminder that this panel, like any other, is an ongoing and evolving thing, requiring constant attendance and oversight in order to deliver stable and usable data. Panel churn, changing DStv subscriber numbers, household tenure, panel expansion and LSM movement are constant challenges that must be handled.

A quick overview of the panel’s vital signs proved that the panel was indeed, in good health. The panel size has been increased to 2905 household (up 9% from 2014). Polling rates are almost 95%, reporting is running at almost 92% the panel offers 91% coverage of South African TV sets. The weighting efficiencies were running at 74% for individuals and 66% for households.

With the ES having been released the previous week, it was an opportune time for the BRC to share some information on the state of TV viewership in South Africa. For the future facing and tech obsessed media agency personnel, it is always a salutatory reminder that their habits are not those of the average South African TV viewer. More than nine out of 10 adults tune into the medium on a daily basis; 97% of viewers still watch on a TV set; only 10% watch on their mobile phones. 97% still watch TV in their homes.

As Ruud succinctly pointed out, the local TV scene is running about 10 years behind Europe. Usage of video on demand (VOD) services, such as Netflix and ShowMax, are the indulgence of less than 1% of the population. This means, that certainly for the moment, the current panel can be relied upon to produce usable TV ratings. The ES is the mechanism by which, the evolution of TV viewing will be monitored, and will signal when it will be necessary to move beyond the current panel to cover multi-screen viewing.

Ruud explained that in an ideal theoretical world with a perfectly representative panel, every respondent would have the same weight. Unfortunately, live panels are constantly churning, changing and evolving, and polling on any given day will not collect data from every single household. For the correct picture to be projected, the panel requires daily adjustments by weighting to ensure that data correctly reflects the universe defined by the ES.

Ruud explained that there are three types of factors that shape a weighting model. Statistical factors show clear correlations with the households’ viewing time e.g. household size and access to channels. Usability factors ensure that the data is relevant for its end users e.g. target market sizes must be stable in order for CPPs to be predictable. Legitimacy factors centre on good representation of the country’s population: the TAMs panel’s sample composition is an example of this.

He then explained the new weighting model designed to align the TAMS panel to the ES. The new model represents a simplification and reduction of the weighting categories, centering on those factors which most influence viewership. Primary targets are age and gender. Language has historically been used as a politically correct but inexact proxy for race. The panel controls based on province, the new ES areas, Pay TV and non-Pay, race and household size.

Ruud clearly demonstrated the benefits of the new weighting system: household weighting efficiency increases from 64.56% to 74.14%, and individual weighting efficiency soars from 73.36% to 93.28%. The maximum individual weighting has been reduced from 40 860 in August 2014 to 13 497! This places the panel amongst the best in the world. From the statistician’s point of view, it was clear that we have a truly for for purpose panel.

Since the beginning of his involvement with with the TAMs panel, Ruud has pointed out the dangers presented by the volatile LSMs, and has strongly advocated that planners should not use them in planning as it is very hard to deliver when projections are made on inherently unstable data. LSMs no longer bear RIM weighting, but they remain available on the panel in deference to the fact that they have long been used for trading. In the panel discussion, Ruud indicated that this would make them no more unstable than they already are.

It fell to Murphy to present the impact of the new RIM weighting structure on the data. Inevitably this task involved taking the audience through a large number of line and bar charts, comparing the previous data with the new test data by station and basic demographic grouping. Personally, I found it particularly confidence inspiring, that this duty should fall to someone who has not only had years of experience on the side of the TV broadcasters, but has been at the hard edge of P&G TV planning and buying. P&G is notorious in its demands, so Murphy absolutely understands what potential data variation means for agency planners and buyers. The pictures of overall and station viewership looked most reassuring. There are some variations as could be expected, but these were not large, and there are no shocking surprises.

The surprise was that although the data was ready for release, the Advertising Media Forum (AMF) had requested that the data release be delayed until 5 June. While caution can be commendable, the problem is that it is not possible to run two (with old and new weightings) panels simultaneously, so there is no way to experiment planning with both sets of data. (This is unlike the situation with the RAM data, where the surveys are discrete and published, and it is really a matter of when the buyers and sellers of radio airtime, choose to make the transition.)

Given that Nielsen believed the data was ready for release and that assessment had been sanctioned by the international auditor, the AMF was possibly erring on the side of super caution. Curiously there seemed to be something of a divide amongst agency personnel with the planners seeming to be keen to tackle the new data, and management being less keen.

I tend to side with the planners on this issue. It is surely better to start working with the data, sooner rather than later. Obviously, the TV broadcasters will also be working with the new data for the first time.

While the broadcasters clearly have to be cautious not to act in a collusive way when dealing with their buyers, I can not believe that they will not take a supportive stance and be open to assisting the planners to make the transition smoothly. Similarly, I cannot believe that the media auditors, who also subscribe to the BRC data, will not take a balanced view of performance over the initial transition period. Engagement over the transition period with broadcasters and auditors is surely the solution?