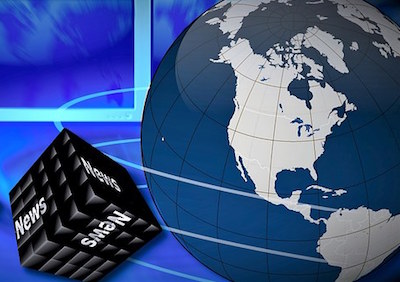 I recently wrote about the Broadcast Research Council of South Africa (BRC) TAMS panel universe update presentation (April 2017). To briefly recap, this update is particularly significant, because it aligns the TAMS panel with the new Establishment Survey (ES) for the first time, and sees the introduction of a new and improved weighting model.

Of course, preparatory work for the realignment has been underway for some time, particularly in terms of collecting and coding the new area definition data. The presentation provided the now customary assurance that the panel was in good health, before explaining the thinking behind the new RIM (Random Iterative Method) weighting model. The new model, developed by Robert Ruud, the international media auditor from 3m3a, represents a simplification of the weighting categories. By focusing on those demographic categories that have the most impact on viewership, and by eschewing LSMs as a weighting variable, the household and individual weighting efficiencies of the panel are greatly improved.

Nielsen’s Terry Murphy had the task of demonstrating the impact of the new RIM weighting structure on the data. Her pack of bar and line graphs compared the previous data with the new test data. She looked at broad demographic group viewership patterns across overall TV and specific individual stations, by both the full broadcast day, as well as more specifically focusing on prime time. This initial test data was based on a two-week period. While there was some variation in the two data sets, the overall patterns were acceptably similar. The BRC was ready to release the data immediately, with the full endorsement of Nielsen and Ruud.

The Advertising Media Forum (AMF), however, had requested that the data release be delayed until 5 June. This cautious stance was clearly motivated by their awareness of their responsibility to deliver on their TV buying predictions to both their clients and auditors. After the presentation, the BRC provided a written report, based on the initial test data, detailing the population changes and ratings comparisons to the AMF and interested parties. Subsequently, it has released a second report, based on six weeks of data.

Having had the opportunity to examine both reports, I cannot find anything that is unduly alarming. It is true that there are some variations. Many of the greater differences occur where the TVRs are low in the first place: there is a 63% variance in Indian TVRs in prime time on SABC1. But there is no need for panic. It is unlikely that anyone is buying into Uzalo or Khumbul’ekhaya tonight in order to reach the Indian viewer.

The reported six-week rating in prime time for this demographic is 3.49. Overall, white ratings appear to be significantly up – the six weeks data suggests 27% in prime time. A possible explanation for this is that the white ES population profile is older than we were accustomed to seeing. Again before panicking, remember that this population group represents 8.8% of the ES TV universe (people over four-years-old, residing in private households that have at least one functioning TV set, and mains electricity.)

In my last column, I indicated that most media planners, as opposed to their bosses, seemed keen to tackle the data. I said I concurred with them and, having seen the six weeks report, I still do. I would recommend to my agency colleagues that if you do not have the report, ask the BRC for it. Because the data is across basic demographic groups, discuss using a basic buying target market as a base transitional measure, with your clients and auditors. Use your historic investment allocations by station to weight the likely demographic AR variations, based on the basic available data.

Apply to your existing projections. Once the new data is live, you will be able to run analyses against more detailed target markets. Learn from that, but try to use a broad base as the core target for delivery. While you are finding your way around the new data, run weekly post campaigns to compare against your previous expectations. Start dialogues with the broadcasters, the data will be equally new to them, and they will be keen to share their learnings and to ensure reasonably adjusted objectives are met.

The BRC remains keen to release the data as soon as possible, and has suggested 2 May rather than 5 June. There has to be an adjustment period; the new data will deliver different results, but the test data demonstrates that they will not be huge, and provides guidelines for adjustment. There will be the need to invest more time in monitoring and analysing one’s buying initially, but that will be the case whether the data is released in May or June. Some pain is unavoidable, but it will pass. There is still time, albeit limited, for the AMF to reconsider and agree to a May release.