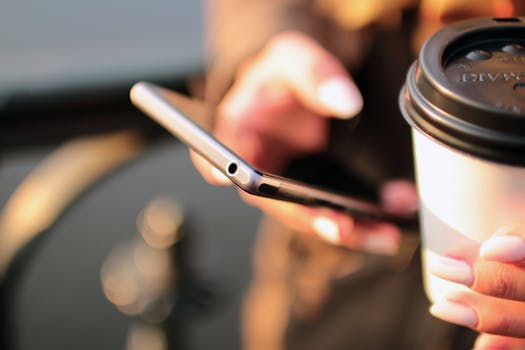 I have never been an enthusiastic recipient of mobile advertising. I secretly suspected that my dislike was the result of having to focus, through my glasses on a small screen, where pesky little banners, which were difficult to close, intruded on my reading experience.

In other words, it could, arguably, be attributed to ageing eyesight. So I was mightily reassured last year when I came across a slide showing results from Kantar Millward Brown’s 2016 AdReaction study, which indicated that consumers, younger and with sharper vision than I have, were not too keen on mobile ads either. The slide showed that respondents were four times more receptive to advertising on TV than they were to such communication on their mobile screens, although display was a bit more acceptable than video. This unfavourable attitude to ads ran across Generation X (35-49 years), Generation Y (20-34), and even Generation Z (16-19) years!

Of course, advertising is a vital source of funding and support to many media, so it is curious that they should sanction irritating and alienating advertising executions. It is also curious that media specialists should advocate their usage, and that their clients should approve them. It is no wonder that ad-blocking is a significant global issue. (Interestingly, if memory serves me correctly South Africans lag behind their US counterparts in terms of ad-blocking; I am not sure whether it is because we are tolerant or uneducated in this area.)

So, it was with some delight that I discovered the existence of the Coalition for Better Ads. This was formed by international trade associations and companies involved in online media, with the intention of reducing consumer irritation and frustration in the online sphere. Members include Procter & Gamble and Unilever, Interactive Advertising Bureaux in various countries, Facebook, Google, media and advertising groups and associations. (Our continent is represented by The Marketing Association of South Africa and The Marketing Society of Kenya, which are affiliates.)

The first step the Coalition took was to research more than 25 000 internet users in North America and Europe to determine their preferences for different types of online ads. This covered both desktop and mobile web-ad experiences and set out to replicate users’ ‘real-world’ experiences of various advertising formats.

Respondents were asked to read articles on simulated content pages, three of which delivered different ad experiences, and one was ad free. They were then required to rate the ad experiences on numerous factors. Ultimately this was translated into overall rankings to show the least and most preferred ad types, with annoyance and distraction being the factors that most determined whether an ad experience fell beneath the Better Ads Standard.

Not surprisingly, the least preferred ad experiences were similar across North America and Europe.

In terms of mobile, the least preferred ad experiences were, in order: pop-up ads, prestitial ads (those that display on the full screen before a visitor views a content page), mobile pages with more than 30% ad density, flashing animations, poststitial ads that require a countdown to dismiss them, full-screen scroll-over ads, large sticky ads and auto-playing videos with sound. Respondents also particularly disliked pop-up ads, auto-playing videos with sound, prestitial ads with a countdown and large sticky ads when they encountered them in the desktop environment.

Clearly, all these executions are disruptive and annoying, and some like auto-playing video with sound can catch consumers off guard, leaving them fumbling to get the sound turned off. These executions obstruct and intrude on the mobile experience, and it should be self-evident that consumers will not be thrilled to receive them.

Apparently, the Coalition intends to investigate consumer response in other regions to develop a comprehensive understanding of consumer reaction to ad experiences. To me, it seems hardly necessary as I can not believe any sentient adult digital user would appreciate these ad experiences.

The Coalition uses quite a delicate turn of phrase in delivering its findings “encouraging” advertisers, publishers, and advertising technology providers to review its research, and suggesting, for example, that “advertisers can use the initial Better Ads Standards to inform campaign development and execution”. It points out how the Better Ads Standards “can” help publishers and ad technology platforms to provide consumers with improved digital experiences.

From this consumer’s point of view, any advertiser, who ignores these findings shows flagrant disrespect for me.