The rise of the smartphone has Britons screen-focused 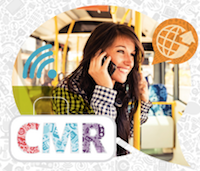 The UK’s media regulator, Ofcom, has just released it Communications Market Report 2018, described as a “study into how technology has ‘revolutionised our lives within ten years’”. It shows how in 2008, just 17% of the population owned smartphones.

Fast forward 10 years, and the picture is very different: Now 78% of Britons have smartphones, and that number rises to , 95% of consumers aged 16 to 24. They check their phones every 12 minutes, two in five adults look at their phones within five minutes of waking up and 37% have another look five minutes before going to bed.

Ian Macrea, Ofcom’s director of market intelligence, said people’s lives have been transformed by the “rise of the smartphone,  together with better access to the internet and new services”.

For more on the report and the link to download, check out the story on WARC.

After US President Donald Trump criticised news media, labelling all those involved as the “enemy of the people”, UN Human Rights Council representatives have condemned his remarks.

They describe the move as “strategic attacks on the press”, adding that “these attacks run counter to the country’s obligations to respect press freedom and international human rights law.”

In another media report, contrary to what her father said, Ivanka Trump stated that “news media is not the enemy of the people”.

To read that story, published by The Economic Times, click here. 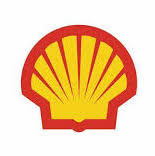 In the big media agency story of the week, MediaCom managed to retain the account of oil and gas giant, Shell following a global review.

The agency has been tasked with enhancing the global brand and marketing voice under the project name, ‘Agency of the Future’.

To find out more about the win, published by Adnews, click here.

The latest Advertising Association/WARC Expenditure Report has revealed that print saw an unexpected rise in advertising spend in the UK in Q1 2018.

Contrary to popular belief that print media is in decline, both in terms of audience and advertising revenue, the latest figures paint a promising picture for print, which will hopefully be replicated in other markets outside of the UK.US

The report also revealed that total UK ad spend grew 5.9% to £5.7 billion during the period.

To find out more about what the report revealed, published by WARC, click here. 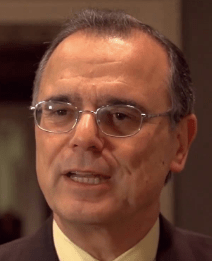 With transparency one of the biggest issues for in the US media agency environment, the  Association of National Advertisers has updated its contract template for media buying agencies.

ANA CEO Bob Liodice said in a statement that while significant progress had been made in bringing more transparency to the relationships between advertisers and media buying agencies, much more was needed. “The new contract template is more comprehensive than the original and contains updates that address the current marketplace. We urge all advertisers to review the changes and incorporate them into their current media agency contracts, where applicable,” he said.
It has a useful addition in a section on language defining best practices for media buying agencies globally and also updates the definition of ‘programmatic media’ and its definition of the term “conflicts of interest” to include the clarification that agencies should disclose “investments if the media agency or its affiliates have a financial connection to a company that provides services to the advertiser.”
For the full AdWeek story, click here.

And just for fun, want to see which British TV ads were finalists and winners in the annual Thinkbox TV Planning Awards?

Check them out here.