Behind the Brand: The current affairs, boundary pushing advertising of Nando’s 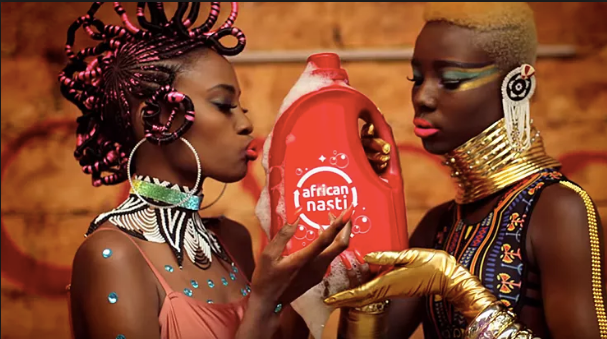 For many people, the brand that epitomises savvy marketing is South African restaurant chain, Nando’s. Whenever something controversial happens in the country, or a landmark decision is made, Nando’s is there with its two cents, often pushing the boundaries with their creativity.

Most recently, the restaurant brand had to deal with a fake advert, created in its likeness after the landmark marijuana ruling in the country. Quick to respond to the fake one, this was again a demonstration of Nando’s’ swiftness, which is one the powerful tools the brand uses to create memorable, conversation-starting creative for its marketing.

We went Behind the Brand with Doug Place, chief marketing officer for Nando’s South Africa, to find out more about the brand’s marketing strategy.

Q: What is Nando’s philosophy when it comes to its marketing campaigns?

We believe we have the world’s best flame grilled PERi-PERi chicken and our belief is that nobody makes chicken like we do, builds restaurants like we do, and loves South Africa like we do. Like most South African’s we are deeply interested in the news of the day. While we hope to inspire thought, we do so light-heartedly in a manner which encourages people to smile, and sometimes even laugh at themselves. We like to Fire Up South Africans in the same way we Fire Up our fresh, home grown chicken.

Q: Nando’s is known to always push the boundaries with its adverts in terms of controversy with topical issues. How does the brand stay behind the line of going too far?

Nando’s prides itself as being a brave brand that has grown alongside South Africa’s young democracy. We understand that South Africa faces important constitutional and democratic challenges, but as a nation we are characteristically good natured and handle things the South African way.

As a proud South African citizen, we take pride in joining conversations and sparking debate around all relevant topics that are in the public interest. Often this discourse involves leaders, individuals and organisations that threaten the hard-won freedoms we enjoy as a country today and are therefore not free from public scrutiny.

We go out of our way not to be controversial as this implies a sense of division, and frankly what we need as a country now is less division and more honesty around our collective challenges. We’re delighted that our advertising (like our chicken) has been enjoyed by the majority of South African’s without alienating or upsetting anyone.

Q: What is the idea behind Nando’s latest advert and its messaging?

Nando’s has always celebrated everything uniquely South African! We fire-up conversations and felt that talking about the current hyperbolic portrayal of what it means to be African is one such conversation. The rise of “Afrofuturism” and its beautiful aesthetic is rightfully celebrated, but the way in which brands have been depicting and portraying South Africa is getting seemingly repetitive. There’s so much more to being South African than this one narrow vignette, so we thought we’d have a smile at the ever-so-seriousness of it all.

Q: How difficult is it to continue to tell the story of Nando’s, an iconic South African brand?

Q: How does the brand keep marketing ideas fresh, as opposed to falling into a cliche with the same type of adverts over and over again?

For us, it’s about using current affairs and stories on the national agenda to remind South Africans that Nando’s will always be finely tuned to the events that get them talking. We care about the things that most South Africans care about, and as things change we’re with them in every funny, tragic, and often perplexing moment.