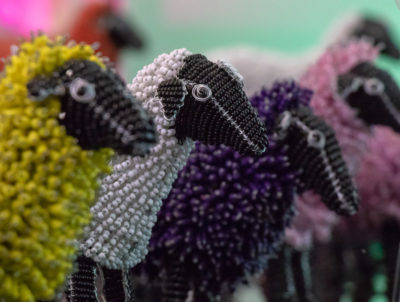 The shortlist for the highly anticipated AMASA Awards, taking place on 10 October 2018, is finally here! A record number of entries have been received this year from specialists across media, creative, direct, PR and specialist agencies.

AMASA chairperson Wayne Bishop revealed, “We’ve also brought in a new category ‘AMASA Awards Agency of the Year’ which will go to the agency with the most number of shortlists, certificates and Golds.”

Long standing AMASA committee member and judge Wayne Bischoff had this to say: “There is still a large gap between the entries that won Gold and the majority, and that gap needs to be filled. AMASA will endeavour to give feedback in an open session on what is missing and how to level up. There was definitely uncertainty in what ‘insight based’ media strategy meant and many of the ‘insights’ that should inform the strategy were just facts. A fact without the insight it points to is useless.”

The shortlisted agencies are: 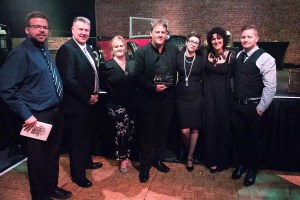 In the marketing space, every industry presents its own particular challenges – from perfume to porridge to painkillers. But in the funeral industry the challenges seem particularly, well, fraught. Death makes most marketers – and most people – uncomfortable, and yet it’s the one certainty, besides taxes, in the collective human experience.

So, when BRAND et al set out to differentiate funeral service provider and insurer AVBOB in the sector, they needed a carefully crafted strategy with depth and gravitas and longevity. The truth is, AVBOB deals daily in death, and loss is their true locus; not just the loss of a loved one, but the loss of words in the face of that loss – grief renders us mute. This was a consumer insight – a consumer tragedy – begging for remedy. How to provide the bereaved with words of comfort when they need it most?

None of AVBOB’s competitors had attempted to meet this need. The funeral space has always been marked by price wars, with no single operator standing out. In an industry selling something between a grudge purchase and a commodity, the time was ripe for disruption and differentiation. And what better form of disruptive differentiation than the ‘soft power’ of poetry, the perfect vehicle to express loss? BRAND et al and AVBOB gave the market something they could not ignore – the gentlest form of bereavement support, through the most unorthodox sponsorship: The AVBOB Poetry Project.

Together with their client, BRAND et al conceptualised an online poetry competition – the AVBOB Poetry Competition – open to all South Africans, of all ages, in all 11 official languages, to build a bank of elegiac poems for the benefit of the bereaved, and for all South Africans in their time of need. But both client and agency could never have anticipated the response: over 20 000 poems were entered – unprecedented anywhere in the world!

The competition was officially announced on Mandela Day 2017, and the media response was astounding. The launch was supported by an ongoing digital and social media campaign, to spread awareness, grow the following, and engage the market. Social media platforms were alive with the comments of appreciative poets who had finally found a place to unburden and hone their craft. This was purpose-driven storytelling – user-generated content – unseen before.

Driven by multi-media documentaries, a PR campaign and targeted social media, the project went on to generate a free online anthology, and a 100-poem print anthology. The unorthodox nature of the project generated massive intrigue and extraordinary results. And the call grew for the competition to be institutionalised as an annual event – so, Year 2 of the competition launched anew on 1 August 2018. Endorsements from major literary figures, such as Nobel Laureate JM Coetzee, poured in, and the project garnered local awards and drew international attention through its nomination for several awards at the M&M Global Awards.

And on 20 September, at a glittering gala in London, held at the iconic Troxy Theatre, BRAND et al and AVBOB, competing against 29 other countries, went on to win the M&M Global Awards Best Global Campaign for Financial and Utility Services. The project immediately drew the attention of the judges, who felt that this campaign offered an unusual, sustainable and meaningful solution to what is a truly universal phenomenon: muteness in the face of grief. They felt the campaign went further, by creating a vibrant, organic community of poets, by foregrounding poetry as a significant social resource, and by demonstrating AVBOB’s positioning statement: ‘We’re here for you’.

In line with its focus on bringing people together and building communities, Facebook has announced the names of three South Africans who have been selected to join the Facebook Community Leadership Programme as Fellows.

They are as follows:

Since announcing the programme in February, Facebook received more than 6,000 applications from all over the world. A selection committee, which included employees as well as community experts from outside of Facebook, reviewed each application to identify leaders with a strong, clear and committed vision for their community.

Five global participants have been selected as community leaders in Resident, who will each be awarded up to $1,000,000 to fund their community initiative. The final amount received will be determined based on final budget proposal created and submitted by each resident as part of their program training.

Kenya’s Noah Nasiali was selected as Africa’s only leader in Resident on the programme. He has brought together more than 100,000 farmers across Africa through a Facebook group in less than a year. Farming is one of Africa’s most important industries, and Noah’s community helps farmers obtain and share critical information.

The programme will also host more than 100 fellows and youth participants around the globe, who will receive up to $50,000 each to be used for their community initiative.

Journalism the winner at Sikuvile Awards

This year’s Standard Bank Sikuvile Journalism Awards winners are a showcase of the bravery of local journalists who strive to bring stories of public interest to citizen’s attention, thus bringing into effect change in the country.

The South African Story of Year was awarded to the Gupta Leaks, a collaboration between journalists from the Daily Maverick, Amabhungane and News 24. This was story that had to be told, says Susan Comrie of Amabhungane. “To ensure that the story was presented to the public everyone knew their role and fulfilled it.”

The Daily Dispatch’s Bongani Fuzile was named Journalist of the Year while South African Story of the Year went to the Gupta Leaks, a collaboration between journalists from the Daily Maverick, Amabhungane and News 24.

The story “We Found them” is about the miners who are sent home to the Eastern Cape following years of working in the mines, bit without a proper retirement package. Many of these miners are also ill. The story won the Enterprise News category for Fuzile and Journalist of the year. He says the story is an example of what journalism is about. “We pushed and pushed until the miners received some sort of retirement benefit. This made the story worthwhile,” says Fuzile.

“In total the entries all showed the courage of their conviction and this shows hope for our country. The Awards are a celebration of verified journalism,” says 2018 Convening Judge Mathatha Tsedu, commenting on the entries this year. 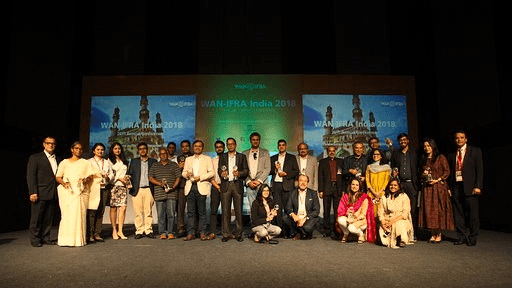 The awards, a joint initiative by WAN-IFRA and Google, recognise best practice innovation in digital publishing worldwide. The Gold award winners will subsequently compete in the World Digital Media Awards that will be announced in Glasgow in June during the 71st World News Media Congress 2019.

This year, The Scroll won the coveted Gold award in ‘Best in News Website’ category. The Quint bagged the gold for ‘Talking Stalking’ under the ‘Best Innovation to Engage Youth Audiences’ category. The ‘Best Digital Start-Up’ saw two Silver award winners – Sakal Media Private Limited for the Agrowon App and The Hindu for Briefcase.

This year’s winners are:

The MOST Awards celebrated its 10th year this year and with their decade of hard work, comes the event’s stripes in solidifying the event as the media industry’s respected benchmark of excellence.

The Out Of Home category is the biggest category at the awards; this year there were 25 Out Of Home companies competing for the MOST Awards title of Best Out Of Home Media Owner.

Voters wrote the following about the Alliance Media team, “They were rated especially higher against the criterion “Sales Service Delivery”. One voter explained: “Alliance Media provides us with the best value and service in the business.” Another said: “Alliance Media is a strong and innovative OOH company and has an incredibly passionate team which is evident in their work.” A third added: “Alliance Media has great people who are concerned about their clients’ brands and they keep up with the ever-changing environment. Their coverage around Africa is unmatched and they have local offices making speed to market even faster.”

Winning the Best Media Owner in Africa award for the second year running has shown consistency of service and understanding of the OOH landscape in Africa by Alliance Media.

“We are proud of our achievement and thank our incredible teams in 23 African countries and our amazing clients who have made us Africa’s leader in Billboard & Airport Advertising,” says Greg Benatar, the group sales and marketing director at Alliance Media.