A young creative mentoring the next generation 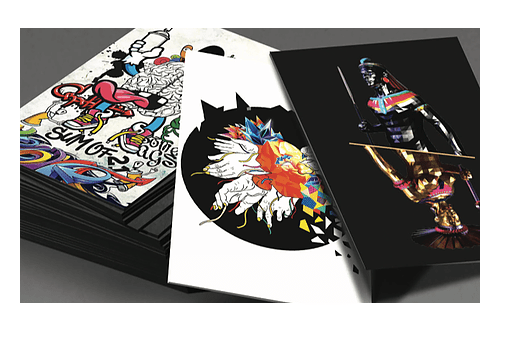 With his love for art and design having started at an early age, Tshegofatso Serumula honed his craft as part of the 2017 Sum of 21 Academy programme.

After graduating he was kept on as a junior graphic designer. His job includes interactions with clients, and creative problem-solving in response to their briefs, along with guiding and mentoring the interns who are part of this year’s programme.

When receiving a brief, Serumula advises that you have to get to know the client more personally, exploring what they like, don’t like and how they perceive their brand and image. Thorough research on the client is vital.

He predominantly works on print and layout projects, with a couple of websites thrown in here and there. With digital, the reader needs to grasp the brand in the first three to five seconds, he stresses, whereas with print a dominant image that grabs readers’ attention is the main focus, followed by the copy.

Serumula identifies artificial intelligence (AI) as an element to watch in the design space, believing that it will become a major element utilised during the process.

“In a way, I look at the future with a bit of fear, but I still think the traditional method of graphic design will live on, whether AI becomes the main thing or not,” he says. 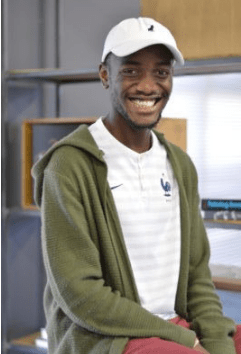 Speaking on what the intern programme meant to him, Serumula says, “It was a great experience and had an impact on my life. I was lucky to be chosen to stay on after graduating. I’ve grown since starting as an intern to where I am now, and have expanded my talents.”

Clients who are not satisfied, tight deadlines, and creative blocks are some of the challenges that Serumula faces as a graphic designer. He re-emphasises that it’s a lot of hard work, and describes advertising agencies as “a tough industry to be in”.

He adds that, “Sum of 21 is something other companies need to do, because if you get internships at other agencies, it’s just pure luck. Sum of 21 is giving young creatives a chance to be in the space, and see what the industry is all about”.

He wants to see more incubators for young creatives, like Sum of 21, in the South African media industry.

Having been through the intern programme himself, Serumula is now guiding and mentoring members of this year’s class. His approach to mentoring is simple, “When guiding interns, it’s important to first get their point of view of what they think of their work, and then after trying to grasp where they are going, you try and guide them, telling them what would work and what wouldn’t work, and how they see it.”

He believes in leading from the back, not from the front, allowing the interns to chart their own path, rather than dictating where they should be going.

Asked about the differences between working with young creatives and more experienced agency people, Serumula says the former are very up-and-about, livelier, and bring fresh energy, ideas and angles.

He says that while the latter can be fussy and tend to over analyse work at times, working with them sharpens your skills because they know the industry, and bring the knowledge and experience to pass on to you.

Becoming an art director and opening his own advertising agency are dreams Serumula has for the next five years of his career. He also wants to keep gaining experience and is keen to work with as many agencies as possible.

Serumula did visual arts and design at high school level and decided to pursue it in his tertiary studies. He completed a three-year Diploma in Media and Graphics, and before joining Sum of 21, was part of internships at other agencies as well as a short stint at BrandJam as a junior graphic designer.