LATEST NEWS
Home Digital Mobile When is a view not a view?

When is a view not a view? 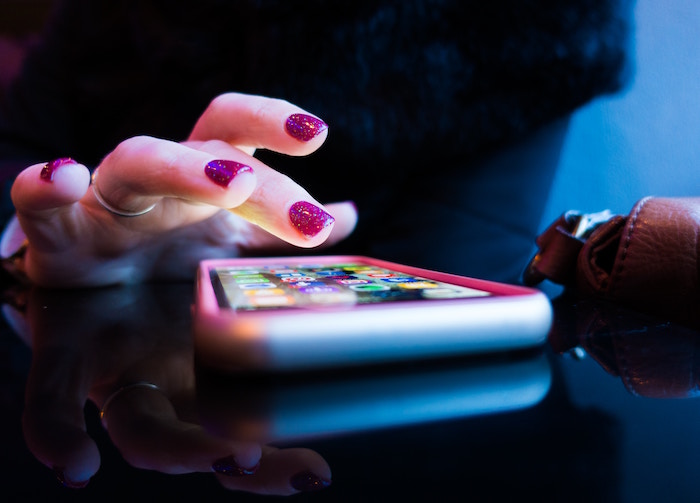 Mobile advertising should be burgeoning in South Africa, but it faces some serious challenges: the same triad of brand safety, ad fraud and viewability that dogs digital advertising globally.

There was a tipping point in 2017: not only did internet advertising overtake traditional television to become the biggest global advertising medium, but mobile ad revenue overtook desktop for the first time, according to Zenith’s Advertising Expenditure Forecast September 2018. [WARC is predicting a positive mobile ‘tipping point’ for 2019, watch this space. ~ Editor]

Locally, the January – June 2018 Establishment Survey showed that 69% of adults personally use a smart or feature phone; among SEM supergroup 5 this rises to 95%. With South Africans being six times more likely to access the internet via their mobile phones than via desktops, it is no surprise that Narratiive’s September 2018 report on South Africa Online showed that 69.8% of unique browsers are from mobile devices.

While these statistics suggest mobile advertising should be burgeoning in South Africa, it faces some serious challenges: the same triad of brand safety, ad fraud and viewability that dogs digital advertising globally.

“I think one of the biggest challenges is the universal lack of standard/agreed definitions around mobile ‘viewability’,” says Rick Joubert, CEO of Yonder Media. Mediamark’s head of digital, Mark Botha, concurs. “The major issue, at this stage, is that the standards and requirements differ across the industry. There don’t seem to be any clear and agreed benchmarks that everyone can adhere to,” he says.

Botha says there are “very few conversations where viewability doesn’t come up as a point of discussion”, but he suggests that for many advertisers, it ranks a very close third, behind brand safety and fraud. “How seriously it is being taken, and the measures that are being applied to manage it varies, depending on who you are talking to. Many of the major (international) agencies have firm viewability benchmarks that they are driving across the campaigns that they run, and then others let the success of their campaigns rather do the talking, allowing click throughs or engagement metrics to determine the success, rather than focusing on how viewable the campaign was,” he explains.

Moving publishers to trading in VCPM

One of the agency personnel taking a firm stance on viewability, is Clare Trafankowska, head of digital: Absa at Carat Possibilities, who trenchantly asks the question: “Wouldn’t it be wonderful to truly receive what you set out to purchase?”

Certainly, no advertiser sets out to purchase non-viewable ads. While she feels clients and agencies should simply state they “no longer trade with/in this fraudulent economy”, her view is that “moving media owners to trading in VCPM’s (viewable cost per thousand) is the first step in the right direction, as I believe it will force the industry to improve (albeit slowly) on the quantity of such inventory, as at this stage there would be a finite pool available”. This first step is crucial to restoring advertiser faith in the integrity of the digital industry.

Ogilvy Cape Town’s head of digital strategy and head of data and analytics, Evan Milton, asserts that as a full service modern marketing agency, “we’re active in discussions with the major platforms and publishers about improving the return on marketing investment for our clients” and “also involved with the IAB and its initiatives around brand safety through the Agency Council, and in our discussions with publishers and clients with the Publisher Council”.

Botha acknowledges that “the client and publisher engagement by the IAB and Mobile Marketing Associaiton (MMA) is going a long way to bridge the gap” but suggests this “needs to go a lot faster” because as long as the benchmarks remain contentious, “it isn’t good for anybody”. Craig Nicholson, sales director of The SpaceStation, agrees that the lack of a set guideline/industry standard on viewability is “creating friction between advertisers, publishers and ad-tech companies”.

He concedes that it is a tricky issue, with “the nature of mobile consumption impacting on viewability. Audiences tend to have a shorter attention span, smaller real estate where they are consuming their content and much quicker scrolls. These factors all impact on viewability”.

A fragmented supply chain of hundreds and thousands of mobile sites and websites, each with its own digital ecosystems and viewing context, compounds these challenges as Milton points out. For him, “The biggest issue is in-app measurement, both in terms of an agreed metric, and in terms of how it’s actually executed by an app and the SDK (software development kit) that it’s using – and the fact that we’re often looking for scale and diversity with a media placement so there may be, literally, hundreds of apps that need to be tracked”. However, he believes the “good news is that bigger publishers and reputable app vendors are well aware of the issue and are working to get better and more accurate tracking”.

Indeed, Nicholson explains that 24.com has followed guidelines set by the UK IAB for measuring viewability. These are for a viewable display ad, a minimum of 50% of pixels in view for a minimum of one second, and for a viewable in-browser video ad, a minimum of 50% in view for a minimum of two seconds. He expands this by saying, “We’ve done a lot of analysis around user scroll behaviour and aligned our ad placements accordingly while updating our tagging infrastructure. All this coupled with audience targeting to relevant brand safe content has added positive results”.

Lisa MacLeod, head of digital at Tiso Blackstar Group, says, “We have been intently focused on building technically superior sites (hosted on Google App Engine) that are https compliant, resilient, scalable and fast, as well as focusing on ad placement, async loading and AMP technology. We have been testing new technologies and partners from an ad serving and tracking and measurement point of view and are working on viewability specifically with a leading international tech partner in this field”.

This focus has paid dividends for both publishers. As Nicholson says, “Our viewability tends to be better than industry norms and certainly better than the social media landscape, so this is becoming something of a competitive advantage for us”. Similarly, MacLeod says, according to their viewability partner data, “we are already ranking in the top global averages for viewability on most sites and positions and are using that knowledge to improve where improvement is needed. Our aim is to be the publisher with the highest viewability standards in SA, and to be able to report viewability metrics at a very granular level back to clients”.

Improved viewability standards will lead to less inventory to sell. Botha is sanguine about this, saying, “Why should clients have to put up with such wastage?” But he points out that “the flip side of that coin… is that (this) wastage fuelled the mass discounting of mobile inventory in the past, as there were tons of impressions available to play with before viewability came into the picture. Now that truly valuable inventory is being identified there will need to be some level of acceptance that a fair price will need to be paid for these, and the days of buying mobile inventory for rock bottom prices are over”.

Nicholson expands this point, saying there is an expectation that “programmatic is a cheaper alternative when buying digital media”. This is only so because the inventory traditionally offered programmatically has been less valuable in nature due to its placement, and therefore, its viewability.

“By introducing premium programmatic, preferred programmatic and programmatic guaranteed deals into the market, we have been able to offer clients the seamlessness and efficiencies associated with programmatic along with the benefit of high premium, and therefore very visible, inventory,” he says. “Of necessity, these deals cost more. This is inevitable since this is the most valuable inventory publishers have available to sell and it is in high demand.”

He believes a loading is justified to offset the cost of accredited vendor(s) and additional resources having to be applied, as well as the relative scarcity of the more viewable inventory.

While global advertisers and the big publishers have the issue of viewability firmly in their sights, there is a long tail of smaller players who may not bring as much sophistication to the issue.

Nicholson believes that “clients need to become more discerning in their digital purchasing behaviour” and argues that ‘brands should also be aware that some of the responsibility of viewability falls within their own sphere of influence. Factors such as system latency and heavy creative also affect viewability and it is important that these are optimised to improve viewability”.

Arriving at an agreed local standard is not something that can simply be delegated to industry bodies, it requires the engagement and commitment of all stakeholders.