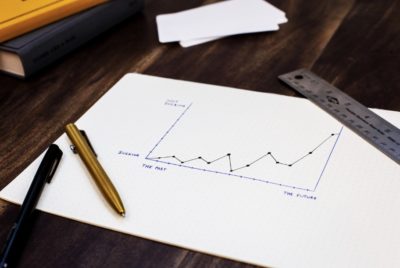 [PRESS OFFICE] The Living Standards Measure (LSM) is a segmentation tool widely used since the 80s. Recently though, there’s been growing criticism surrounding its accuracy and relevance in present day SA.

When it comes to the LSM party, I think it’s safe to say I arrived just as it was ending. In a recent poll we ran on our Arc Interactive Facebook page, 78% of people said they do not think LSM is still an accurate way to segment audiences. During my research, I found the same sentiment, leading me to realise that LSM is losing popularity rapidly. Why is this the case and if it’s really on its way out, what should we be using instead?

A system for a bygone era

One would think that an established measuring system that has been widely used since the late 80s would have gained a firm and positive reputation at this point. However, considering the profound political, social and economic changes our country has undergone in the last 30-odd years, a measurement system first conceptualised prior to 1994 would (understandably) be outdated in significant ways.

Columinate explains that the LSM “takes 29 different factors into account to classify consumers”, focusing on ownership of cars and major appliances, as well as the “degree of urbanisation” in which the consumer resides. Looking at these focus points alone, it’s easy to see where LSM would fall short.

According to Piet Geustyn, LSMs are basically irrelevant in fluctuating township areas (in which as much as half of South Africa’s urban population reside) and don’t allow for the detailed, time-consuming analysis of township consumers which is needed in order to effectively market to them.

Change is often a slow process, and the shooing away of the LSM is no exception. Many strategists and even entire marketing departments and agencies still make use of LSM when justifying their marketing efforts today. While I’m sure they have their reasons for continuing to use it despite its now widely-known shortcomings, I can’t help but feel that this may be an “old dog, new tricks” scenario – where professionals who have been using the system for years and are familiar with it simply feel more trusting of LSM and are reluctant to try any alternatives. Wait, there are alternatives?

New kids on the block

Just because the LSM is perhaps the most well known segmentation tool in SA, doesn’t mean it’s the only one. According to Media Update, the TGI (Target Group Index) and SEL (Socio-Economic Levels) measurements are segmentation tools which could be equally, if not more useful than LSMs.

Another strong contender which has emerged in recent years to de-throne LSMs has been the Socio-Economic Measure (SEMs). This measure is shown to be a more accurate representation of the South African consumer landscape when analysed directly side-by-side with LSM findings.

It’s the responsibility of marketers and strategists to stay on top of new and emerging trends and be connected and aware of the constant societal changes and shifts. After all, you can’t communicate a brand message if you’re not part of the current dialogue. Now that we’re in the era signifying the end of the LSM, it’s up to you, as a marketing professional, to decide what you’ll be using for your measurements moving forward.

Zapriana Atanassova is a digital copywriter and community manager with a passion for creativity and communication. After majoring in Journalism and International Studies at Monash South Africa, she found her place among the creative (crazy) geniuses of the Arc Interactive team – a digital marketing agency based in Sandton, Johannesburg.