Posted By: Michael Bratton: May 15, 2019In: Broadcasting
Print Email 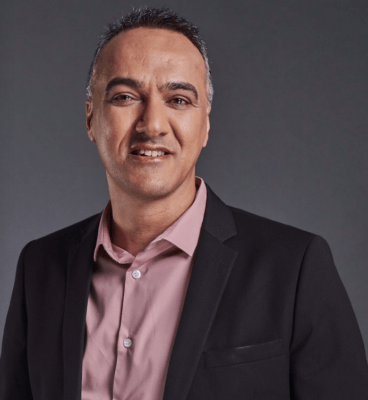 “We have to give clear demonstration that we are not just a leading broadcaster, but also a leading innovator as well, that is data led, with full digital capabilities and the ability to integrate those in our offering when we go to the marketplace.”

With the challenge of new players in the market, and agnostic audio forms on the rise such as podcasts, smart speakers, and online streaming, for example, it is vitally important for the group to stay up to date, relevant, and ahead of the curve.

Since joining Primedia Broadcasting in October last year, these are D’Oliveira’s priority areas:

Overseeing four radio stations – 947, 702, CapeTalk and Kfm – as well as news brand EWN and civil society organisation, Lead SA, D’Oliveira says his impressions from the outside before he arrived were of strong, attractive and healthy brands. “That was confirmed when I started, when I started looking at audience numbers and commercial numbers, share numbers, audience profile portraits. The last RAM release validated the numbers,” he says.

Despite 947’s listener numbers being slightly down in the last release, and a small dip in revenue for the two talk stations, D’Oliveira is happy with all the brands, especially since revenue is up on the two music stations.

To highlight its dedication to and focus on good programming, Primedia Broadcasting is working on setting up a programming conference, which will be a first for the group. Programmers, producers, and presenters will all add valuable insights at the event, as D’Oliveira continues to build relationships with each of them.

The year of audio

The European Association of TV and Radio has pegged 2019 as “the year for audio”, adding that “when the screen is on, the audio is also on”, something D’Oliveira agrees with.

He reveals that several factors, including time spent listening, audience listenership, and in-car listening are up, while other media types are battling with audience attention. The case for radio in the advertising media mix as a hardworking credible solution is rightfully due.

“Make sure your content is absolutely on-trend, on-pulse, and resonates. Another thing we see is that more and more brands are looking for curated solutions when they do use radio. It’s no longer just about the 30 second generic radio ad, which is either a brand building thing or a promotion-led ad. They’re also looking to ‘how do we unlock it beyond the radio ad’, so through events, digital platforms, and audio,” advises D’Oliveira.

A solid relationship and handover

D’Oliveira took over from Omar Essack, who was promoted to CEO of Primedia Group, and before the former had even arrived, the latter was building a solid relationship between the two.

“He armed me with strategy documents, info about the initiatives, the challenges being faced, he asked me for my views on things. It was very much him inviting me to learn the business and the people,” comments D’Oliveira.

Essack facilitated D’Oliveira’s induction into the business, as well as his meeting with the Exco, and to this day, the two maintain a one on one relationship, whether it is WhatsApp messages, formal sessions, board meetings, or coffee chats, despite their busy schedules.

The journey to this point

Despite not looking to make a career move, D’Oliveira says he was approached by a recruitment firm commissioned by Primedia to find a new CEO for its broadcasting division. After a series of interviews, he was offered the position, which he accepted and relocated from Cape Town to Johannesburg.

Coming from an agency background has served D’Oliveira well as he can draw on relationships he previously built. Also, both worlds (his past and present) have a customer-centric focus, but he is still learning the technical fields and disciplines of broadcasting, as well as the art, craft and technicalities of programming.

Straight out of university, D’Oliveira entered the automotive industry on the marketing side, where he stayed for seven years. He then shifted for the next 20 years to the creative advertising industry, with his last stint being managing director of FCB Cape Town and FCB Connect.

The man behind the position

D’Oliveira describes his leadership style as accessible, creating an enabling environment, and generating purpose internally. He hopes his legacy at Primedia Broadcasting will be, “Eric grew people”.

He was asked recently ‘what one word describes you?’ and he believes it is ‘purpose”’ Other labels he applies to himself are “eternal optimist, believer, loves winning, believes in failing forward, and unfinished leader”.

D’Oliveira is also an absolute sports nut, having been a semi-professional soccer player. He still keeps active with golf, tennis, table tennis, and hockey, and touts one of his achievements as playing snooker against Darren Whackhead Simpson and only losing by one ball. He is an avid spectator of “anything with a ball”.

When not working, D’Oliveira spends time with his wife and nine year old daughter, reading, looking for great restaurant experiences, and is a proponent of side street travelling.