Confessions of a newspaper junkie 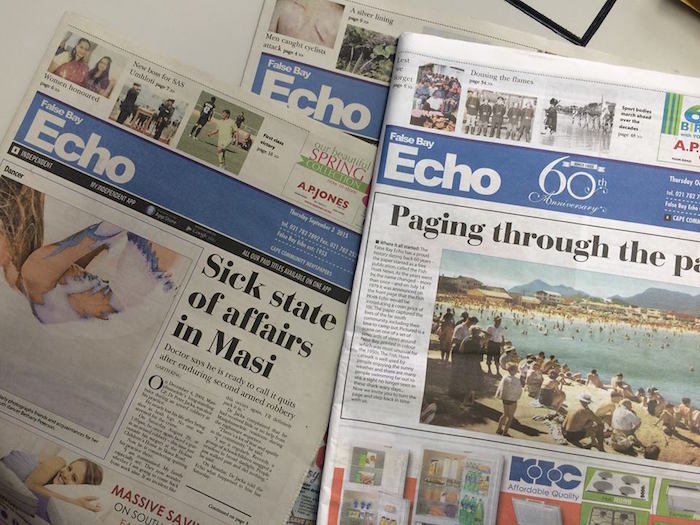 
[COMMENT] Even before I started my first job as a newspaper journalist, I was a junkie. Completely hooked on daily and Sunday newspapers from the time I could read.

Ink ran through my blood and we newspaper reporters were the elite among the TV and radio bunch.

Those were the days when reading the Sunday newspapers would take at least two hours on average, and just about as long for the dailies.

I remember that in the heydays of The Star, even the classifieds and comics would take a solid half hour to page through.

Later on, TV news came along, but that was horribly biased SABC stuff and almost completely lacking in quality and credibility. Radio news began making inroads and non-SABC independent stations, such as those now owned by Primedia, started building in quality and professionalism

But, newspapers were still the go-to media medium. Especially those in The Argus Group – before the Irish came in with their vicious cost cutting and lack of interest in journalism.

Now, I have a confession to make. I am still a newspaper junkie and ink still runs through my veins. But I simply don’t read daily newspapers anymore. None at all. Occasionally at a coffee shop I will find a daily lying on my table and I’ll glance through it. An exercise that takes all of three or four minutes and usually ends up curdling my coffee. All the news I would have got the day before off the internet or radio.

Occasionally, on a Sunday, if someone in the family buys a paper, I’ll have a squizz, but that again takes about half an hour.

However, my enthusiasm comes alive when our two local community newspapers arrive on Tuesdays and Thursdays.

I devour them with a hunger of old.

Not because the journalism is all that great. Frankly, the almost draconian Argus Style Book would have curled its pages at the edges with some of the atrocious grammar.

The thing is, those community papers give me wonderful insight into what is happening around me. That is what makes these newspapers great. I know, too, as a marketer, that their shopping inserts work an absolute dream and rate as some of the most effective retail advertising around.

So, while some newspapers are dying, they are the dailies and weekenders. Whose owners live in the past and to make matters worse, keep laying off journalists and bumping up their cover prices to stay alive, in the hope that some sort of miracle will take them back four or five decades.

It’s not going to happen because there are a lot of people like me who were newspaper junkies, who simply can’t be bothered to have their coffee curdled.

The future of newspapers is community. From a marketing point of view – finely targeted communities.

I think these small newspapers are going to be around for a long, long time.